Dieter Blum is, next to Norm Clasen and Richard Prince, probably the one you directly associate with the „Marlboro Man“ campaign.
When he produced the first test shots in 1992, both client and agency (Philip Morris and Leo Burnett respectively) were not satisfied. The samples disappeared in the drawer. Blum nevertheless received the order (1 year later). In 2016 the unpublished pictures from the test shooting for Marlboro were published in an exhibition as well as in a book. The early shots break with the lonely hero, not showing him in the wilderness, not driving cows or taming horses. He deliberately breaks with the cliché of the lonesome cowboy, shows him in everyday situations. At the barber, in a bathtube, in the pub. 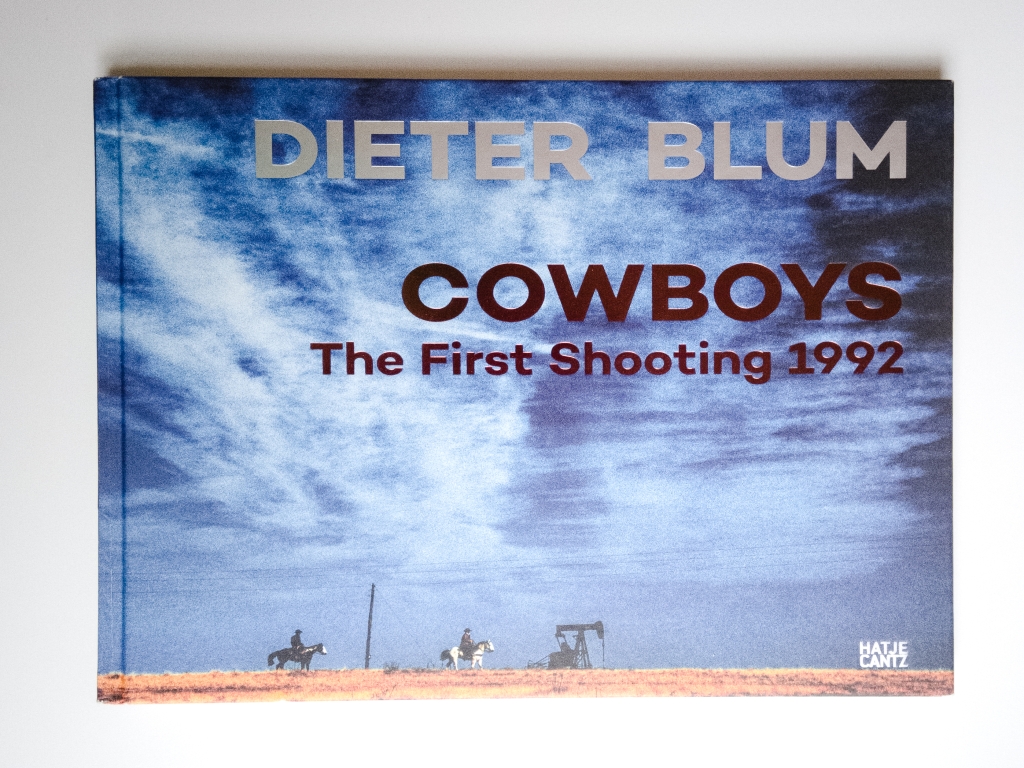 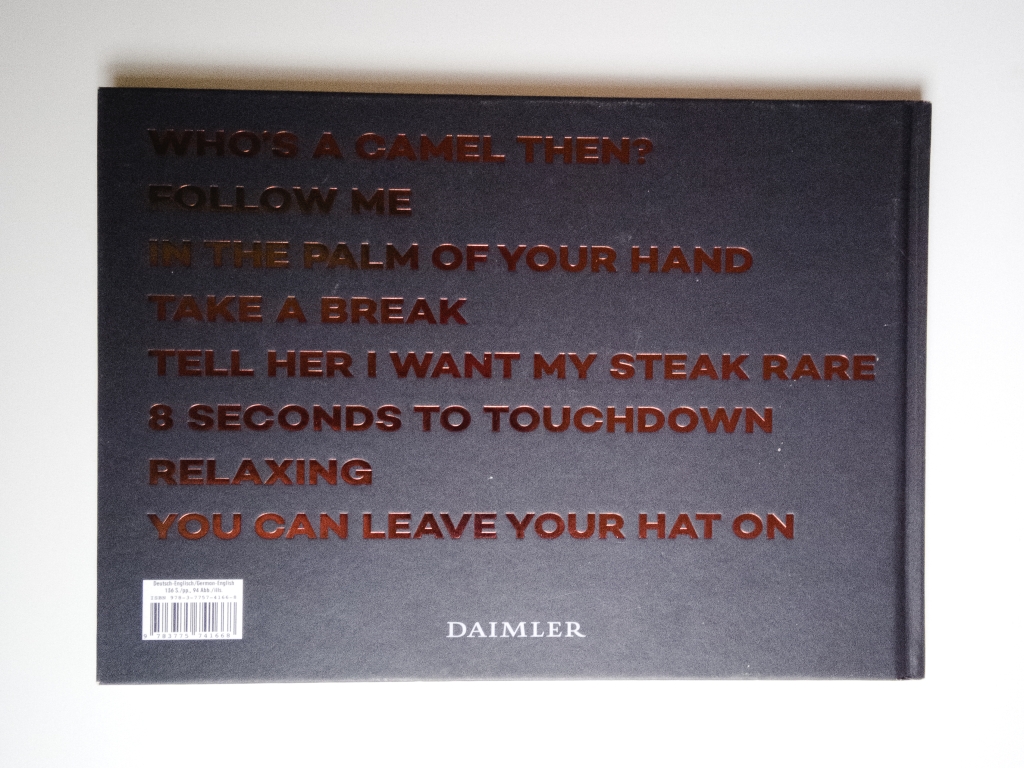 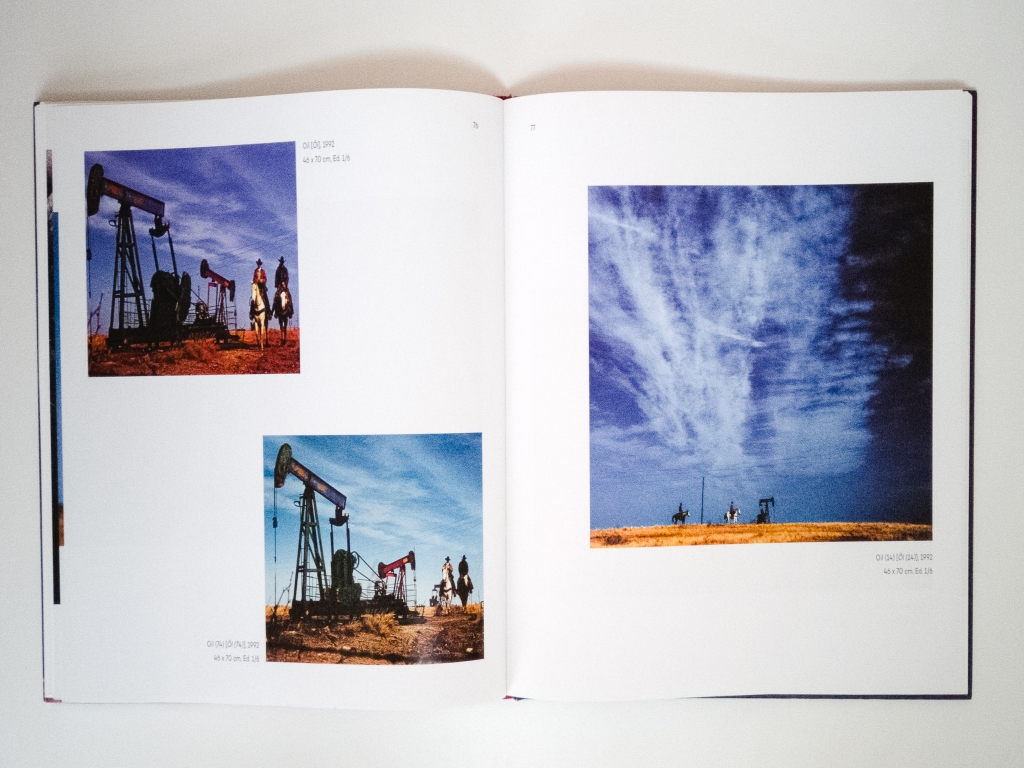 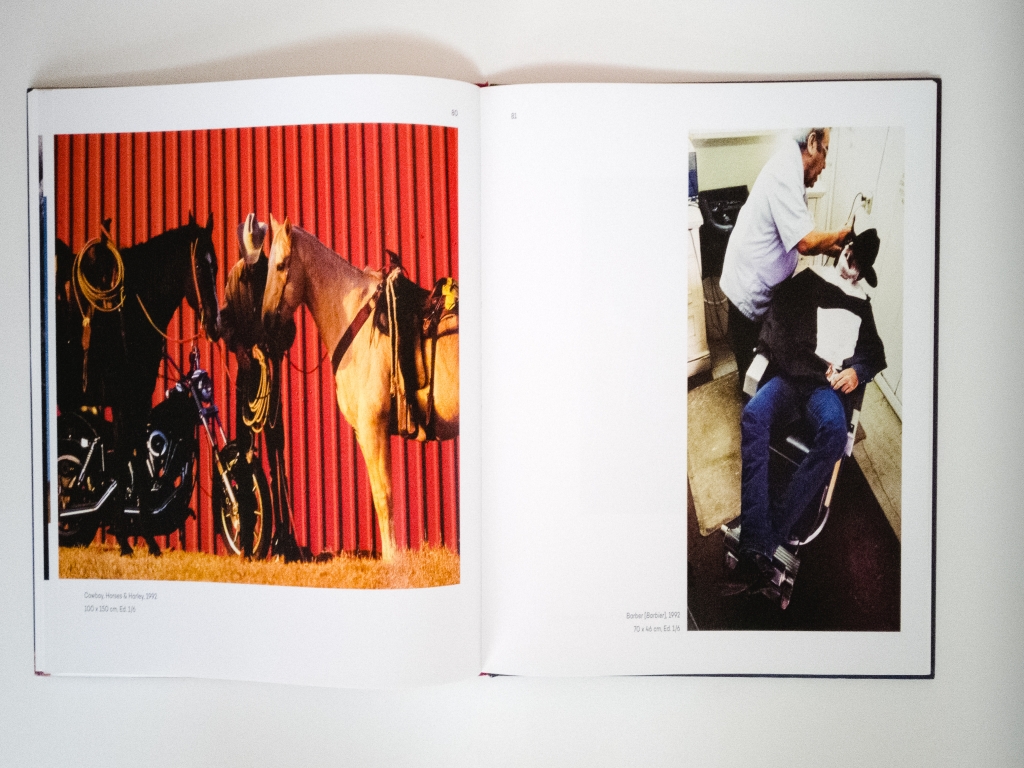 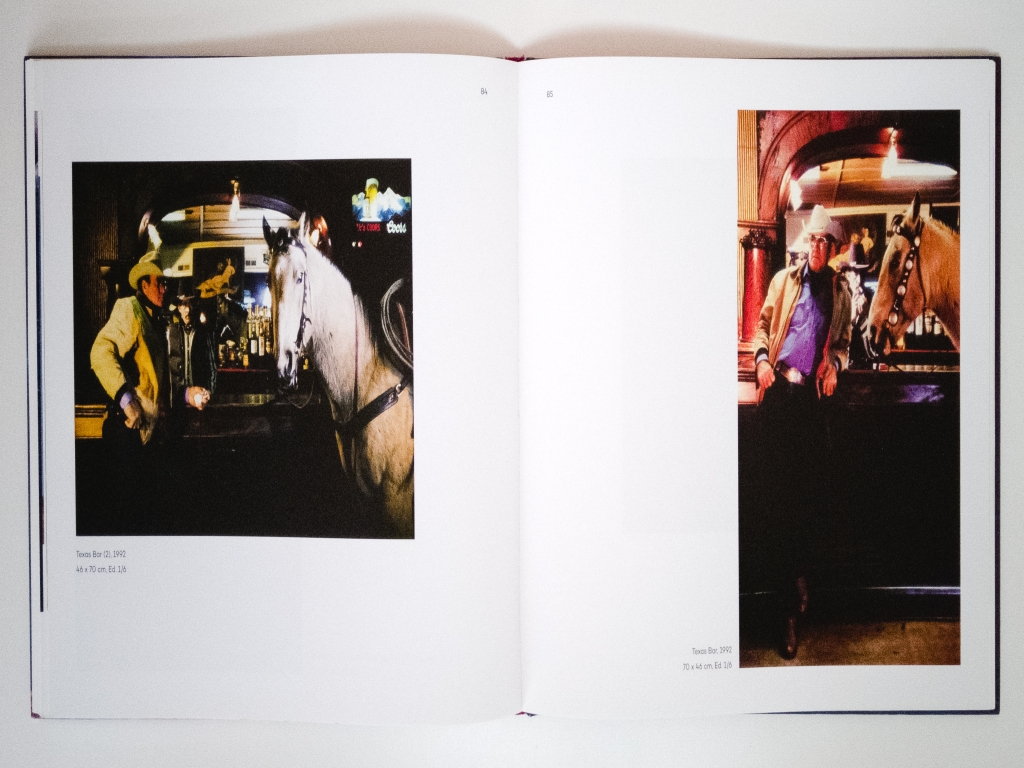 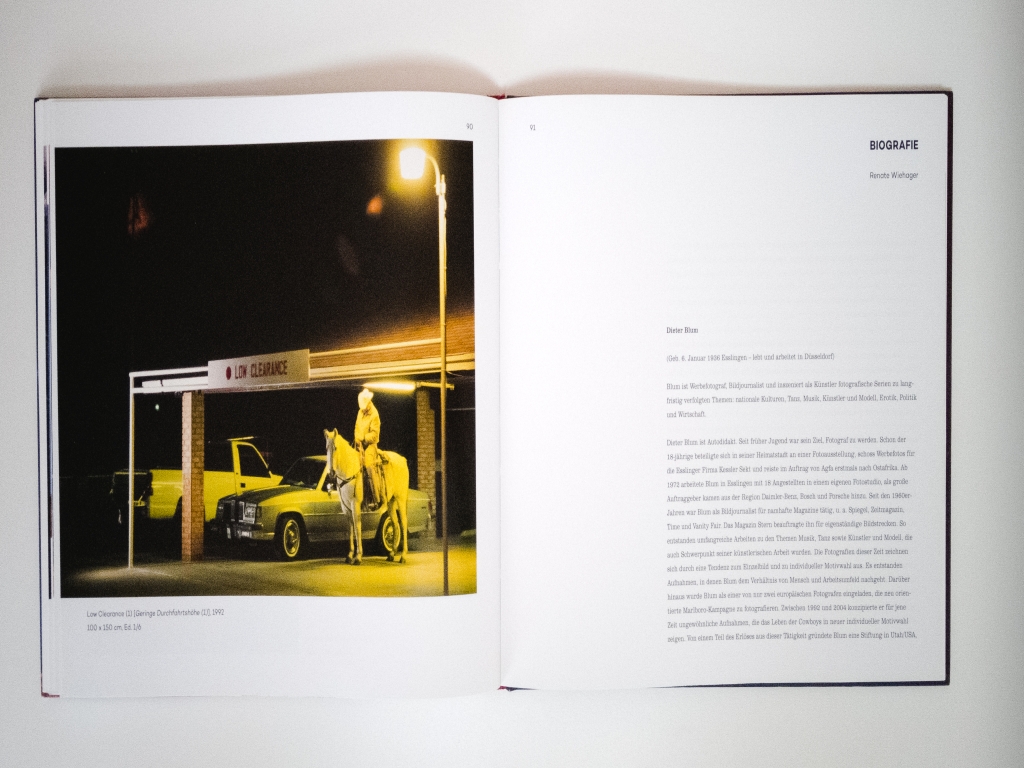 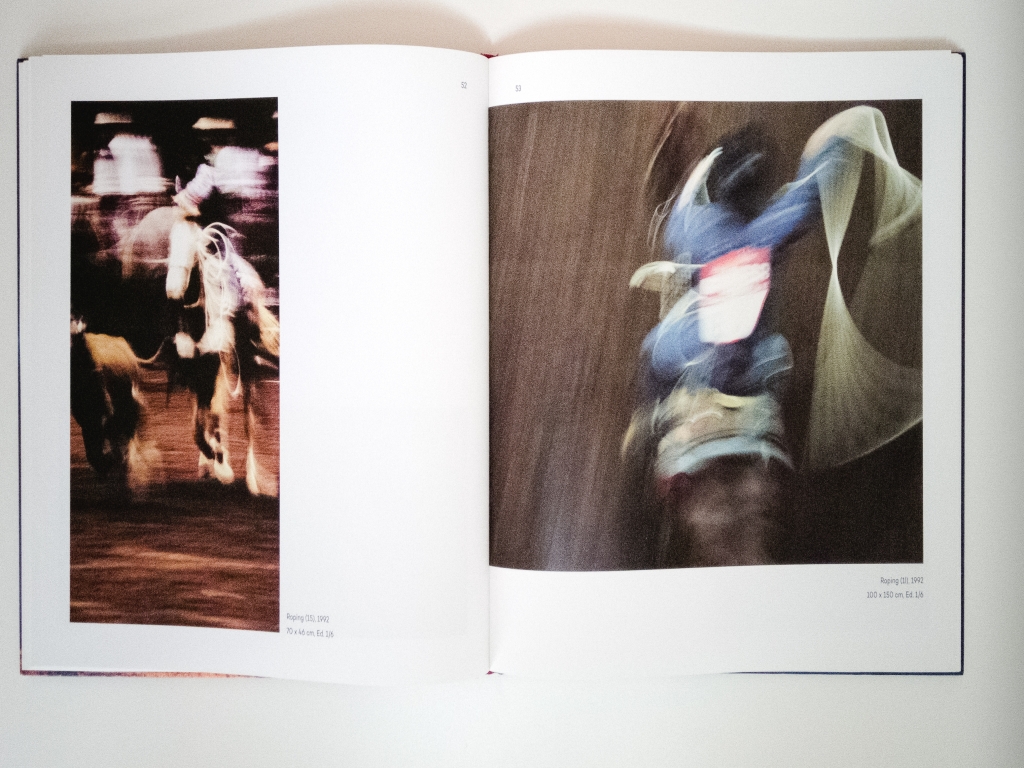 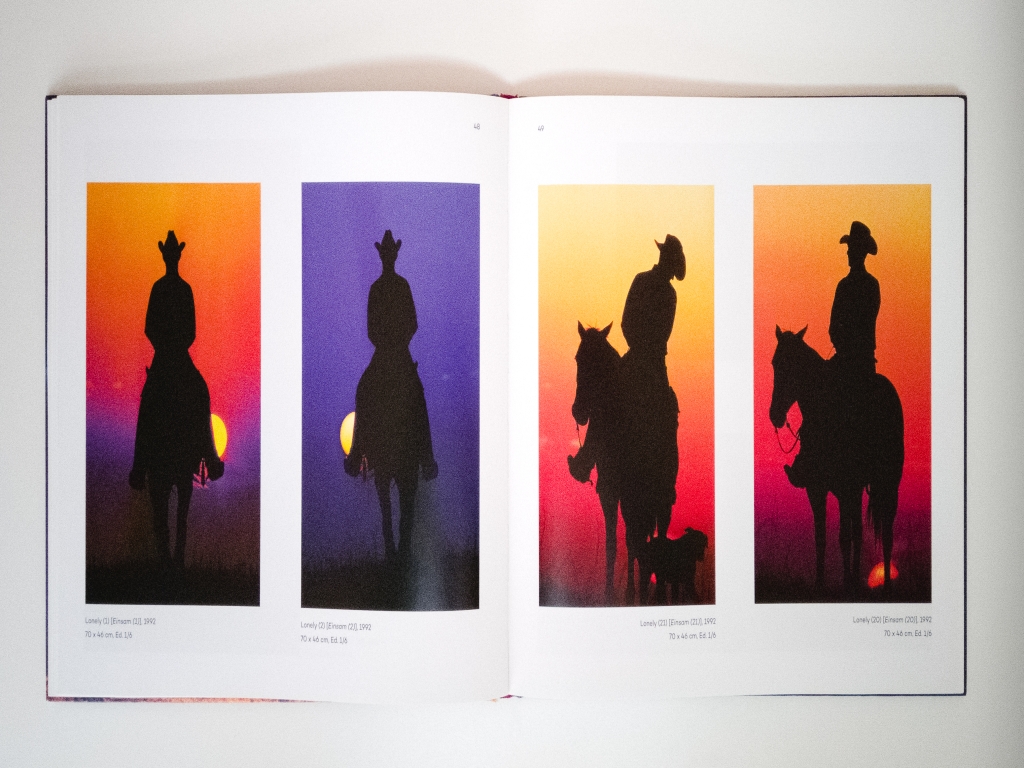 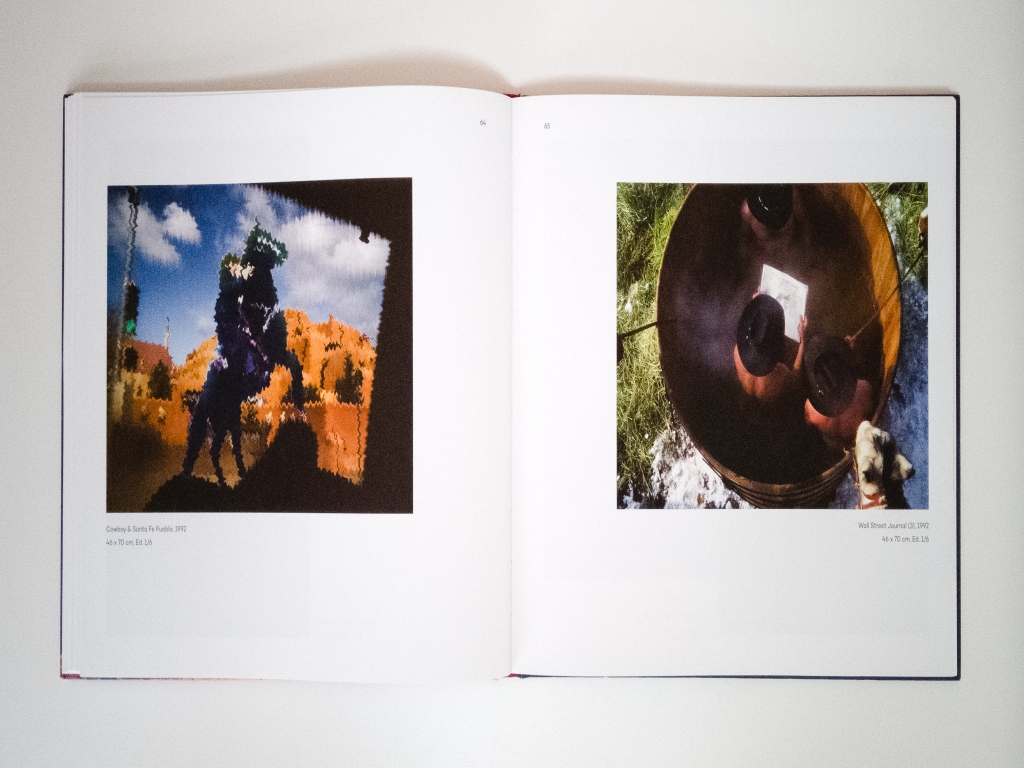 In addition, he plays with the masculinity that the cowboy embodies par excellence. Strong, independent, freedom-loving, full of zest for action, doer type. Blum also serves these images, but in context they lose their pathos and sometimes seem strange. There’s the cowboy on his horse with the American flag. A typical picture of the USA par excellence. But in Blum’s work he seems almost sad, alone, lost, like a country at a time that is itself in search of identity.
The beauty of Blum’s cowboys remains the light-heartedness with which he views his subject. Precisely because he deconstructs his protagonists and their clichés, he takes them seriously. He doesn’t see them just as decals for cigarette ads or shower gel.
All in all, Cowboys offers an entertaining journey through time to the early 1990s, when identity was not yet politically charged and a playful confrontation was easily achieved.