Born in South Korea, Jaeuk Lee has been living in Germany for 8 years now, but returns to his home country again and again.
For his final thesis at the University of the Arts Bremen with Peter Bialobrezski he decided to document the changes over two years in Seoul and Busan.
Lee approaches the structural changes that South Korea’s metropolises are undergoing with a documentary distance. Almost exclusively in the long shot, he shows the transformation of the cities. A recurring motif in New Town are the periods of time that are divided into construction and demolition. The only constant is change. The steel skeletons of high-rise buildings versus demolished apartment blocks. The one conditions the other. And this is how interchangeable images are created. 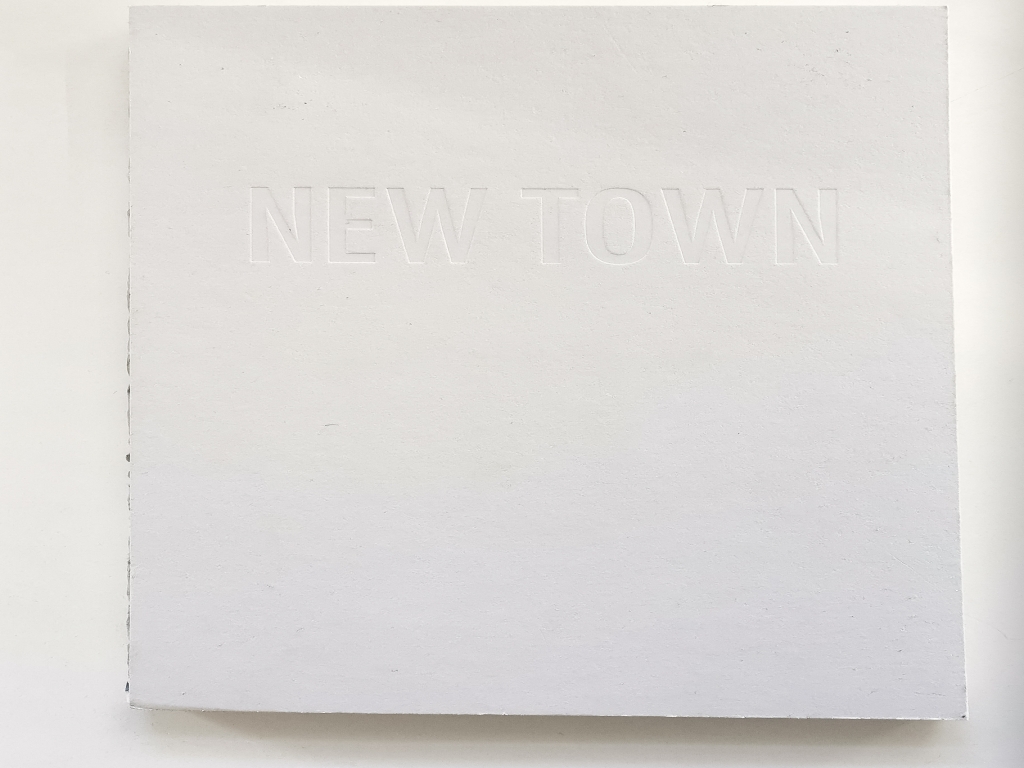 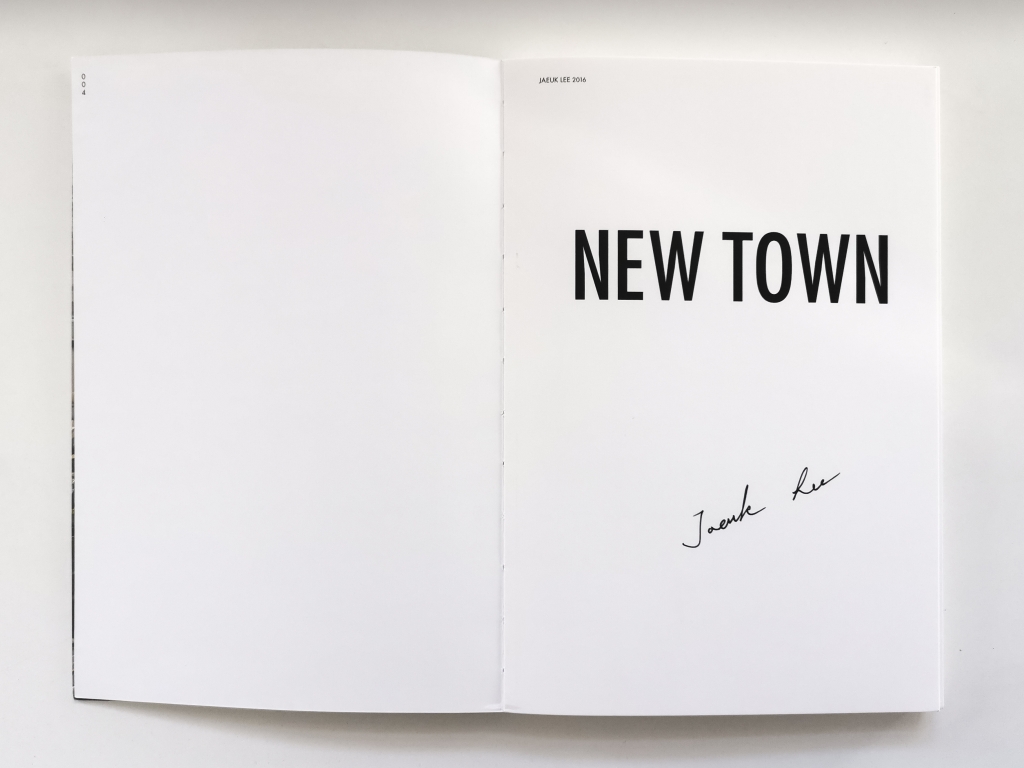 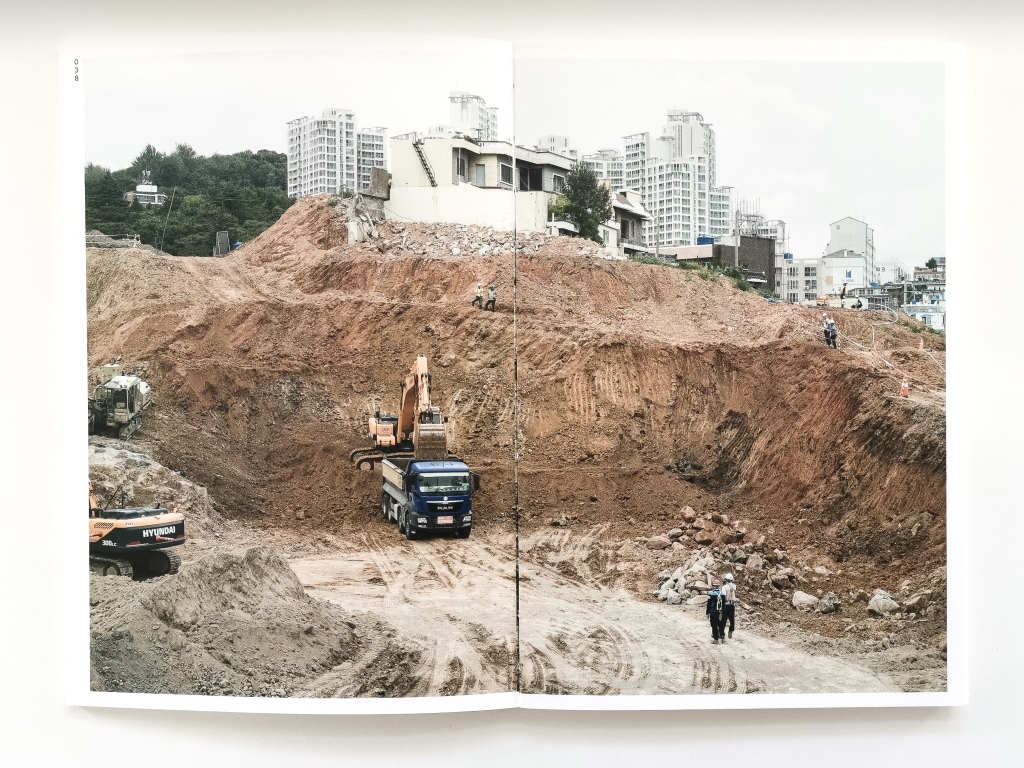 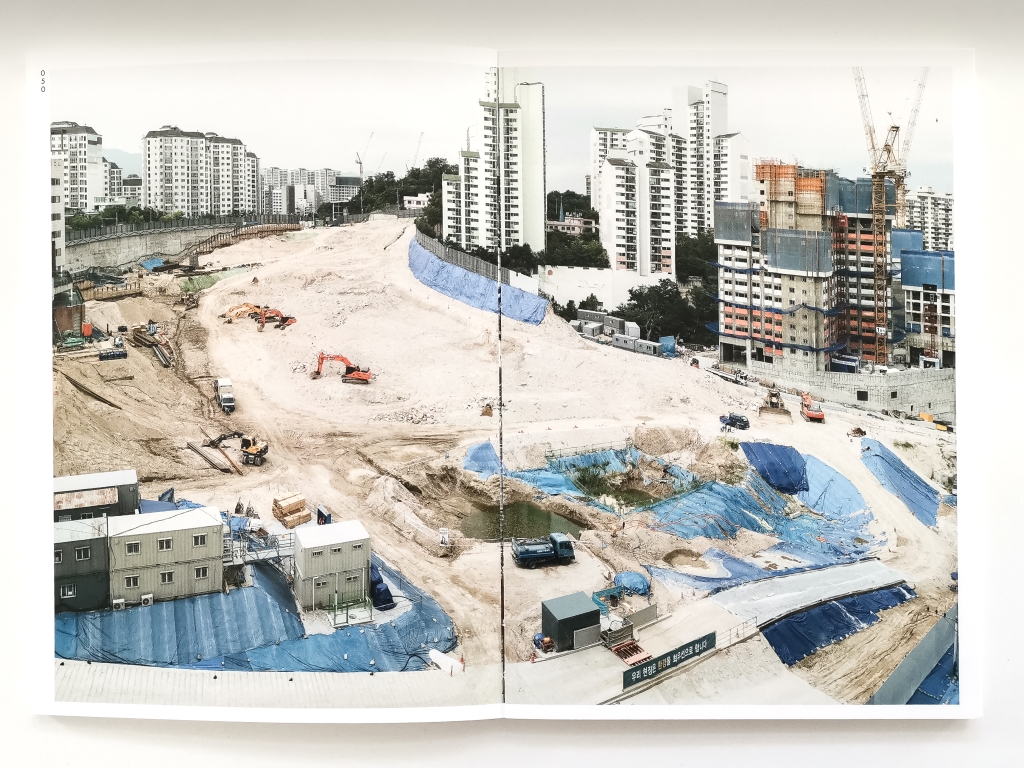 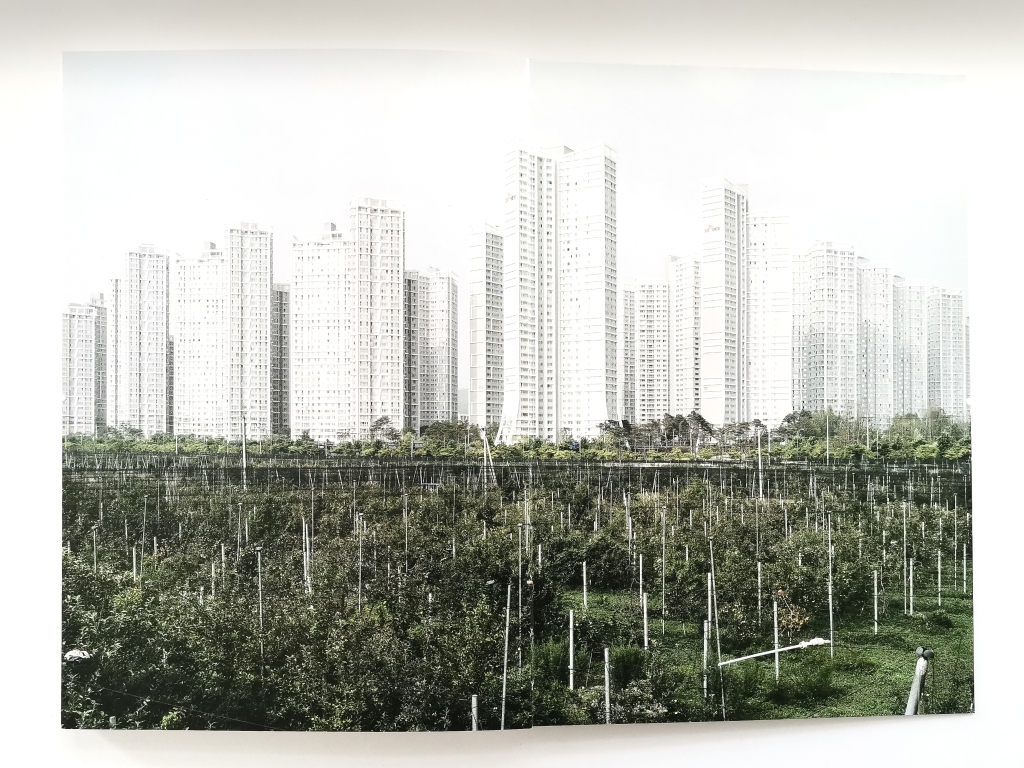 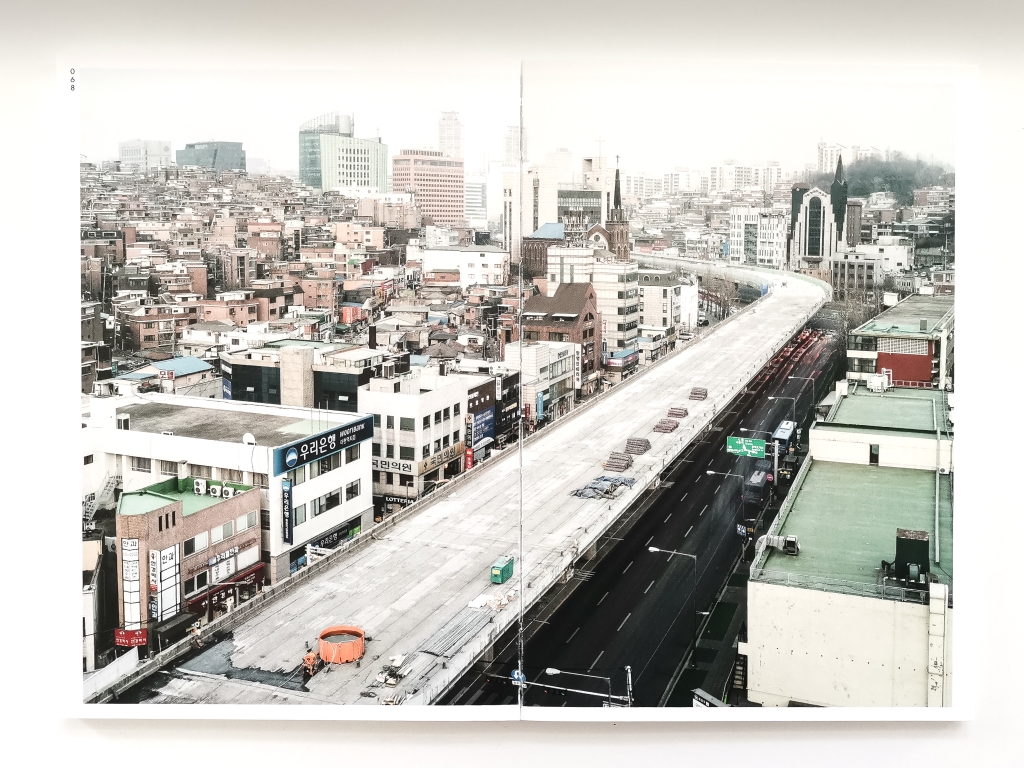 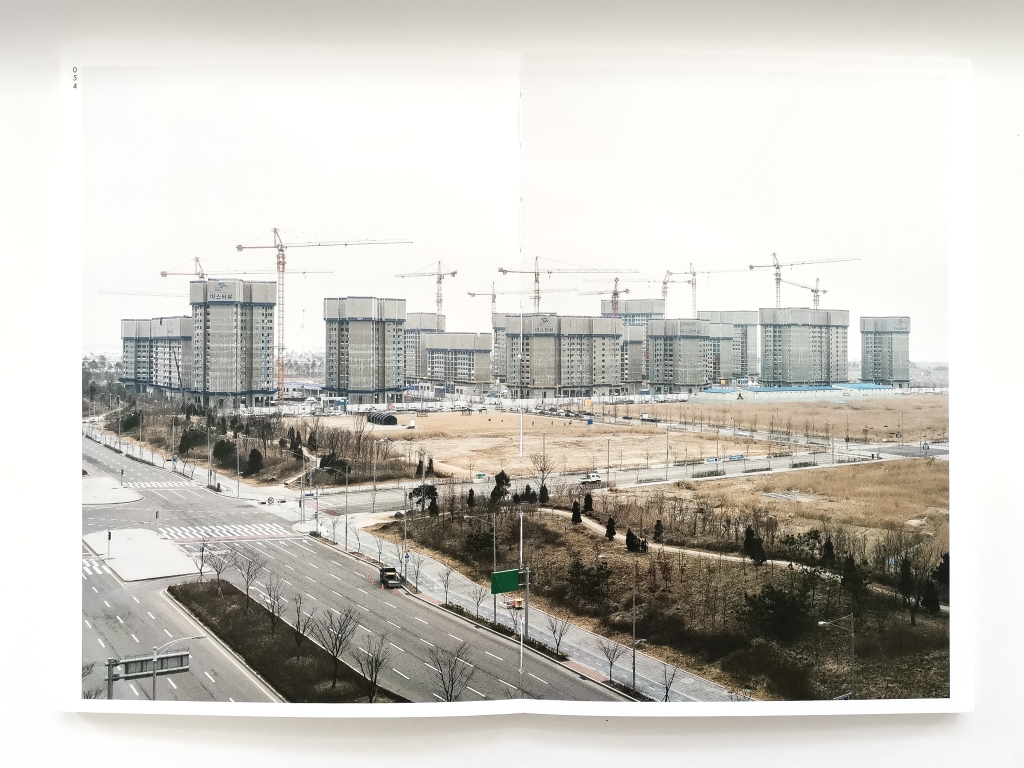 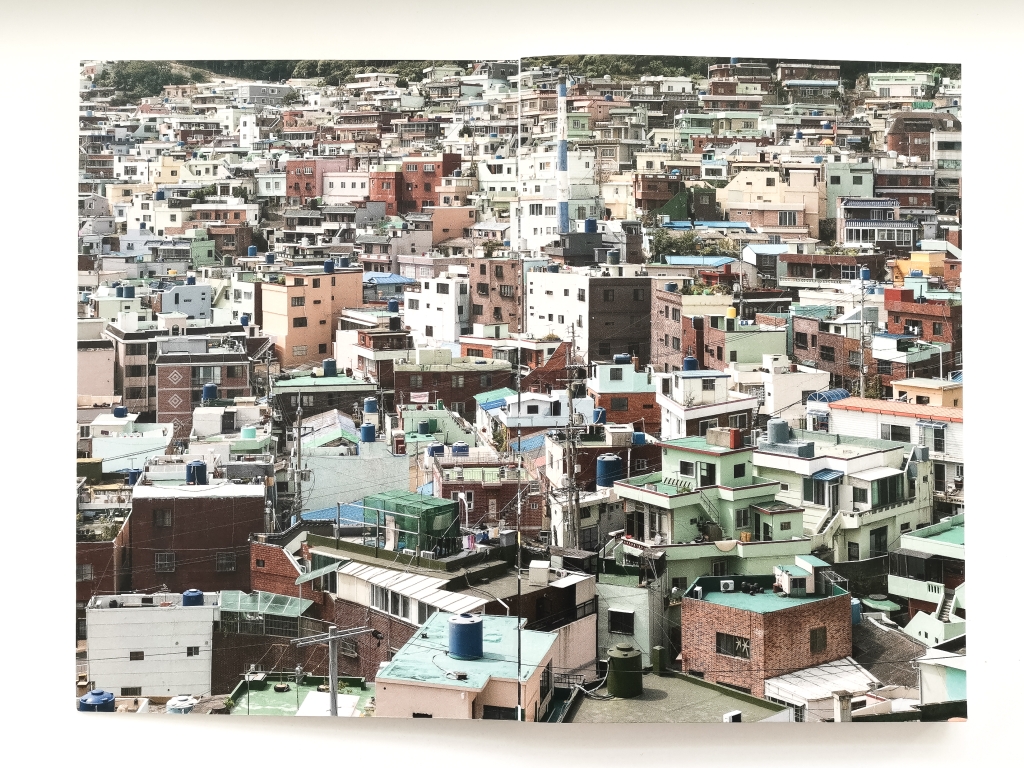 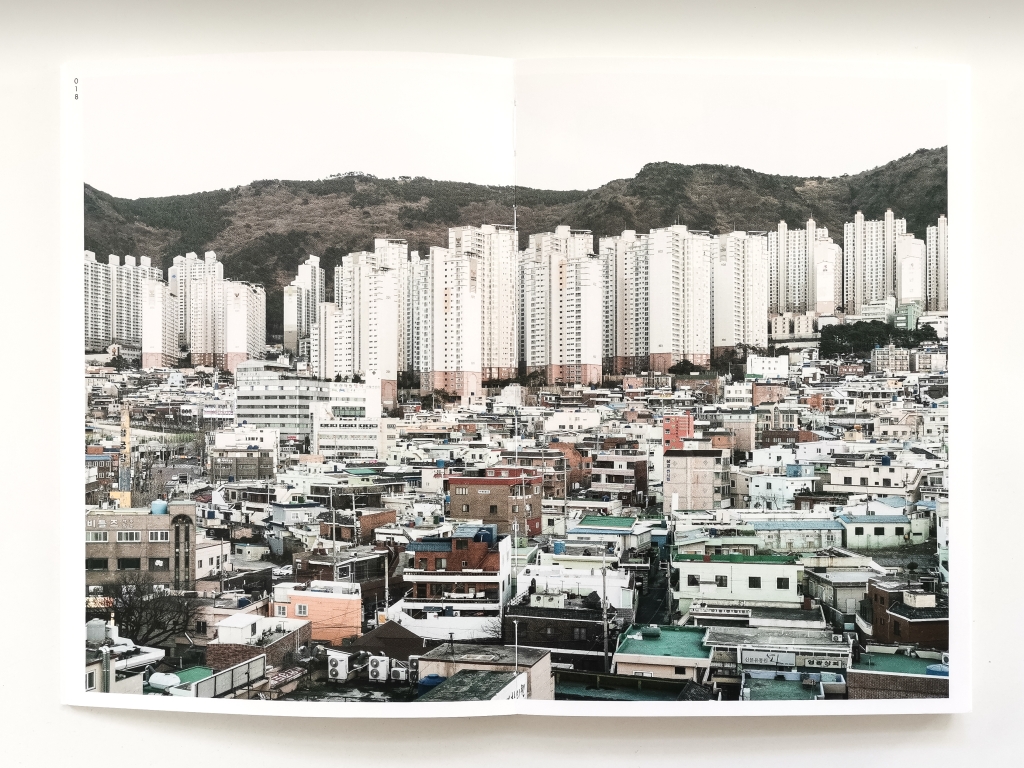 Huge monsters of steel, glass and concrete, which at best differ in the colour of the facade. Yes, strange and perhaps disturbing, especially for european eyes, but nevertheless endowed with a certain fascination. Especially in the interchangeability, which naturally goes hand in hand with a lost identity. Not only because of the effect of the stone monsters, but also because of the immediate loss of structures that have grown over many years.
The human being is hardly perceptible, at best as a small insignificant point in the chaos created and ordered by man, who loses himself in it, gives up his individuality. Lee claims he would not take a position not to criticize the development. That may have been his intention, but he unmistakably sets old against new and sees no hope in the new.