Anyone who has ever visited rural Finland knows that it is lonely there, the distances to the next larger city often hundreds of kilometres. This is how eccentricities, idiosyncrasies, and also legends are created through the isolation and the self-employment that goes with it.
From 1998 to 2004 Lethinen photographed in his birthplace (this is not guaranteed, neither in his biography, nor does a place called Lehtiskylä seem to exist), which was supposedly put under a curse that befalls anyone who does not leave the village. He has translated this into a fragmentary narrative with a comparatively large amount of text, which outlines the pictorial narrative as a rough framework. The corresponding pictures serve as symbolic clarification, which, although shifted in time, remain connected in place.
Both text and images are intimate confessions, anecdotal memories of a family history that seems to consist almost entirely of tragic events. Neighbours die, horses are put down, dogs are shot, the curse seems to come true, with no hope of redemption. Lethinen does not claim to have a documentary work created, it requires a great deal of personal effort to get involved with this bulky work. Texts and images often remain loosely connected, some have the attribute of the banal, some are obvious scenes. 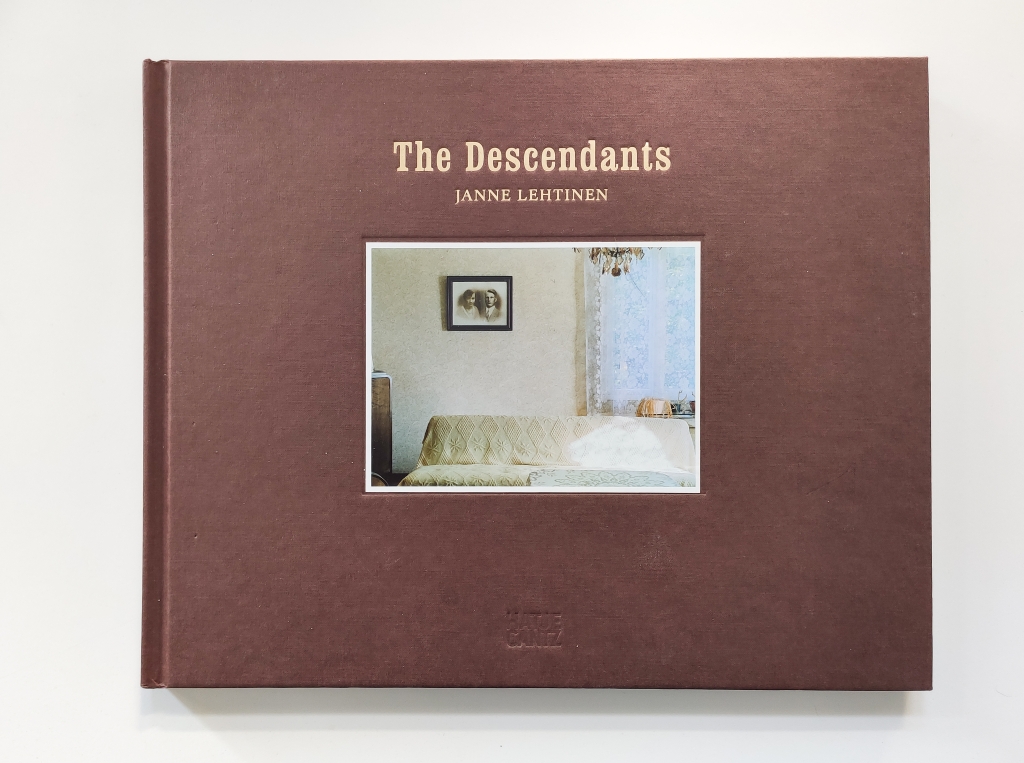 In the textual memory, the pictorial implementation, which was created 20 or 30 years later, there is already a gap, but now and then the connection between text and image is missing. The sometimes bulky photographs then promote the threshold of acceptance a little more. These are no
beautiful shots that revel in memories, not a happy family, not a happy ending. Grim people, abandoned buildings, old rooms whose fustiness you can almost smell. The layers of dust in the kitchen that make you cough, the floorboards that creak, carpets full of dirt, the lack of life and liveliness, joy, that remains the basic tenor in Descendants. And yet this is precisely where the attraction lies: getting involved in the history of this unknown family. Even then, one is not emotionally picked up, one is taken over by ratio, with the conclusion that transience is inevitable and that Lethinen’s work should be understood as an antipode in order not to experience something similar.