For six years, from 1994 to 2000, Pilson worked in the financial district of Manhattan. Mostly on weekends and at night. This is how the title of his book is derived. Interregna: „Transitional government or the period of time during which such a government exists“ Innumerable works have been published on „modern work“. One can go back to Charlie Chaplin’s „Modern Times“ or use Lee Friedlander’s „At Work“ from 2003 as a current example. Pilson’s work differ at least in that he benefits from a personal experience. Without putting himself in the foreground. As a silent observer, he photographed people staring out of windows and at the monitor, on which the screen saver performs his dances. 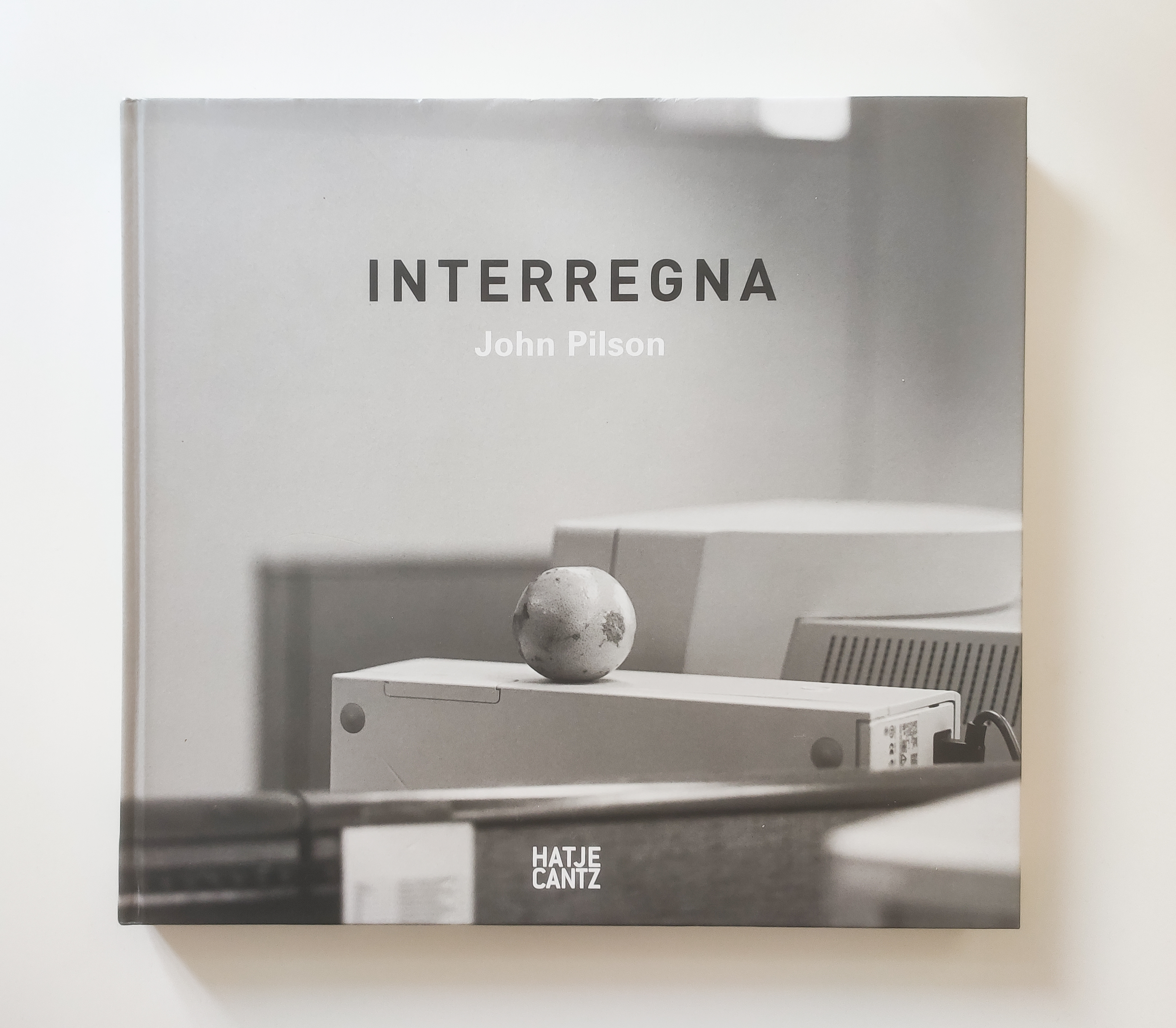 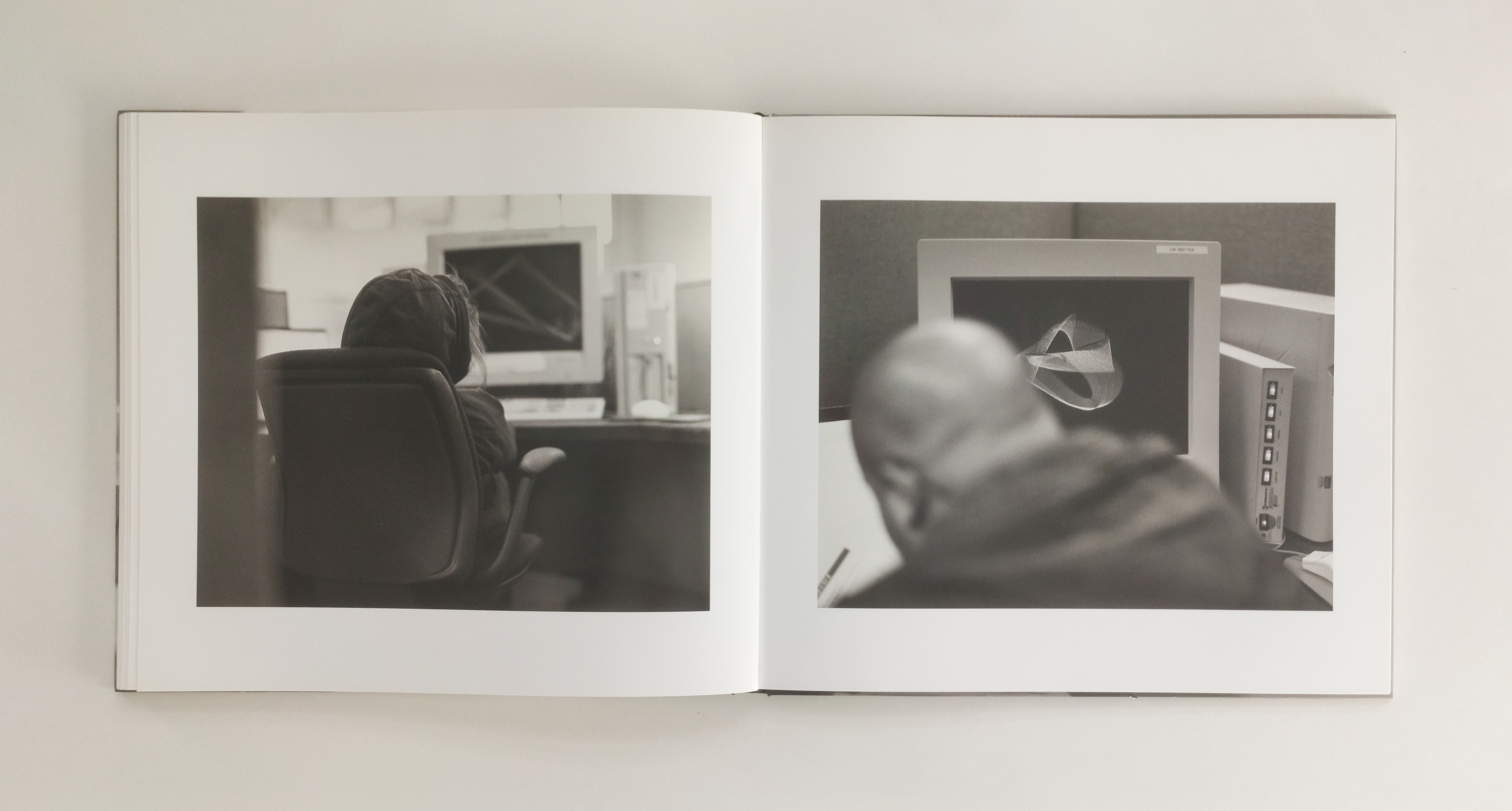 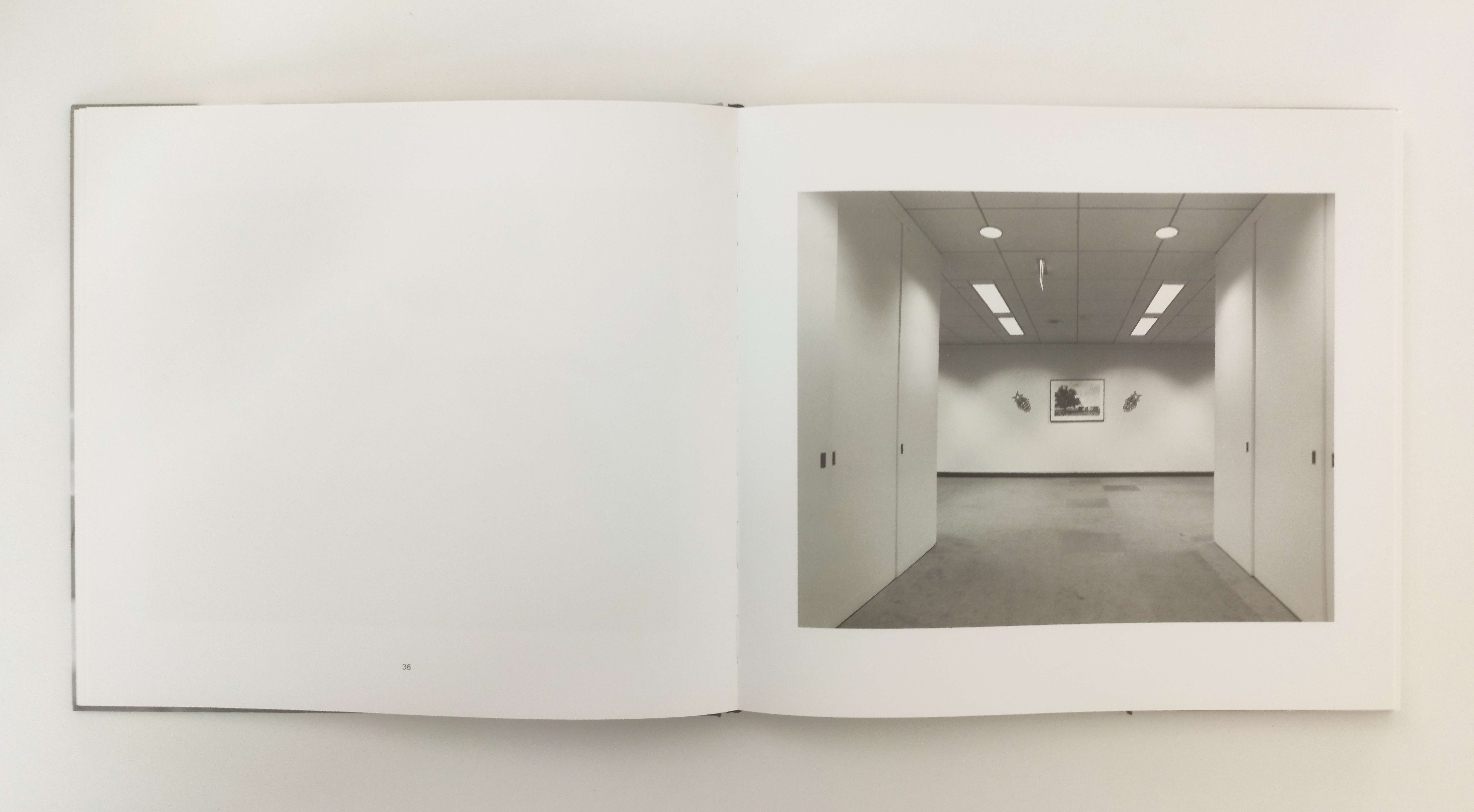 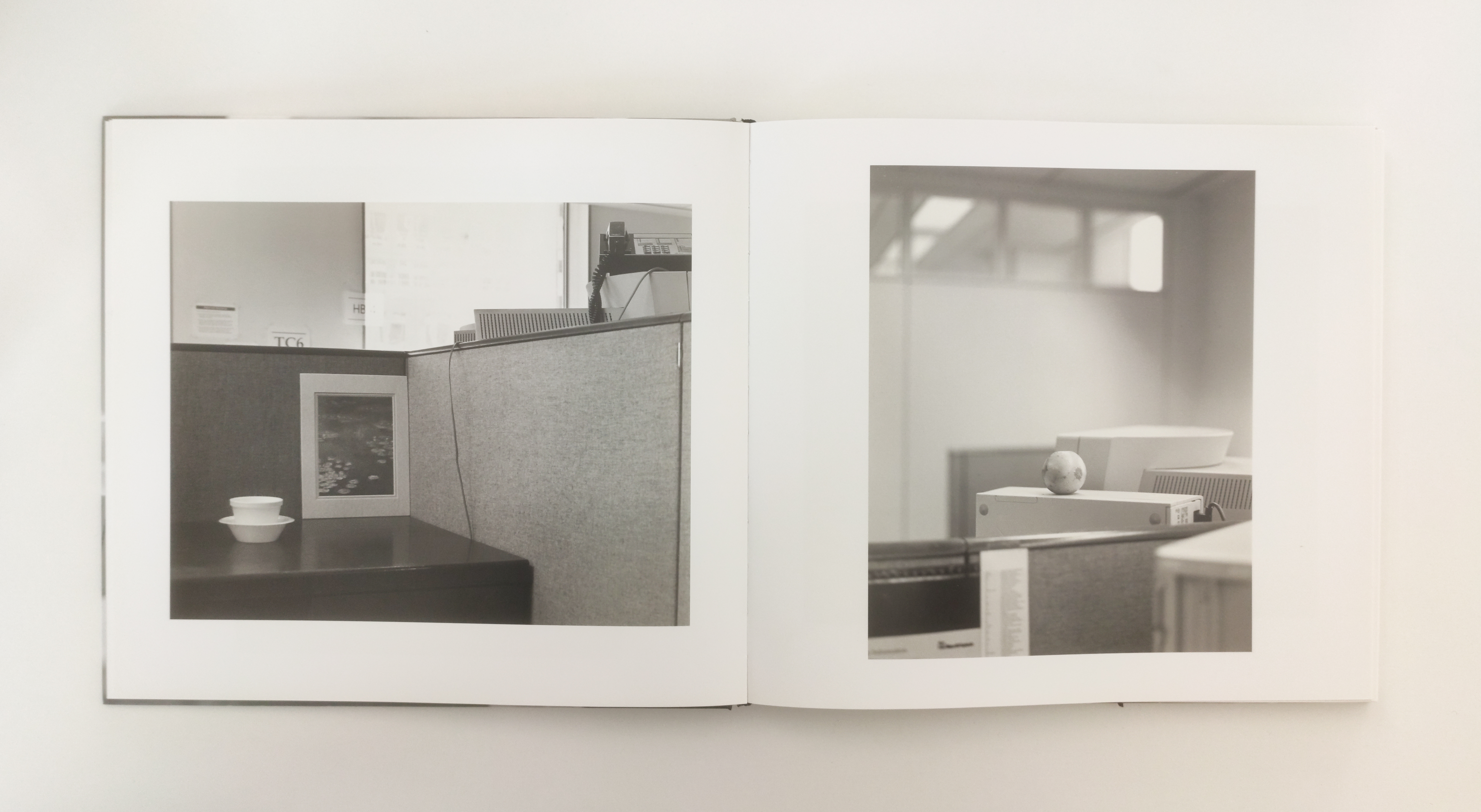 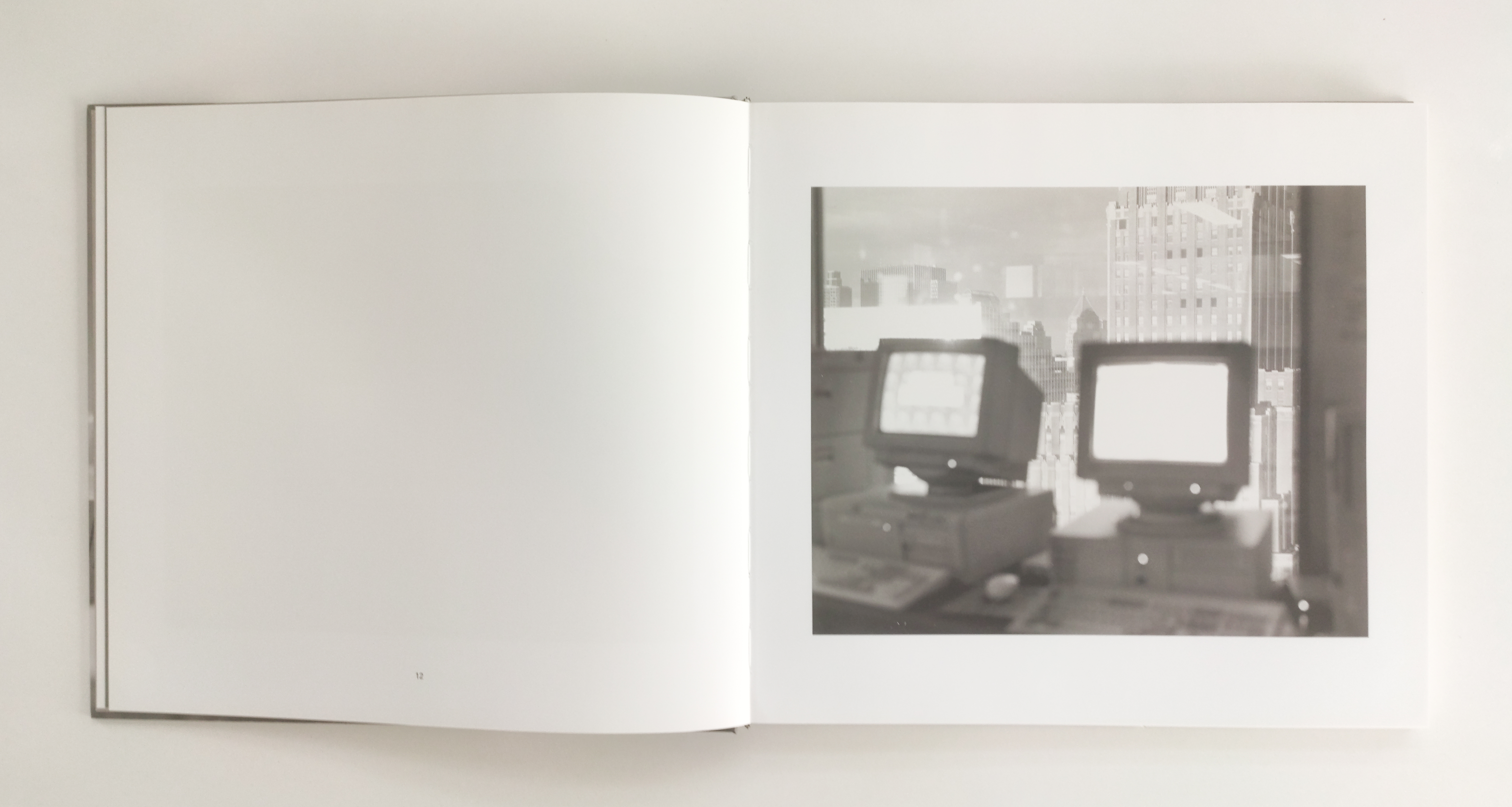 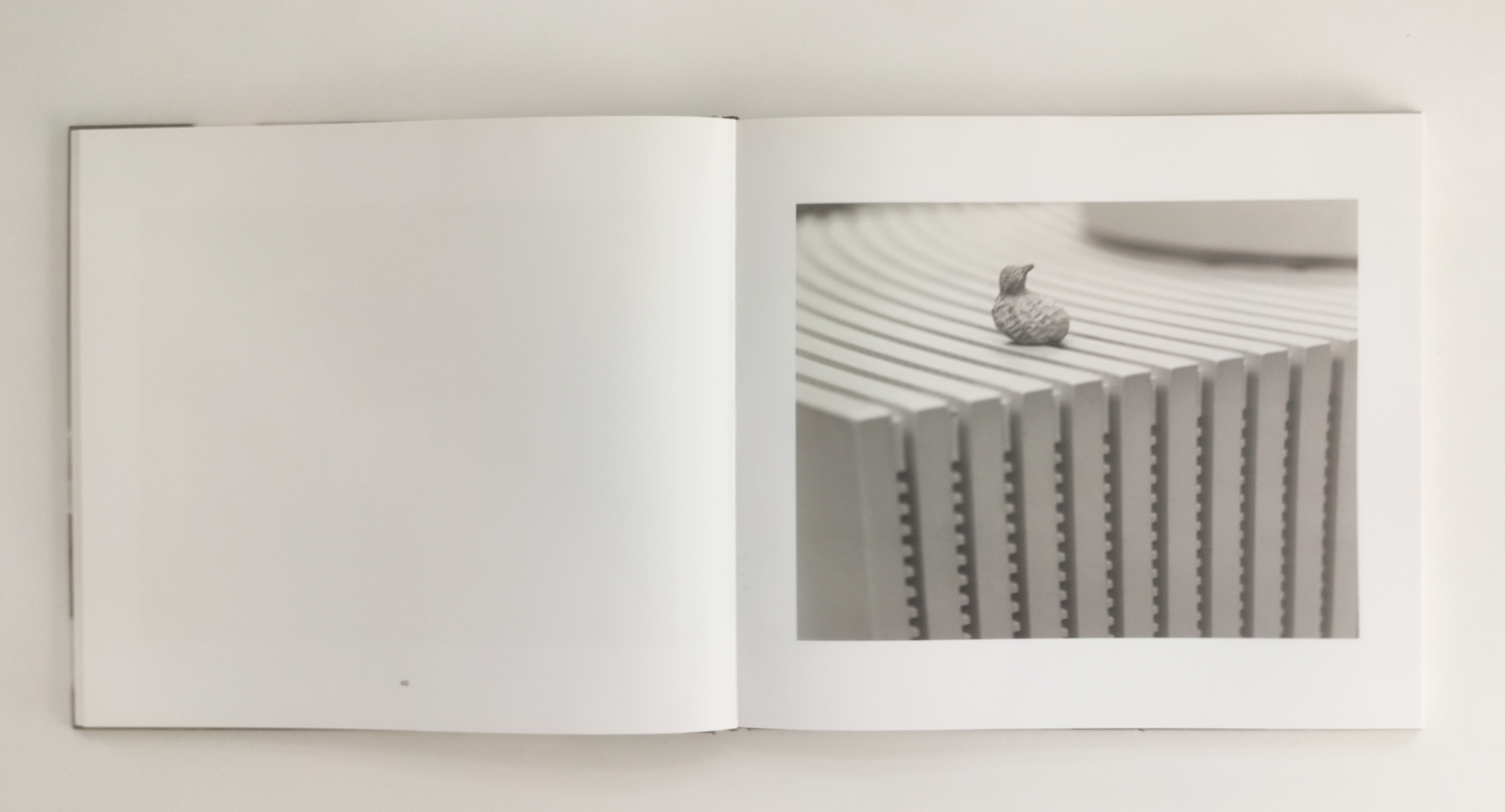 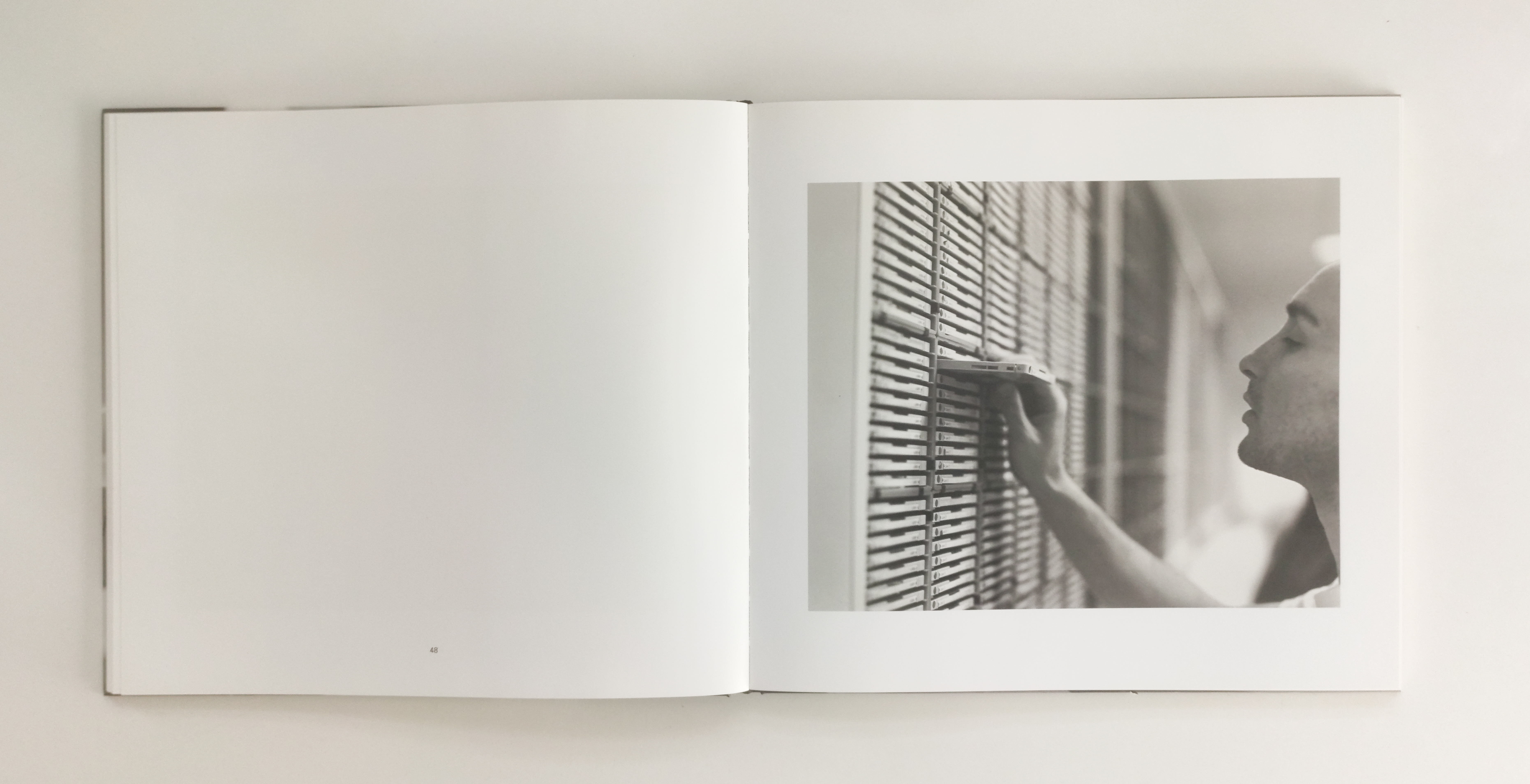 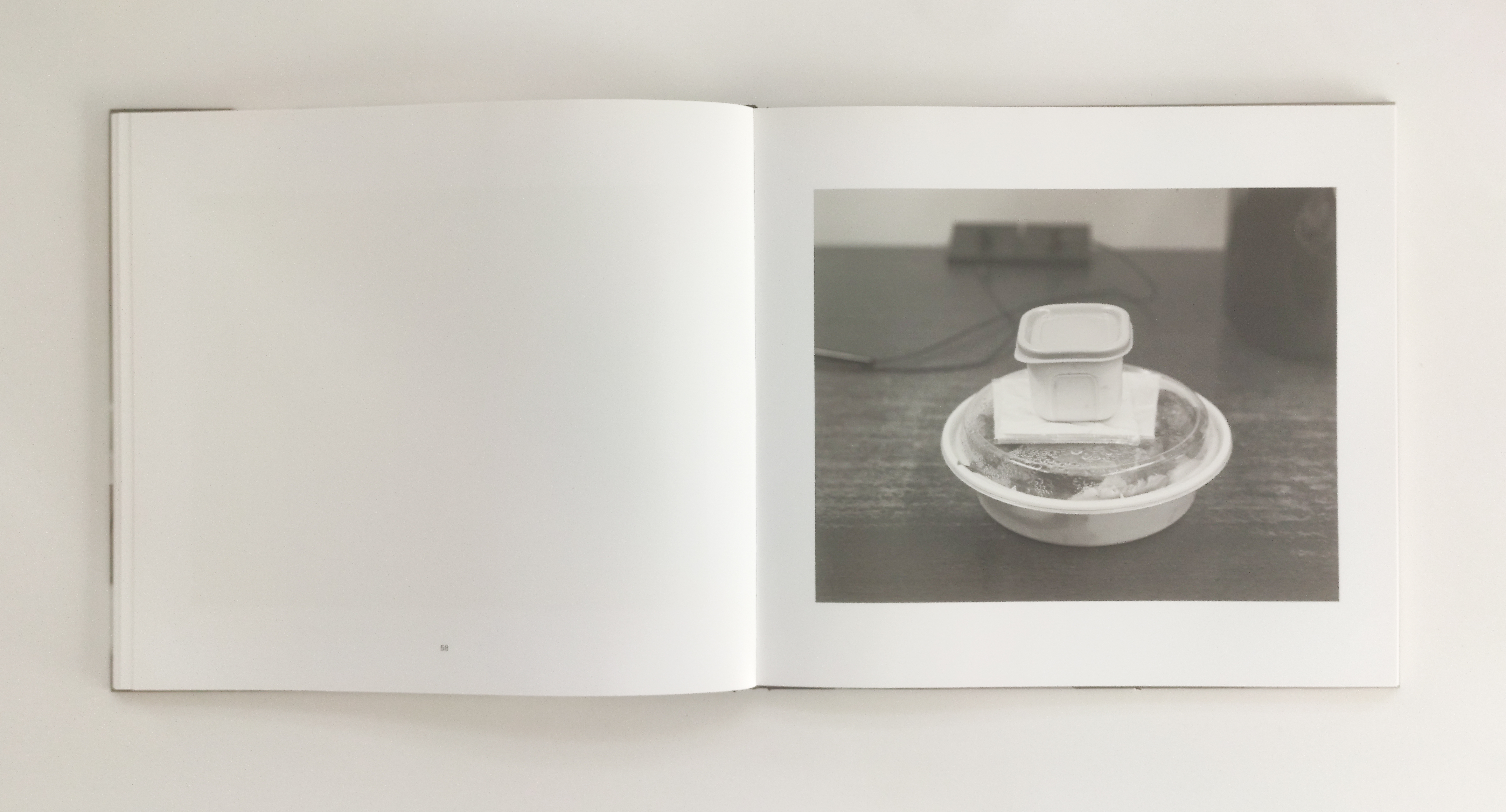 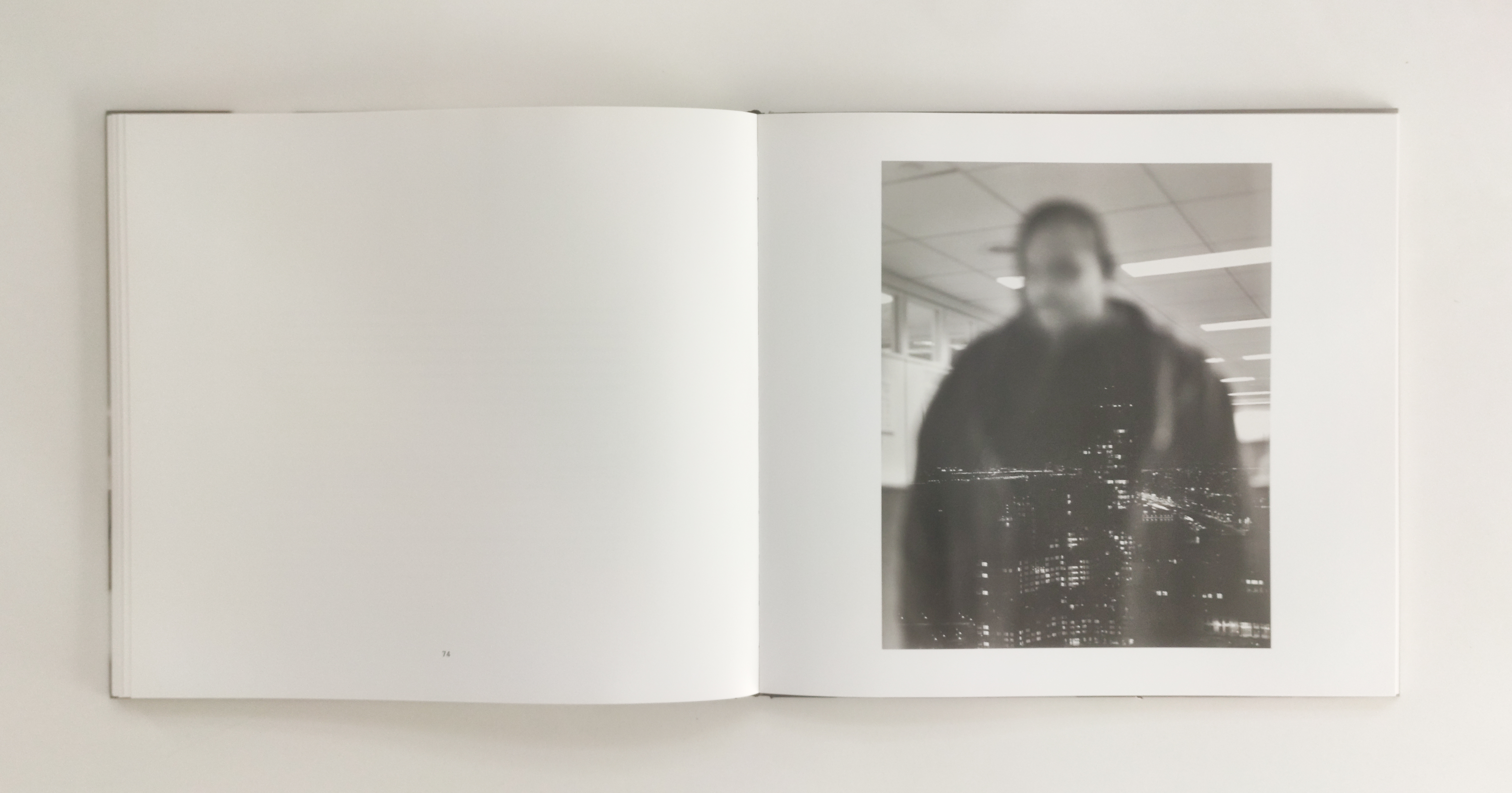 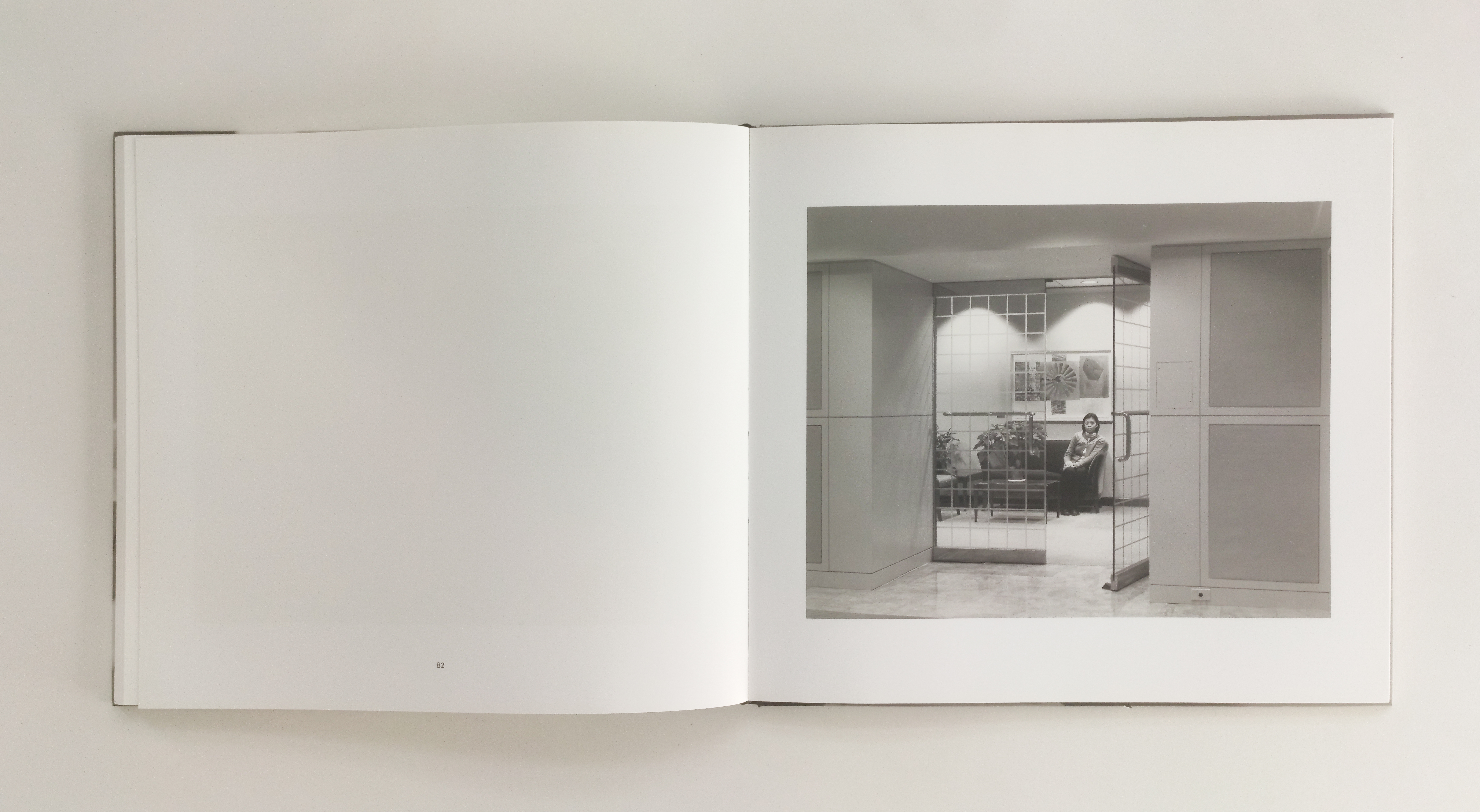 He shows the small things that make the workplace individual, small figures, origami, even the orange just waiting to be eaten, stapled palm rests for the keyboard, patched up. While during the day the offices are full of people, there is a lot of activity, hectic, especially at the most important financial centre of the world, in the evening and on weekends peace and quiet returns. The human being or the employee is only an accessory between the machines. A world in which humans actually do not exist and yet conquer their place. Finding his niche. But everywhere the longing for „outside“, away from work, away from the inhospitable. Postcards, prints of foreign beaches and cities stick to the cabins, even in the corridor hangs a photograph of a farm, framed by metal cabinets, illuminated by neon light. One may find oneself in an almost classic dystopian setting. A capitalist reality that exploits people, not even giving them room to breathe. But I don’t see it in such a negative light. Rather the ability of the human being to take his space and adapt. And to leave their traces in this foreign and conditionally hostile environment.