How can the worst series of murders in Germany be processed photographically? Regina Schmeken decided to document the places of the crime. Only the locations. Neither relatives can be seen, nor is any space given to the perpetrators. It seems to me the only way to deal with such a crime as an outsider.
The crimes of the NSU (National Socialist Underground), the following scandals, the insufficient clarification are probably still conscious to everyone. Schmeken photographs the crime scenes within everyday scenes, mostly from a low position, only centimeters above the ground. It is only through the completion in the mind of the viewer that he becomes aware how radical, how unpredictable the deeds were.
And that they could repeat themselves at any time. Not high-ranking politicians or people with power who have fallen victim to crime. They are florists, tailors, grocers, police officers.
„Blutiger Boden“ (Bloody ground) provides the framework that everyone has to fill in themselves, the work forces us to deal with the scenes of crime once again and consciously:
How two men rush into a grocery store in Munich, see Habil Kilic, next to the candy shelf, and immediately shoot, he can flee behind the counter. Then he is shot in the head. How each of us deals with such pictures, whose origin I also had to read up on first, is highly individual, from which the special effect of the book develops. 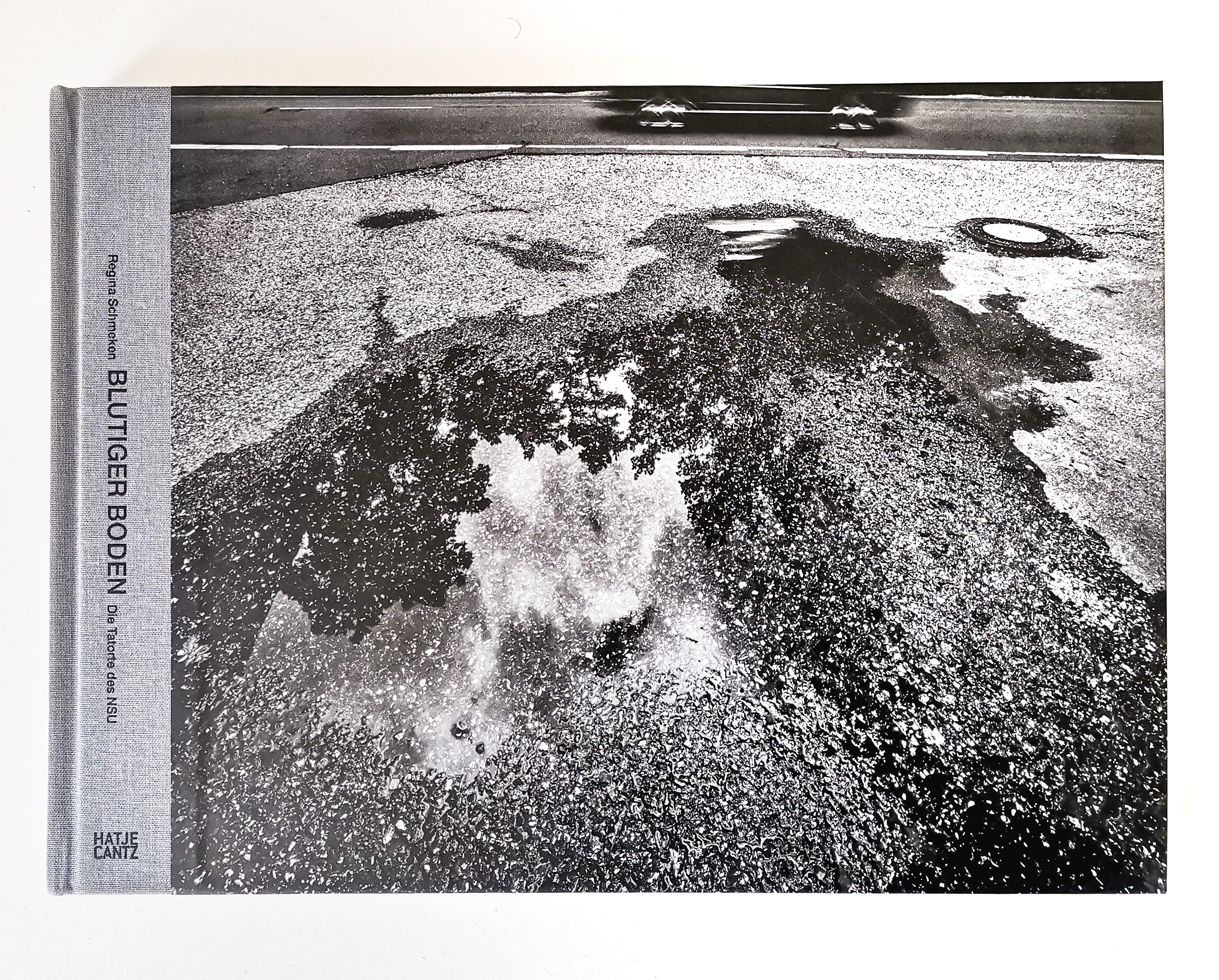 At the end of the book there is one last picture: the door to the hearing room of the Munich Higher Regional Court, where the Zschäpe case is being heard.
This is not the end of the story, this is a new chapter that still needs to be told: How deeply the Office for the Protection of the Constitution, police, security agencies, public prosecutors were involved in the murders.

Despite the undeniable importance of the topic, especially against the background of a strengthened new right-wing movement, the narrative as promoted by Regina Schmeken remains problematic.
It is the sweeping nature of the photographs. There are between 4 and 6 images that Schmeken assigns to each crime scene. And each one is interchangeable. In some cases the shooting position was only shifted a few centimeters. Sometimes a shot from the right, sometimes from the left. This arbitrariness counteracts the message and the actual impact of the images.
Detached from the idea, from the meaning of a photographic reworking, I would have wished for more accuracy and not such a distorted work.
Precisely because the book offers texts by Feridun Zaimoglu and Gorch Pieken that are well worth reading, some of which take up personal, some professional aspects, the slightly pale aftertaste remains that this subject deserves more.