One of the most interesting areas of tension in the current political and social discourse is rural areas and their characteristics. Or better: its omissions, it is up to the „city dwellers“ who have little love for the rural world, and so discourses usually remain stuck in distinction, coupled with pity or contempt.
Wage gap, digitalization, right-wing radicalism, mobility, a basic understanding of how life in Germany should be organised are topics that are currently affecting Germany and are often discussed superficially and laden with clichés.
But Wüst does not get lost in clichés. He shows typical scenarios, depicts reality in a matter-of-fact and sober way. New buildings with SUV, again and again landscape that shines through, blinking around the corner, but also plays itself into the foreground. Lying between rows of houses, but also a creeping pragmatism. A high wire garden between power poles, signs showing the distances to Paris or Beijing. The first picture in the book shows a bus stop. Behind it, up to the horizon: fields. Almost clichéd, the picture seems to confirm prejudices. The following pages, too, with houses and bad roads, posters advertising plots of land that are never sold, barns and the obligatory hay bales, manure trucks provide confirmation of supposed prejudices. These can certainly be substantiated. Rural areas are agricultural, rural exodus is not a fantasy but a harsh reality, the infrastructure is poor and instead of supermarkets there are still the corner shops.
This is Northwest Stuckermark. 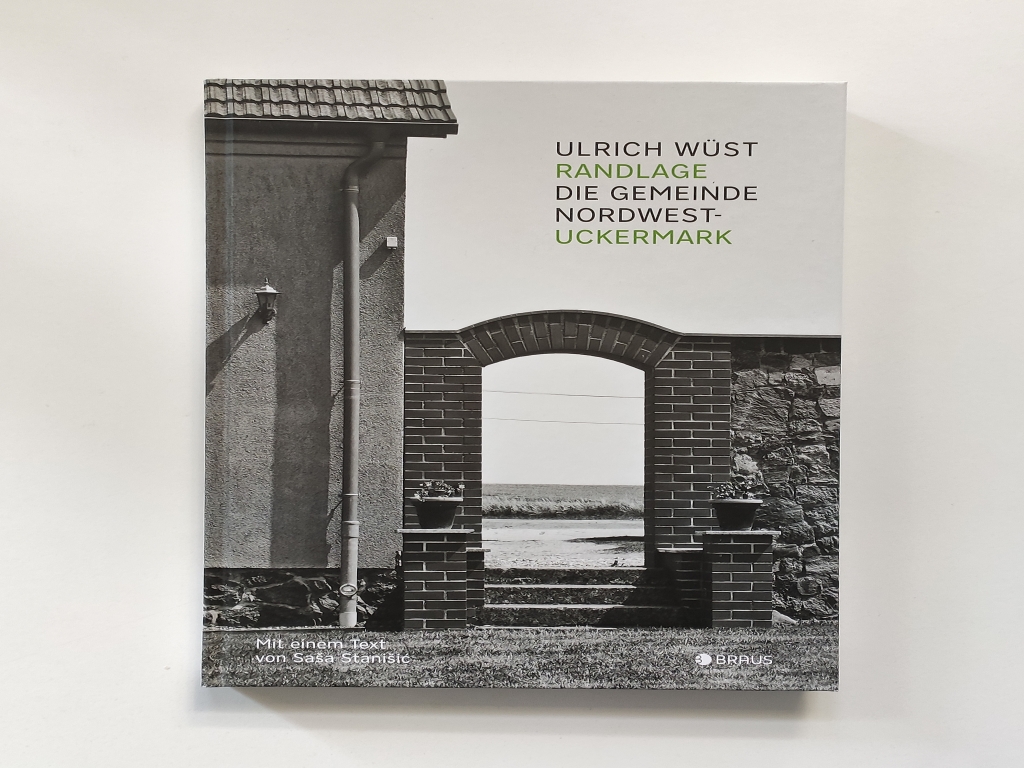 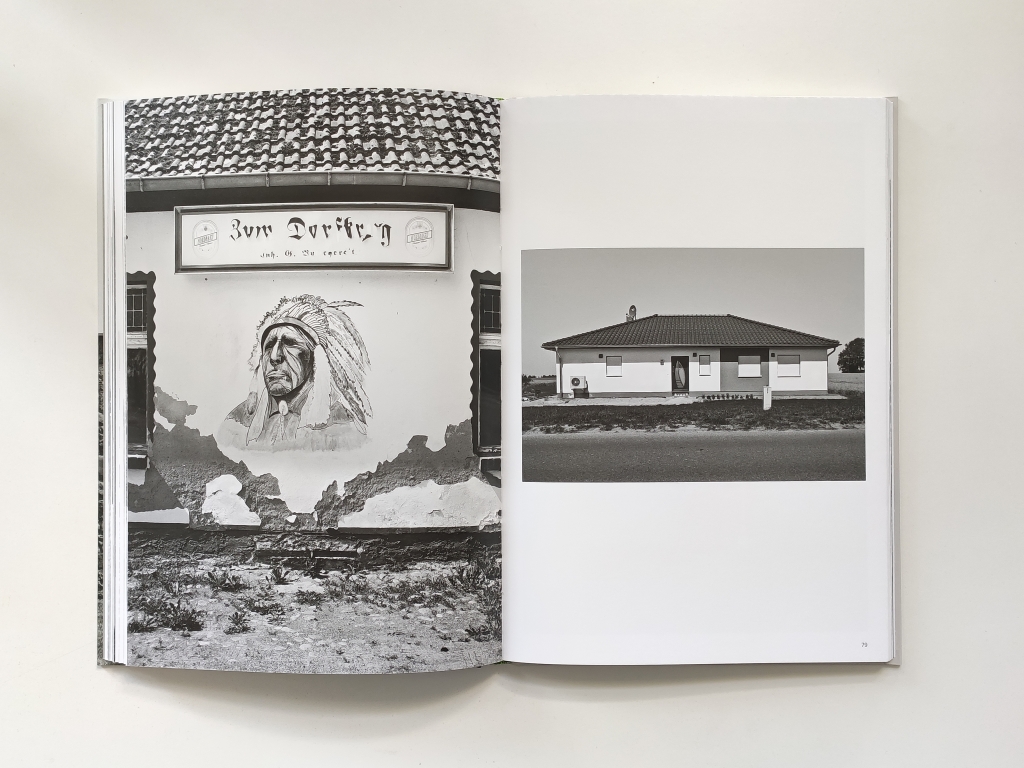 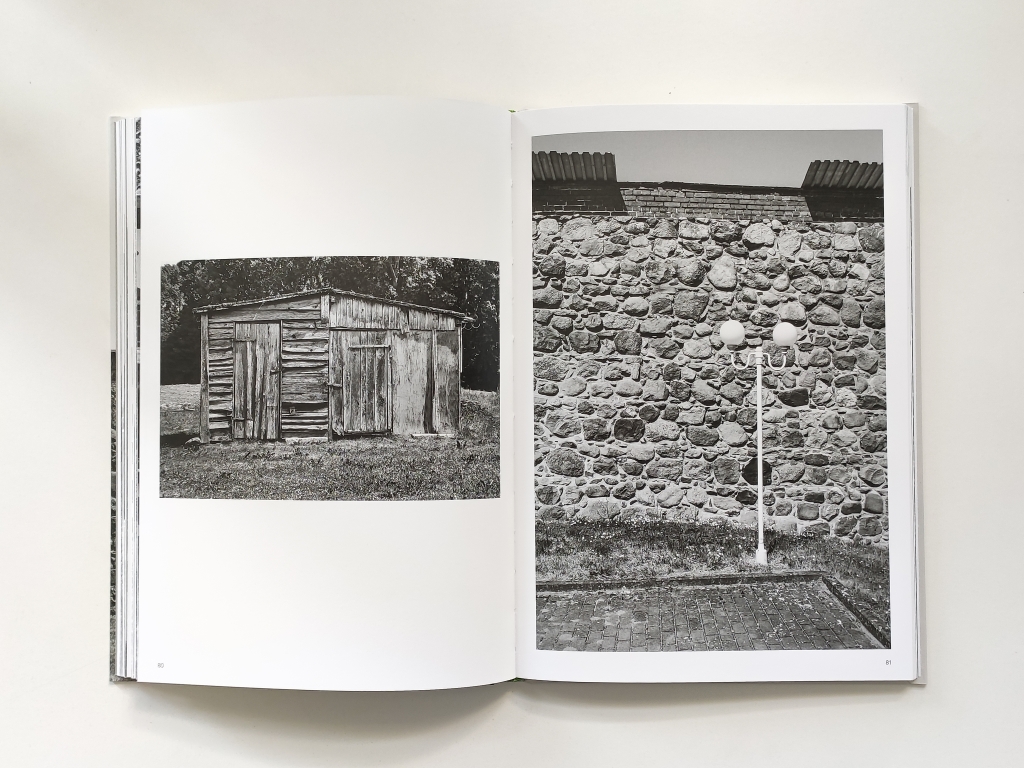 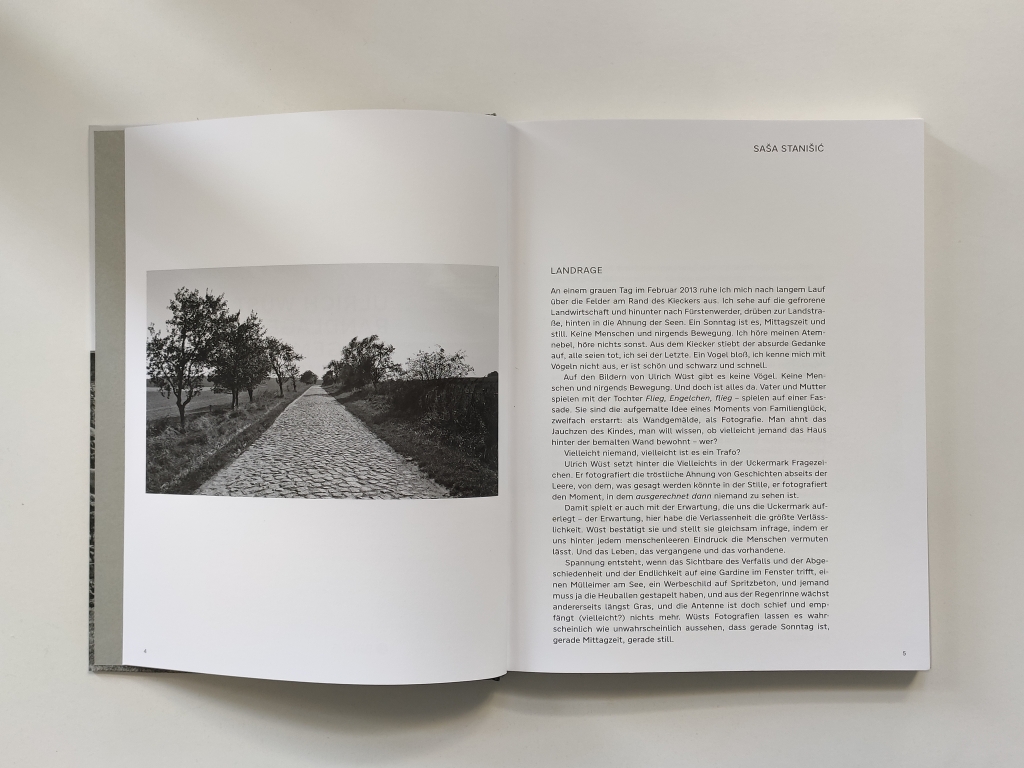 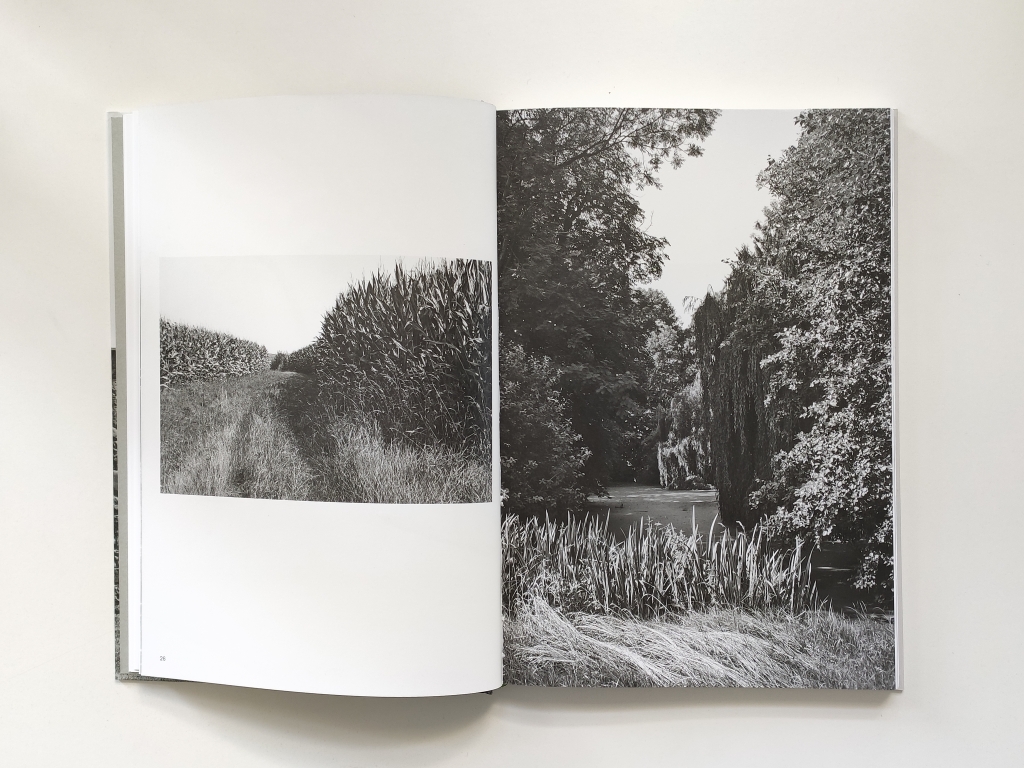 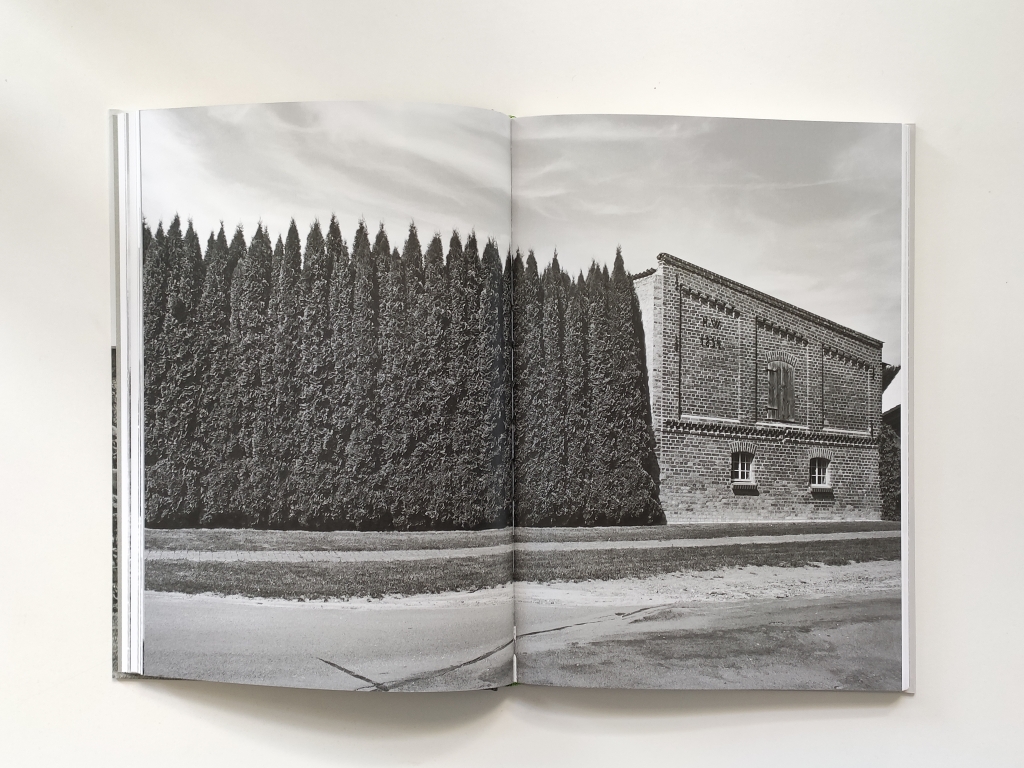 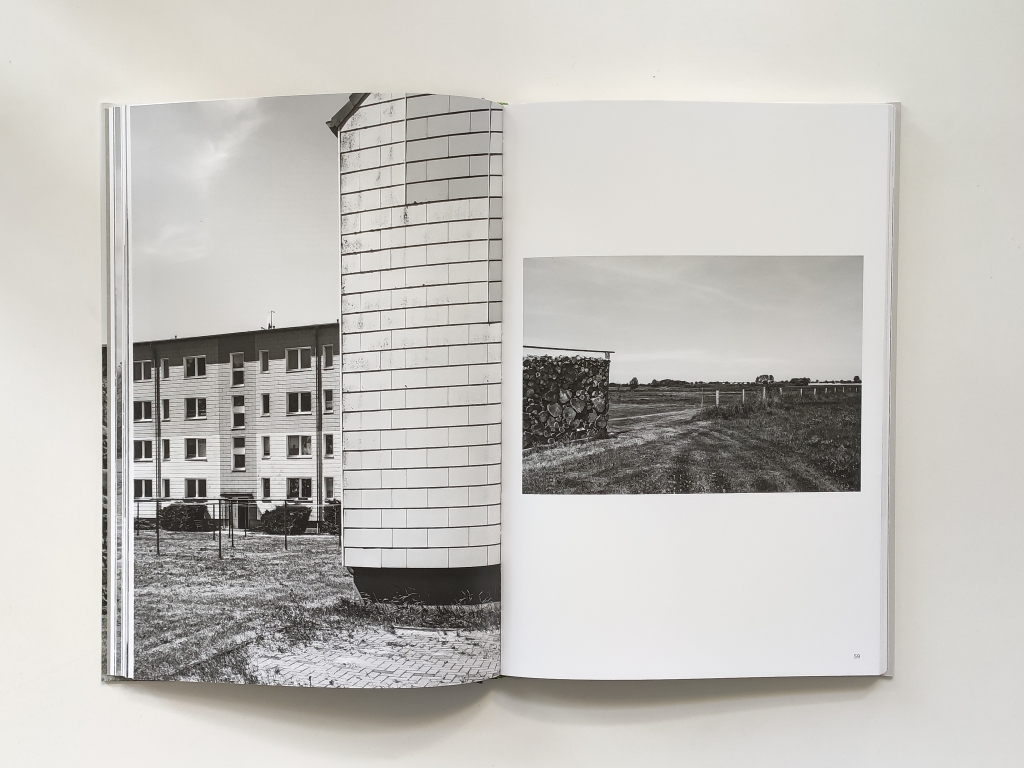 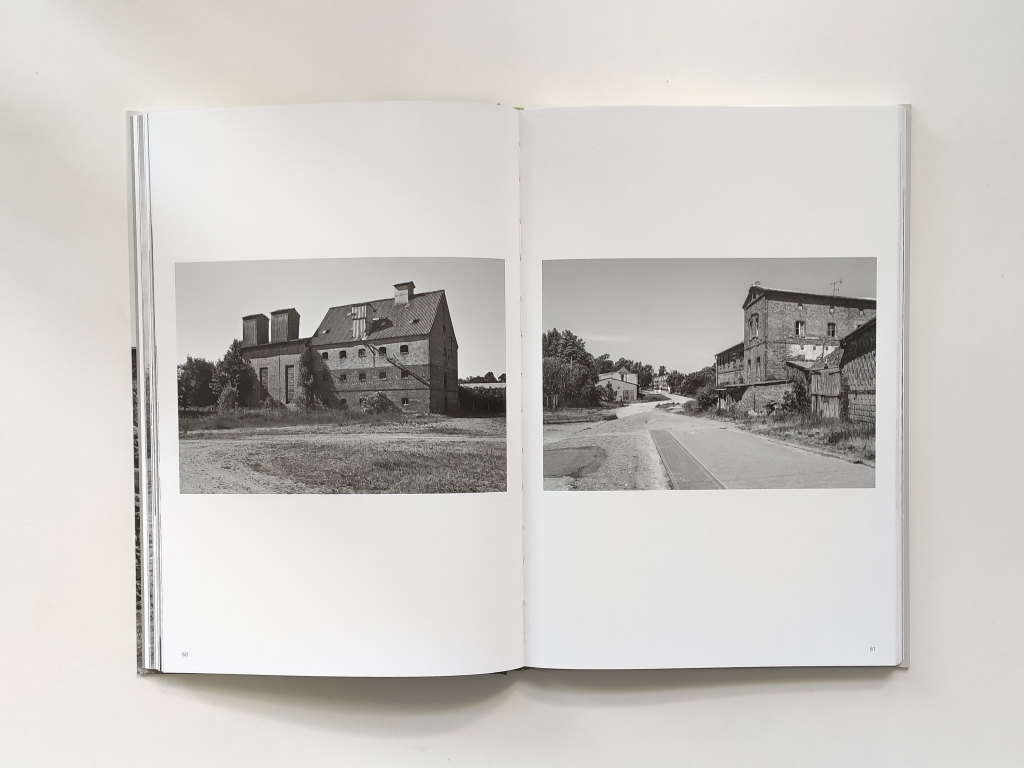 To the classification: the community is located in the proverbial no man’s land of Brandenburg.
100 km to Greifswald, 100 km to Berlin, as big as Frankfurt (Main), with 4000 inhabitants only slightly smaller. If you have ever dealt with the rural, especially east german areas, you will soon realize that Nordwestuckermark is representative for countless communities in Mecklenburg, Thuringia or Saxony.
Ulrich Wüst, himself from the East (Magdeburg), photographed the community of Uckermark between 2014 and 2019 and draws a realistic, unembellished picture of the community. There is no misery tourism, which shows how detached the people in the countryside are. But also no right-wing radical symbols or dilapidated buildings (so much for the deconstruction of prejudices). But also no lighthouse projects of high technology (where should they come from?)
No happy cows or playing children on the street. No people in general. These are not to be found on Wüst‘s photographs. Not even in secret. One might assume that he deliberately waits until he has a clear view, but anyone who has ever been in the Eastern Diaspora knows that it is more difficult to get people into the pictures.
Wüst does not fall into melancholy, everything was better in the past, nor cynicism or even miserable tourism. That’s what makes „Randlage“ so worth seeing. This subtle political message, this „normal“ In contrast to his decidedly political works „Late Summer“ and „Cityscapes“, Randlage is almost conciliatory. A work full of affection without denial.