The first buildings that come to mind, thinking of houses of worship, are of course the great iconic buildings, Sagrada Família, Cologne Cathedral or St Paul’s Cathedral.
Then the churches in the immediate vicinity, where you might have been dragged as a child.
David Spero goes one step further and in his monograph portrays churches in back houses, next to car repair shops, in derelict industrial buildings, in the high streets of London neighbourhoods, next to a job centre or above a laundry.
Some with wonderfully appropriate names like Above Bar Church or wonderfully inappropriate names like House of Hope, which is hidden and inconspicuous housed next to a Staples.
In reception, I vacillate between cabinet of curiosities, irrelevant monograph and uninspired documentary. 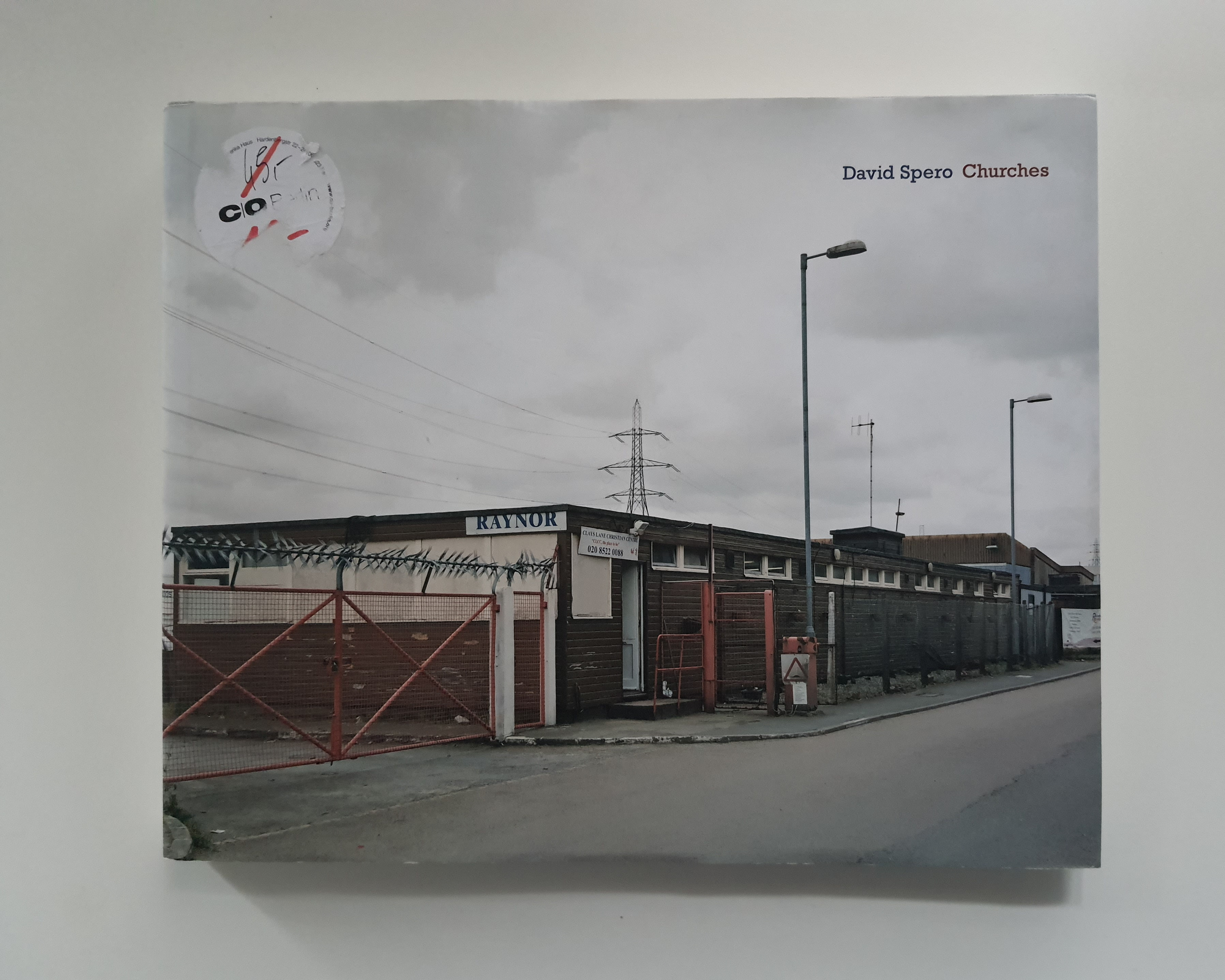 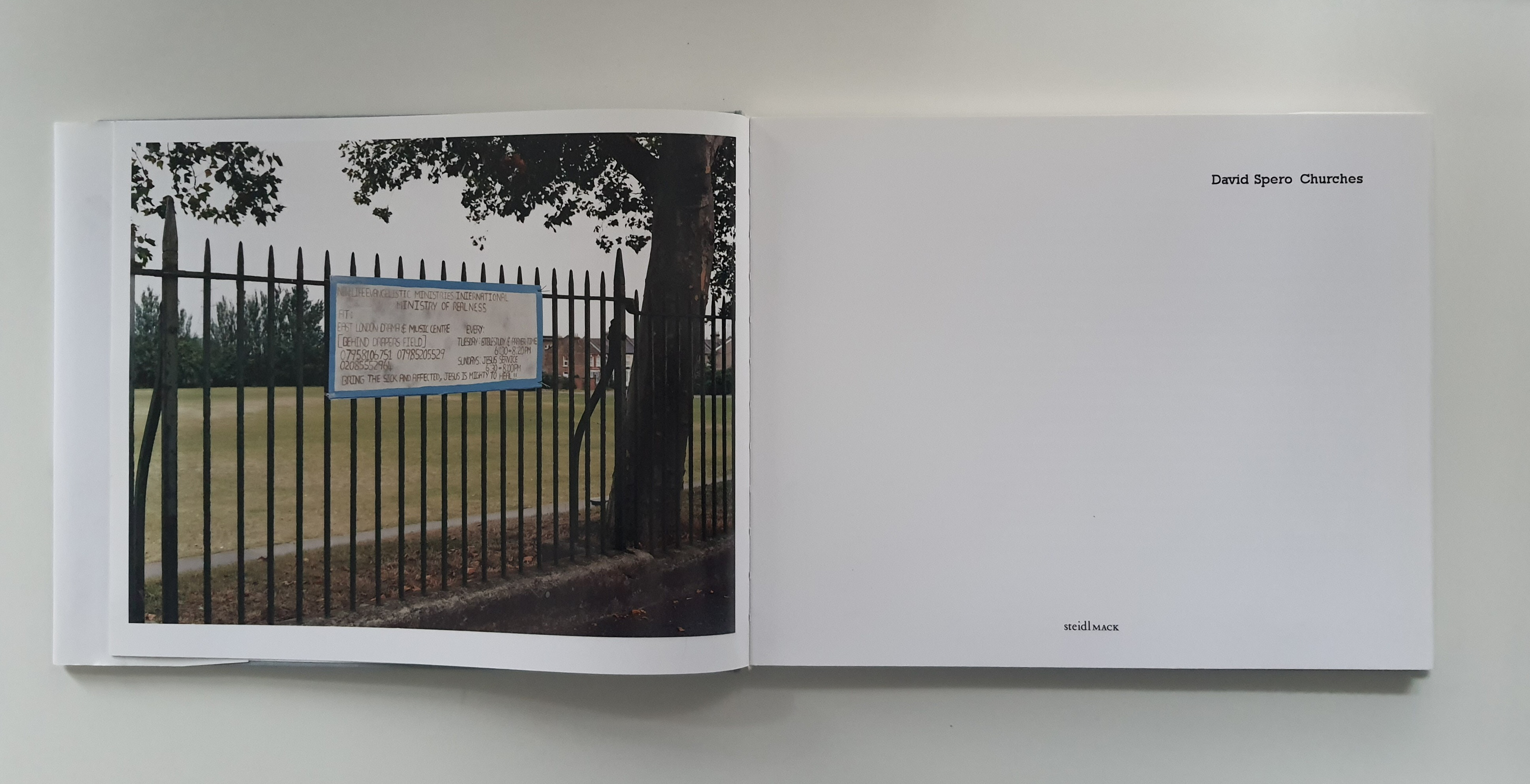 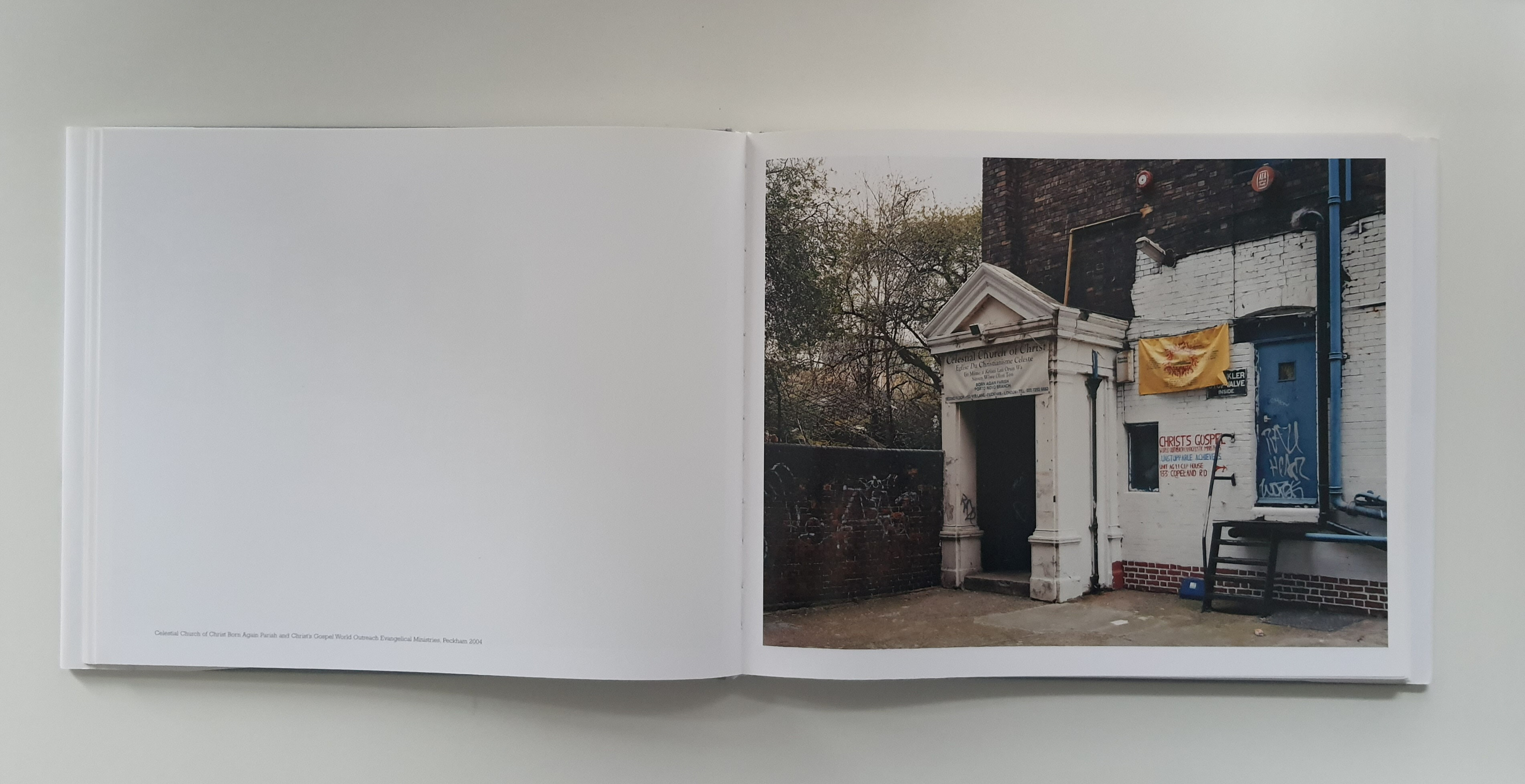 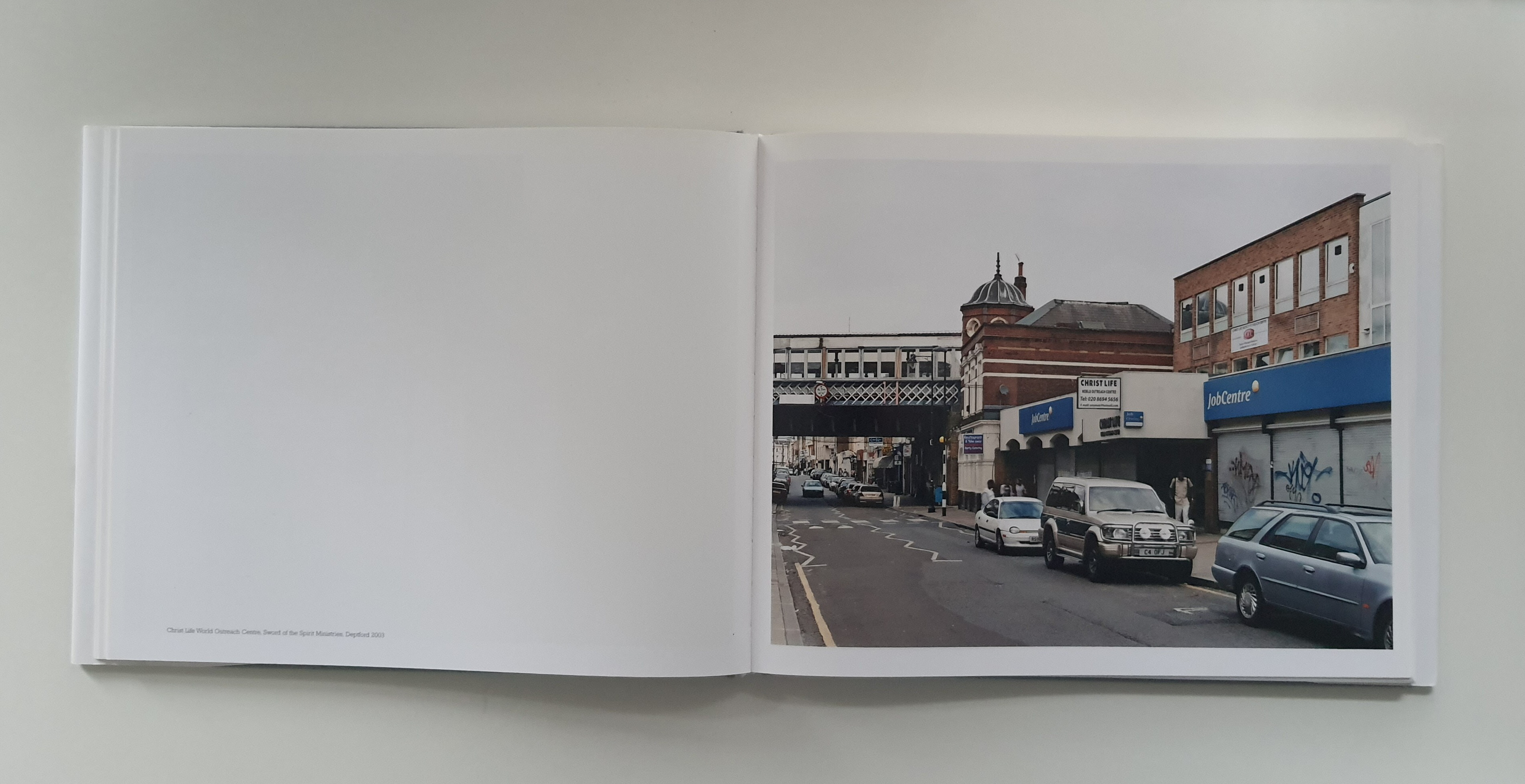 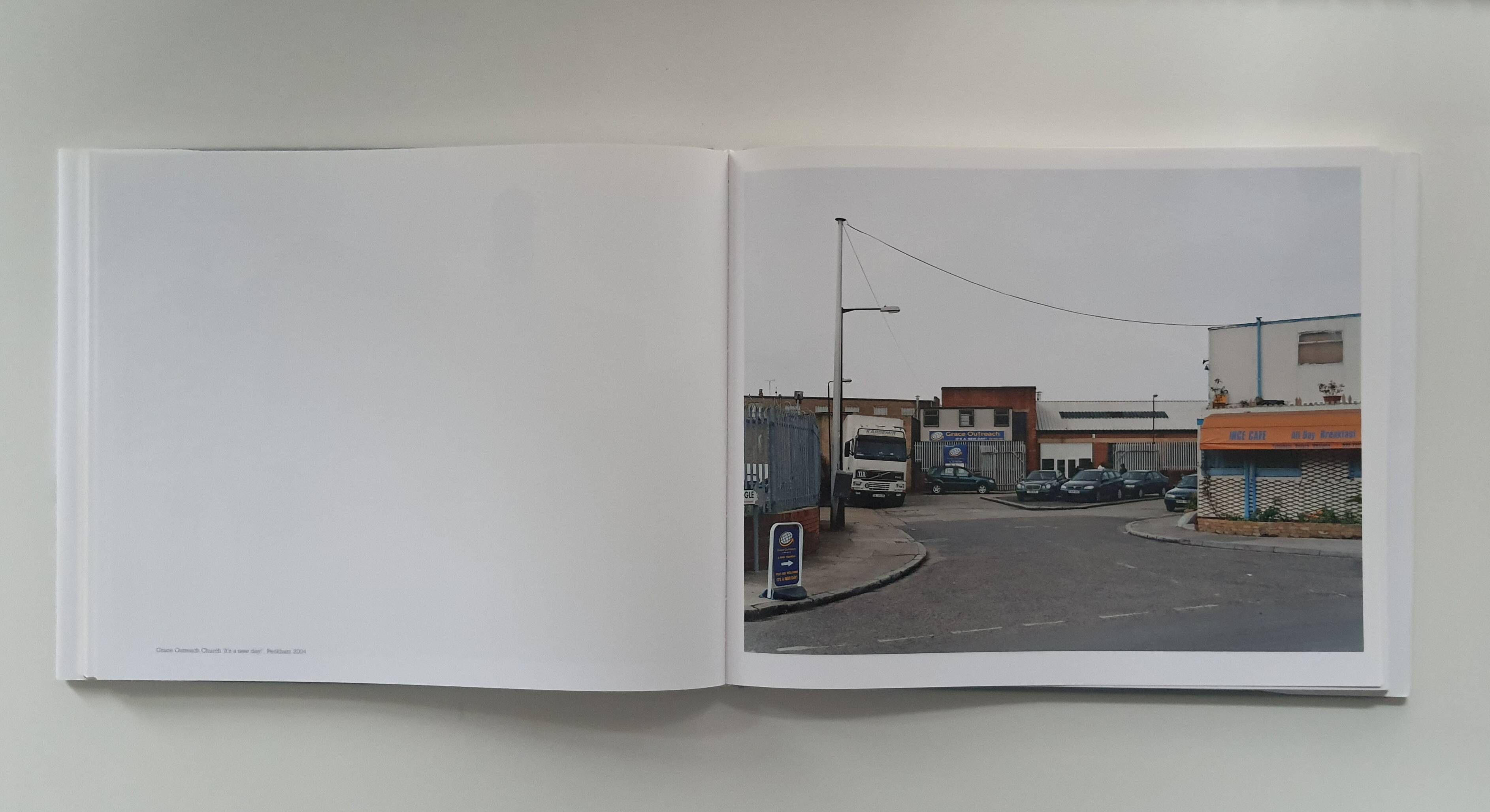 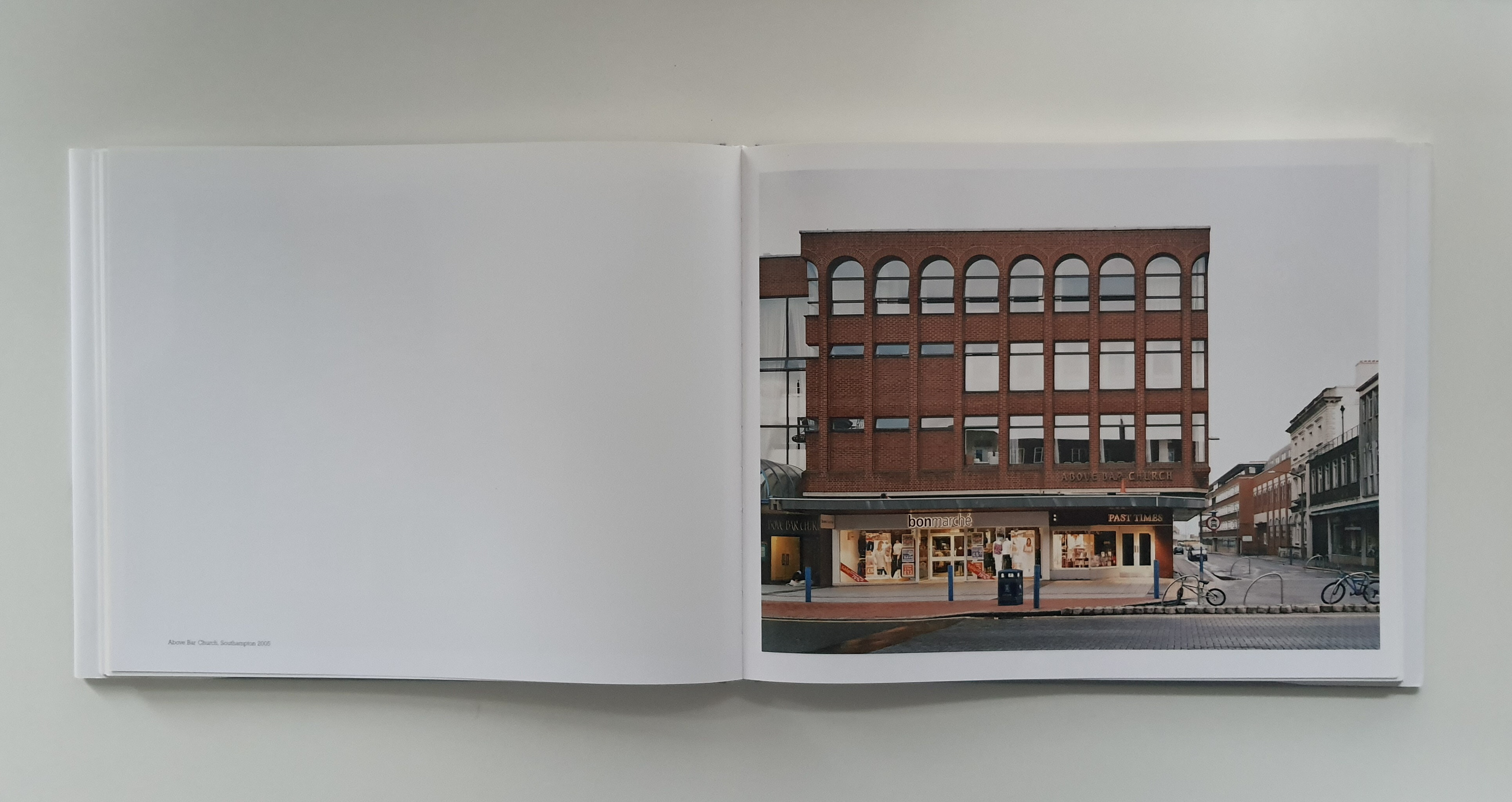 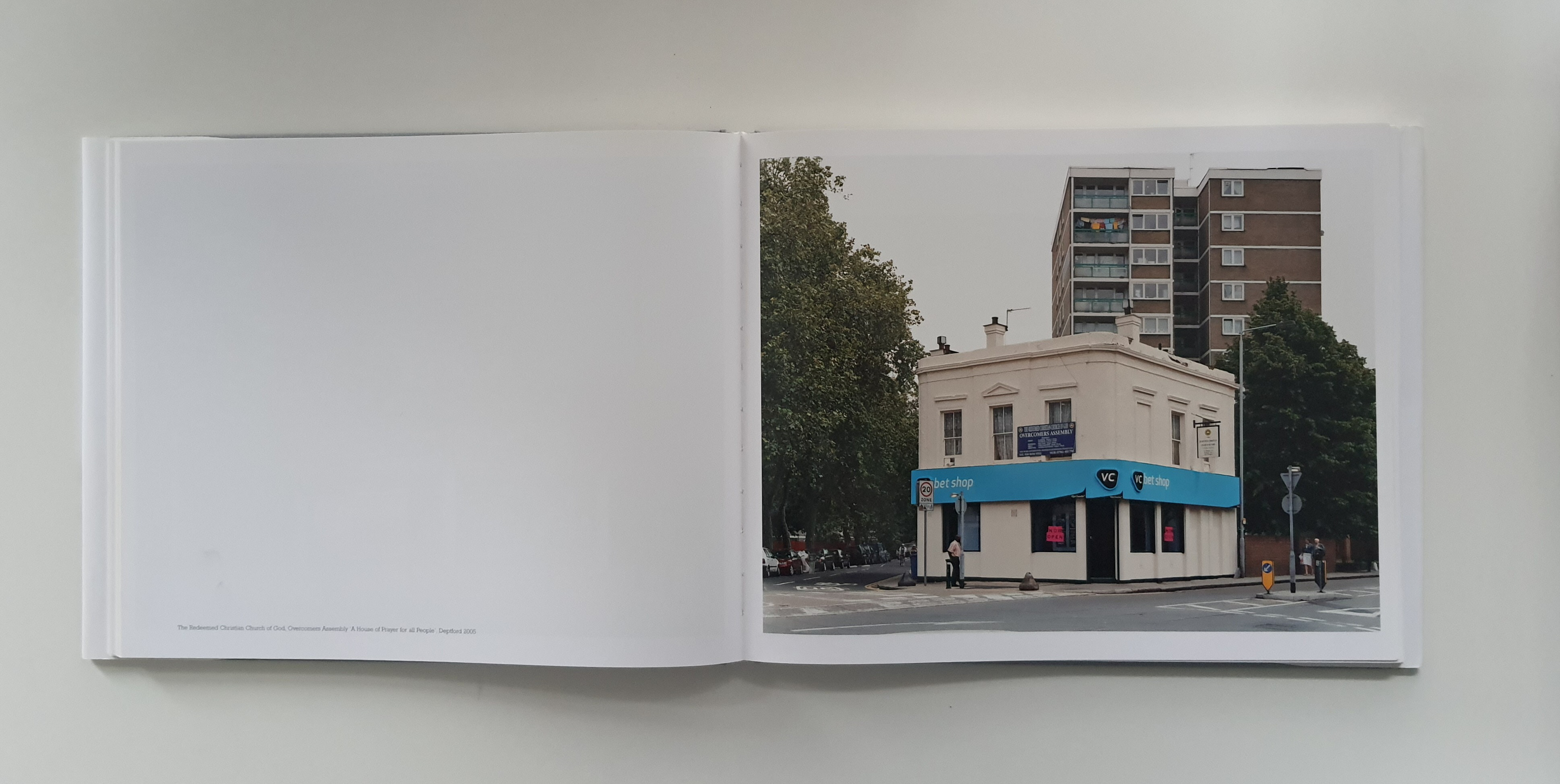 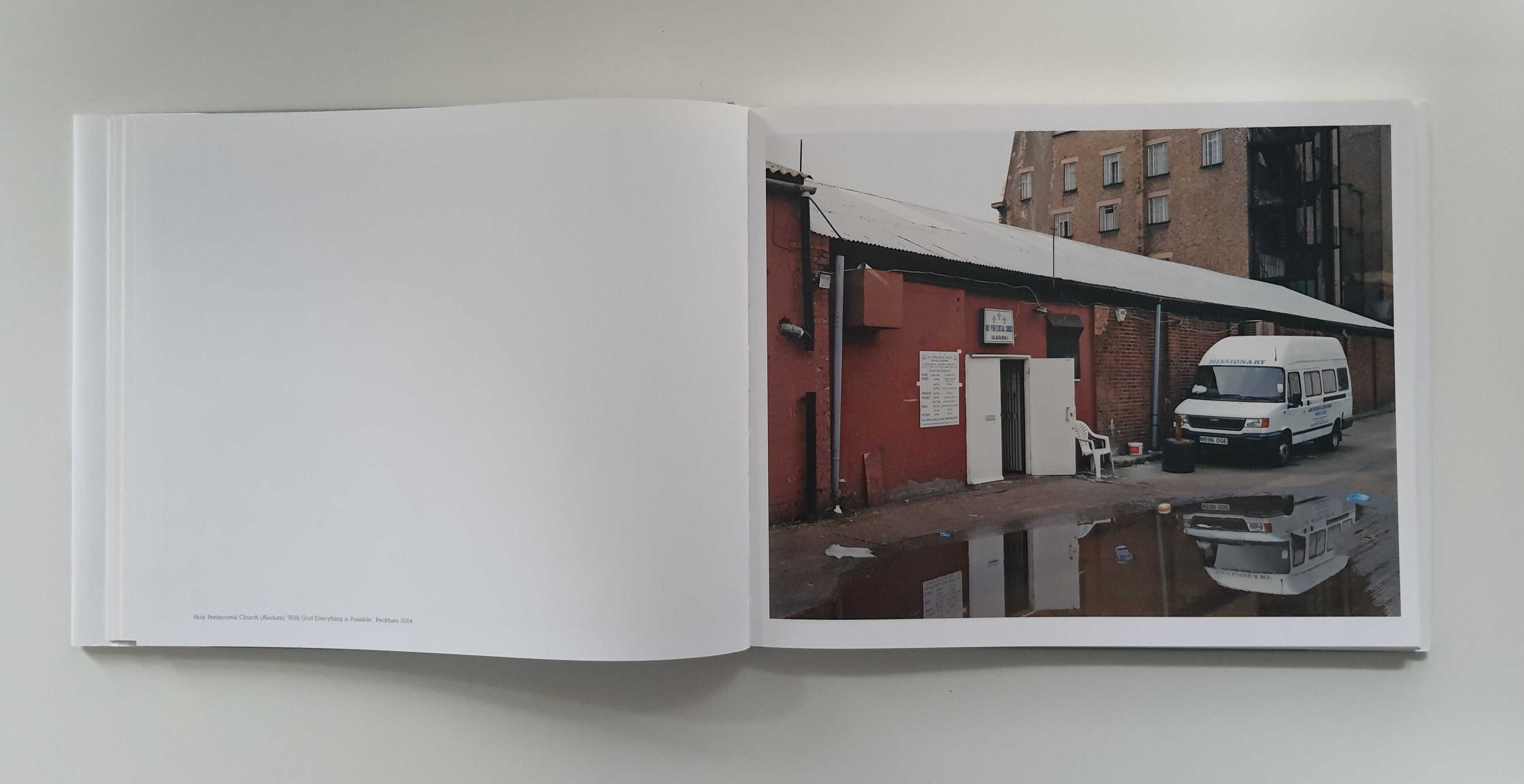 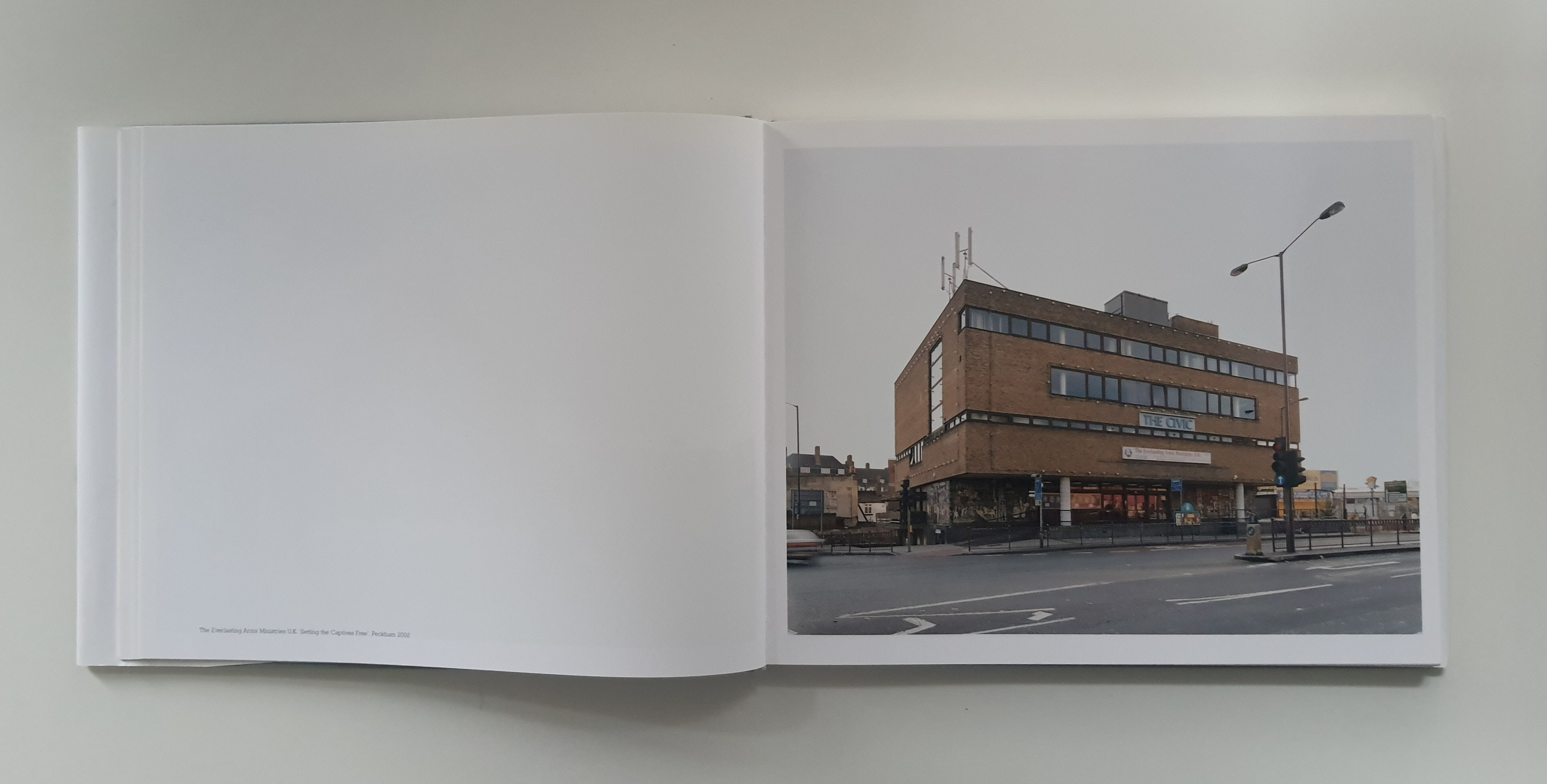 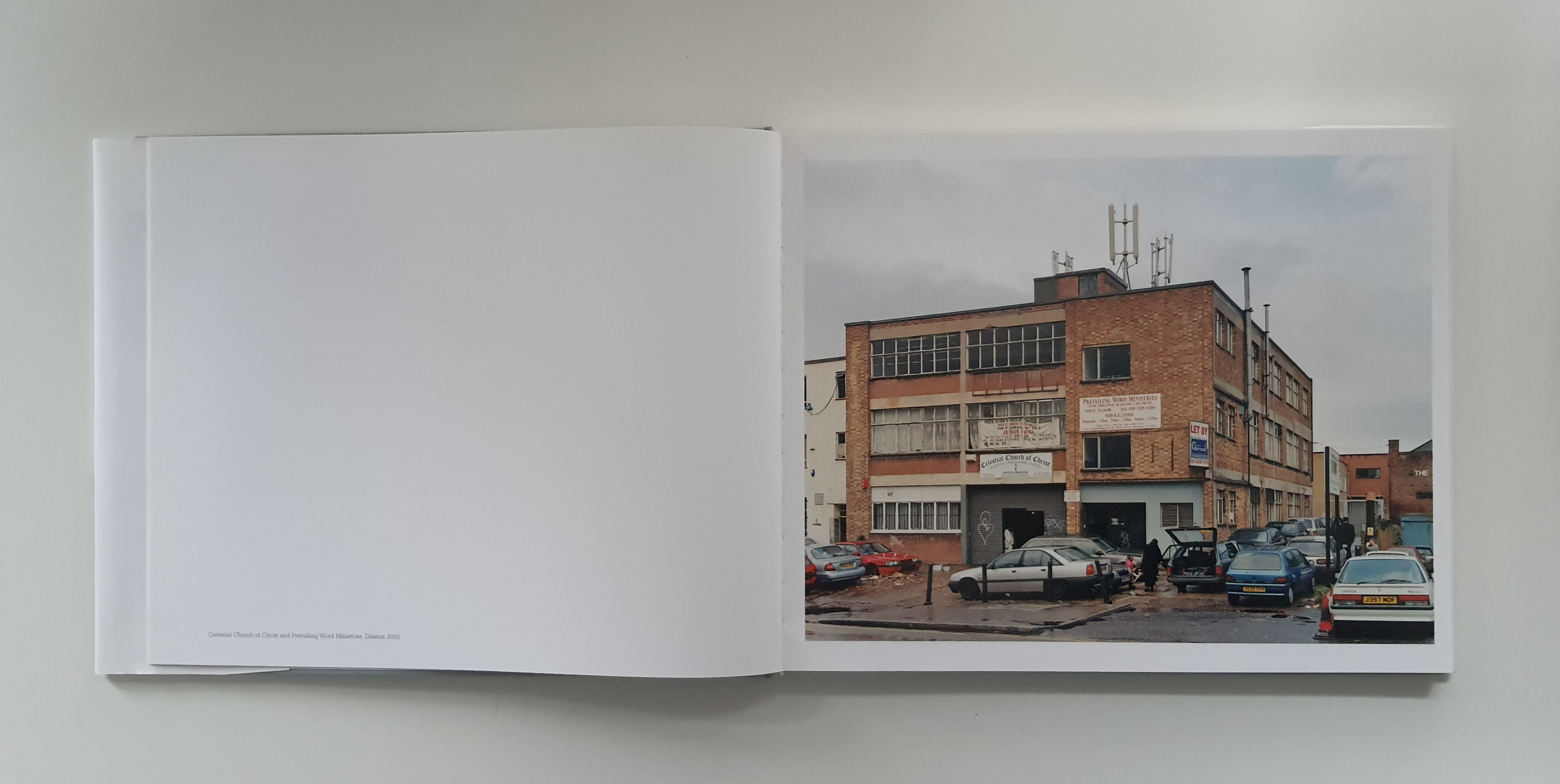 First of all, what bothers me about Spero’s photographs is its uninspired formality. It reminds me of street photography, admittedly with a dedicated subject, but nevertheless born out of an attitude that relies on quick but imprecise shots. Often, but not always, he puts the churches in context with the buildings around them, but often he doesn’t, thus counteracting his statements and his subject.
Then there are the shots that indicate a certain comfort on Spero’s part.
His shots seem almost random, like lazy snapshots.
Another component of my criticism: a large part of the shots were taken in Peckham, I conclude from the closer surroundings of Spero.But it would have served the book well to widen the focus and radius.
I also have to make the accusation of convenience when I go a step further and ask myself why he didn’t take any interior photographs.
Reinforces my thesis that the photographs were taken on a whim, out of a kind of collecting passion rather than because he wanted to deal with the subject.
Yes, Spero’s „Churches“ are interesting at first glance, also because he takes up a topic that is not uninteresting in principle, but that is severely truncated in its execution.
Why are the churches where they are? Who runs them? What kind of people go there? Apparently, they are often migrants who have their roots in Africa or other regions of the world and have created their religious refuge in London. I would have liked to have answered all these questions, and then with shots that do not fail because of the photographer’s convenience.