Really everyone has an opinion about Russia. Depending on political and personal orientation, it is either positive or negative. In this opinion compass, Germany once again takes on a special role. On the one hand a former country within the former USSR, one the other a western integrated and US-centered society. Where does a russian born and grown up in Russia, who emigrated to Germany in 1997 at the age of 24 and sees himself as a decidedly German photographer when he returns to his homeland after years? The concept of homeland, if purely related to a region, is even more heterogeneous, especially in a giant empire like Russia. Between Moscow-centered areas in the west and the eastern regions at the border with Mongolia, there are not only geographical worlds. And as it happens: his photographs blossom with melancholy and sympathy. Boris Mikhailov notes in the foreword that he misses the „painful and terrible, the wild casualness and the wild horror“. One may find his objection justified, Russian society has always been a brutal one. In every period. 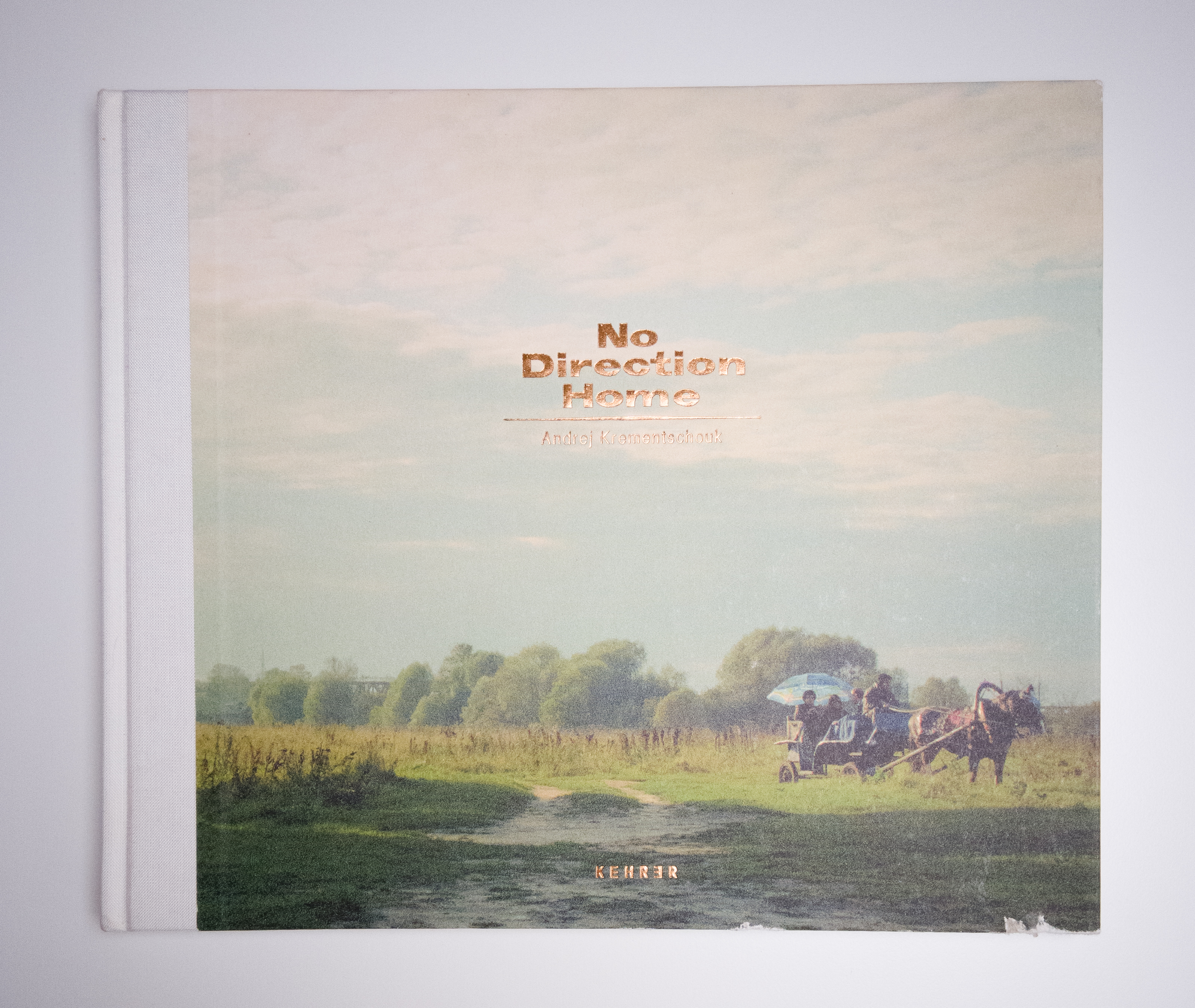 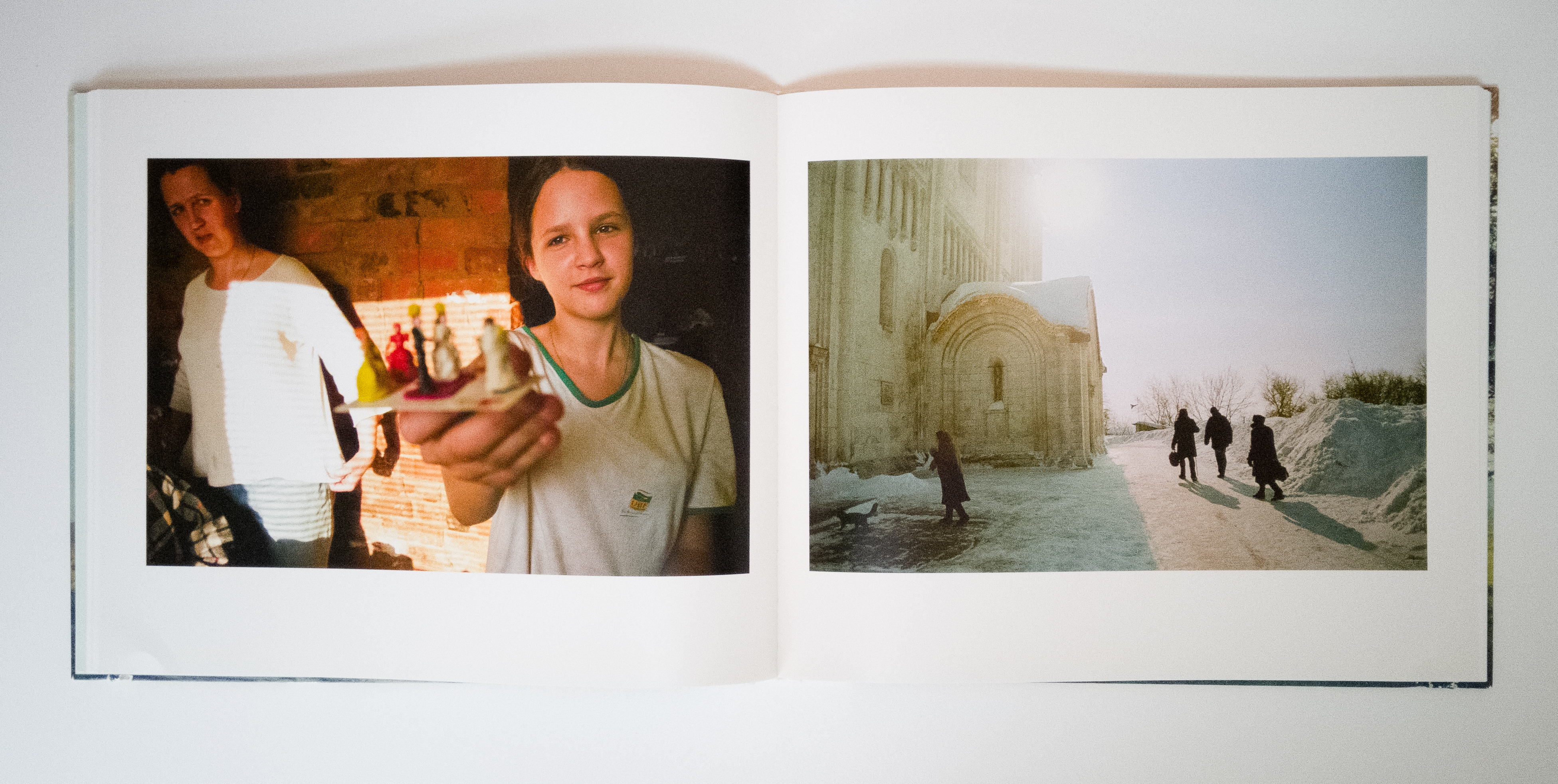 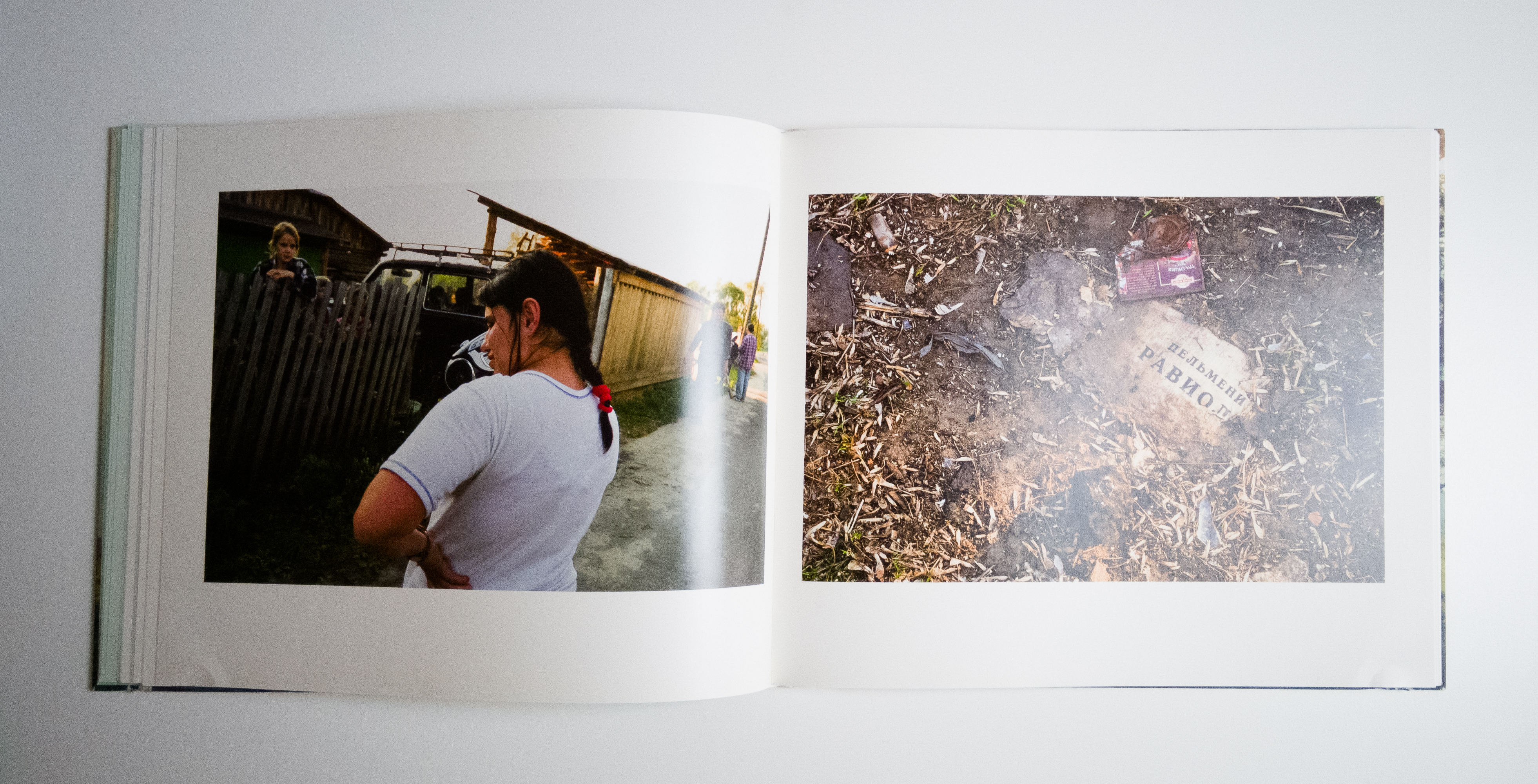 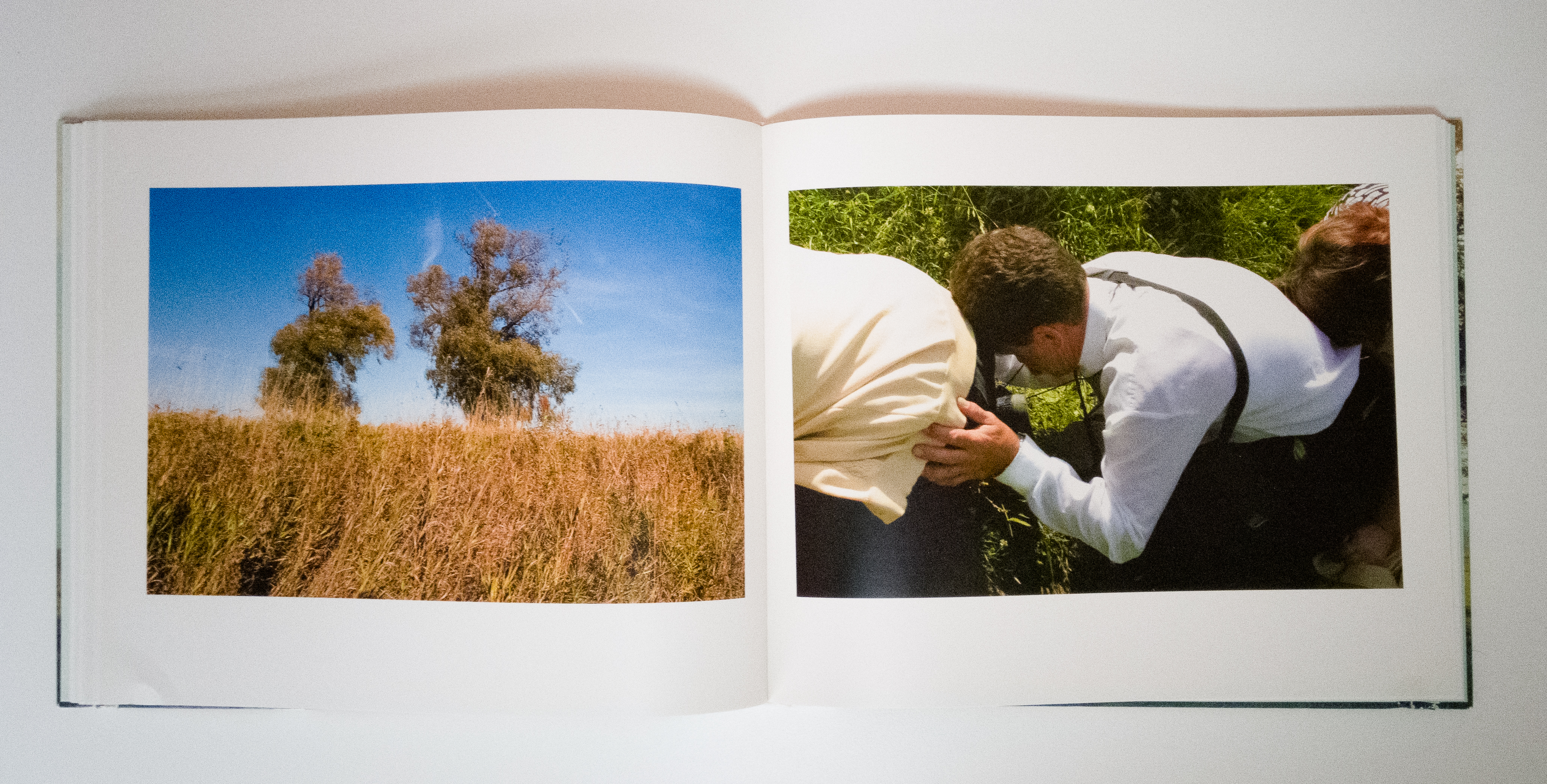 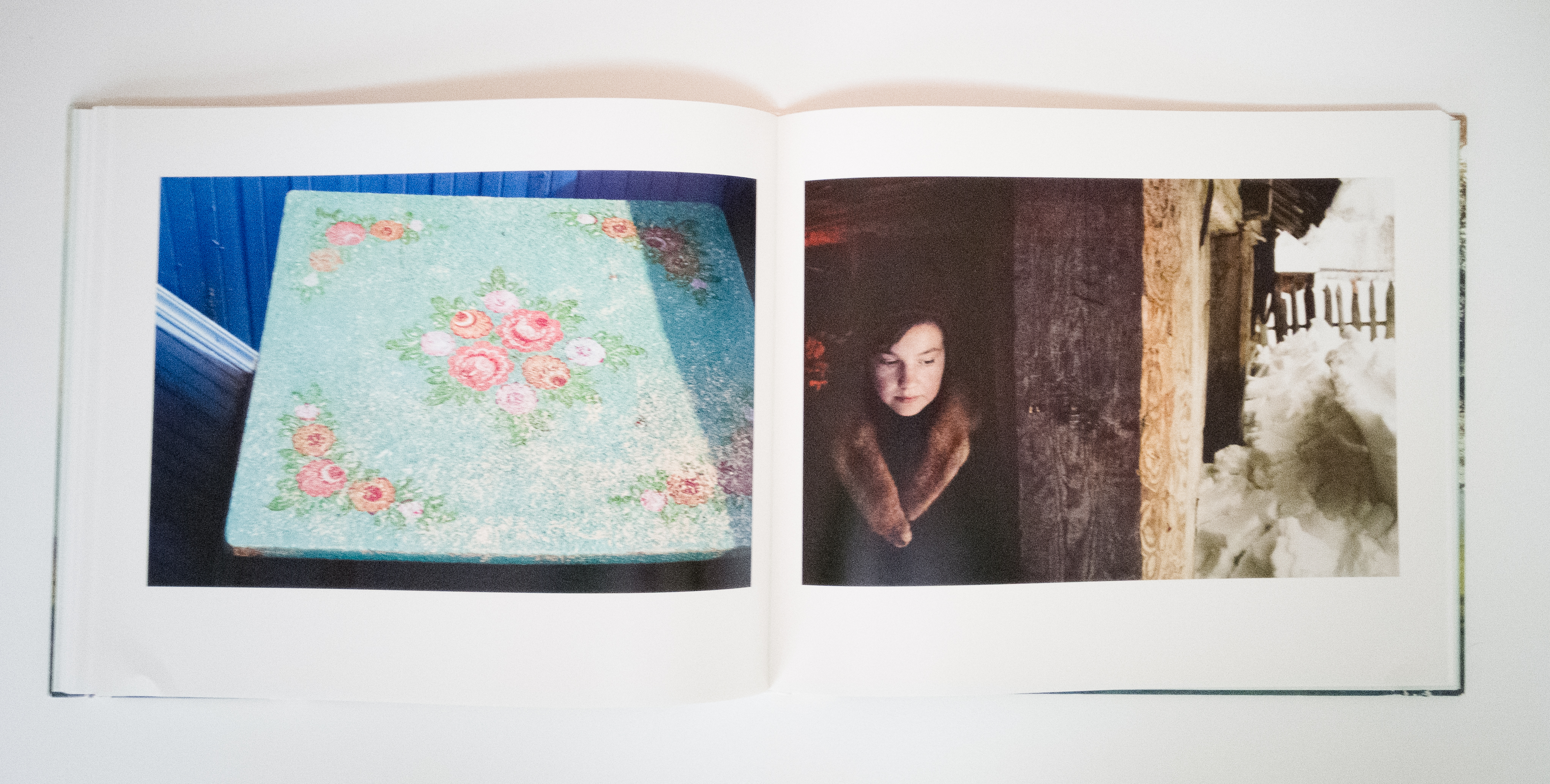 Nevertheless, I do not agree with Mikhailov, idealization is also a way to suppress the negative, to process it. If there is anything in Kremenchouk’s vita at all that he needs to work through. He consciously chose his path, and in view of his unembellished photographs one never has the feeling that something is being played out here. No direction home feels like a merry-go-round, with Krementschouk standing in the middle, with scenes of landscapes, people, animals, and everyday scenes appearing around him. If the carousel turns too fast, blurred snapshots, crooked pictures, fragments of hair and grasses appear. But then again standstill, pause. Young people celebrating, a funeral. And again and again: landscape. It seems untamed, never threatening, just like the pictures of people. But strange. Andrei Krementschouk often gets up close, in portraits or close-ups of the apartments. A CD player stands on a prehistoric TV set, the power lines hang prominently above it. Cars are scarce commodities, horse-drawn carriages seem to be the preferred means of transport. A bucket serves as a wash basin. Maybe it is my western influence and also in the sense of Krementschouk: it is difficult to feel empathy. Everything remains strangely empty and distant. Despite, or perhaps precisely because of the melancholic subtext that his pictures run through. Perhaps it is also the certainty that this village, too, is gradually disappearing, being caught up by modernity. An intimate work that one has to get involved with, I may not succeed completely, but his insights into a more unknown Russia are worth every look.