Why people spend their holidays in motorhomes and on campsites will always remain a mystery to me, but millions find their happiness in this kind of holiday.The evolution that this form of holiday has undergone is quite remarkable. From tents in forest clearings to a wedding in the 50s when it was a cheap alternative, to metre-long, hypermodern motorhomes and no longer mobile accommodation that looks more like allotments, just hundreds of kilometres from home. Of course, there is no such thing as the typical camper, as little as the typical package holiday maker. Most of the times, they appear in pairs, are already at an advanced age, financially at least well equipped. What unites them is the desire to leave home, but to take their familiar surroundings with them. Camping, in whatever form, as a camper with caravan or with a large motor home. This way of travelling only works in nature. The supposed seclusion, the independence, is of course counteracted by the forced connection to supply networks, the existence of hyperlocal infrastructure. Isn’t the individual and the near-natural described as a great advantage? Phelps takes a completely different view: here, nature is tamed. Trees as sites for satellite dishes, mobile homes lined up in rows, hunting fences around one’s own plot of land so that no foxes enter it. Despite the mobility, which makes it possible to interact with the local population even away from the tourist strongholds, the campers stay among themselves. German cuisine, german management, German (or at least like-minded tourists from other countries) neighbours. 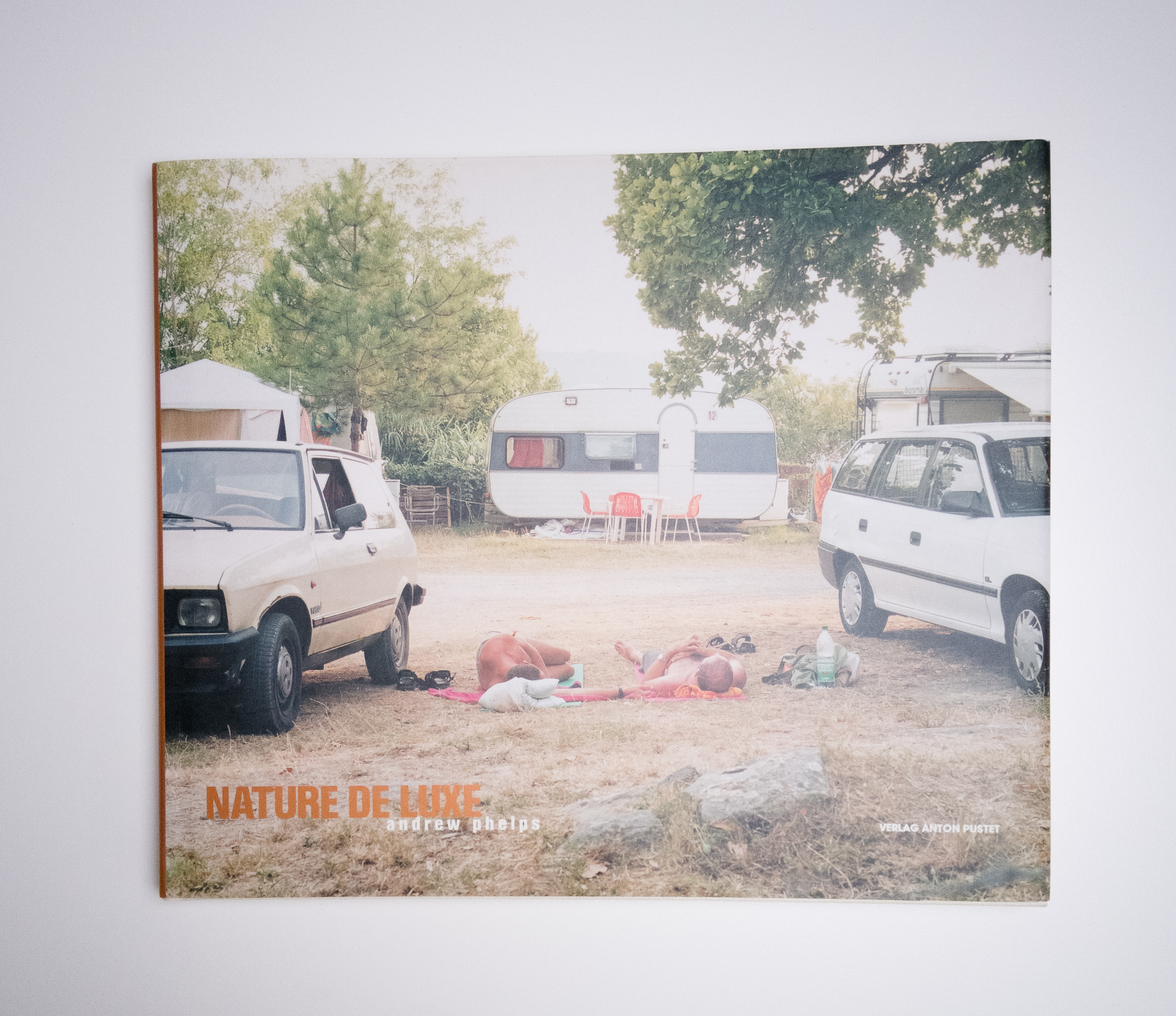 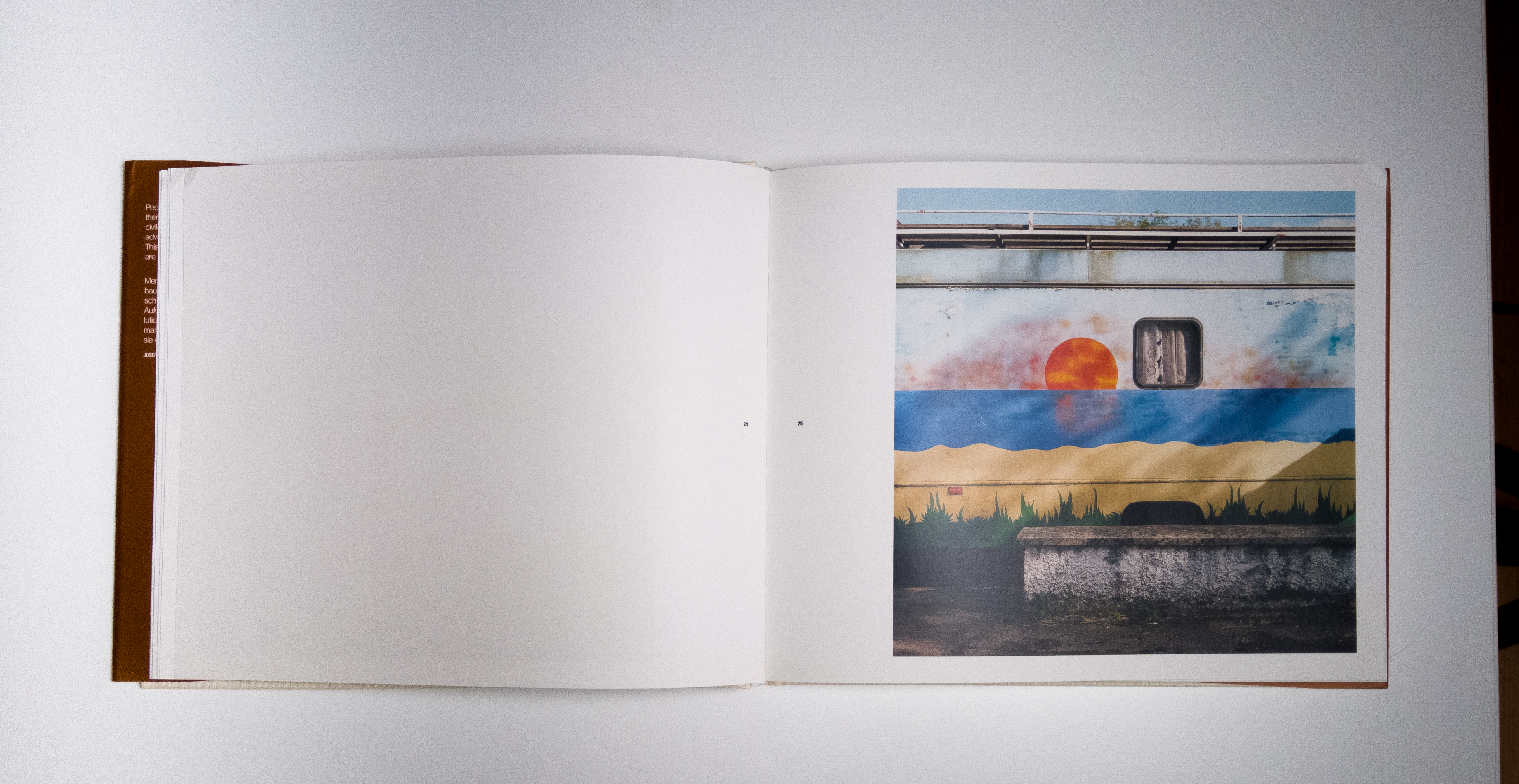 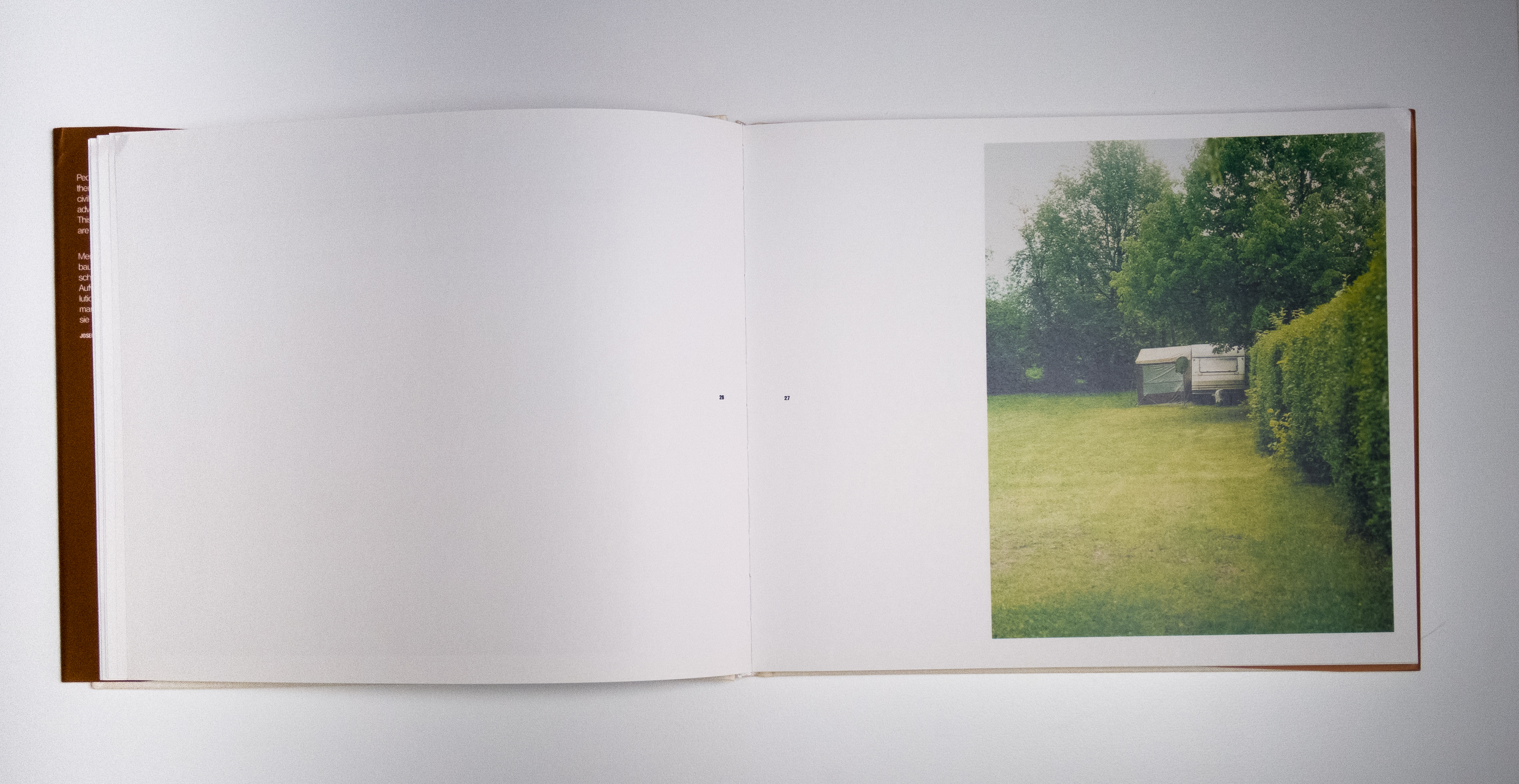 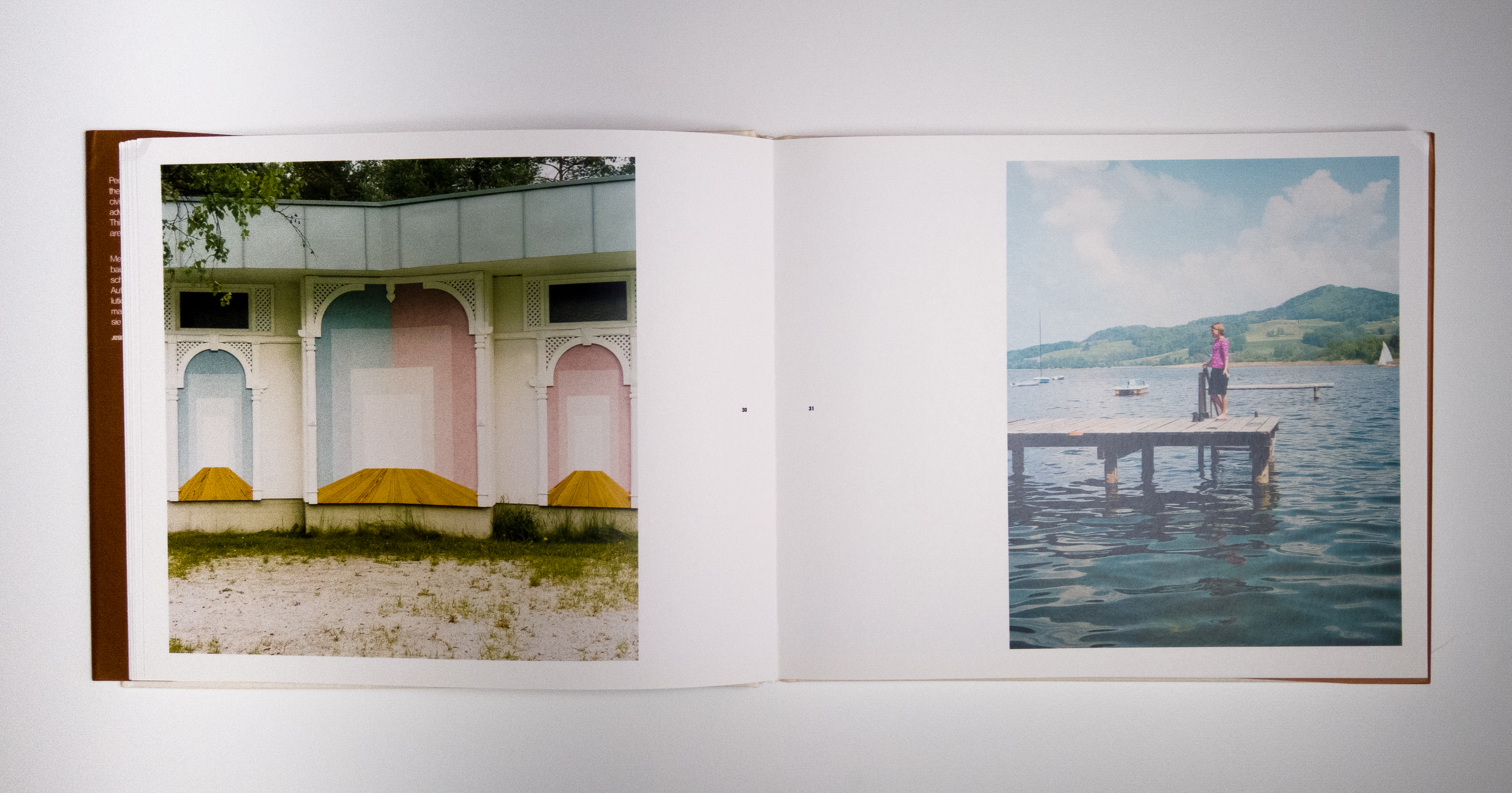 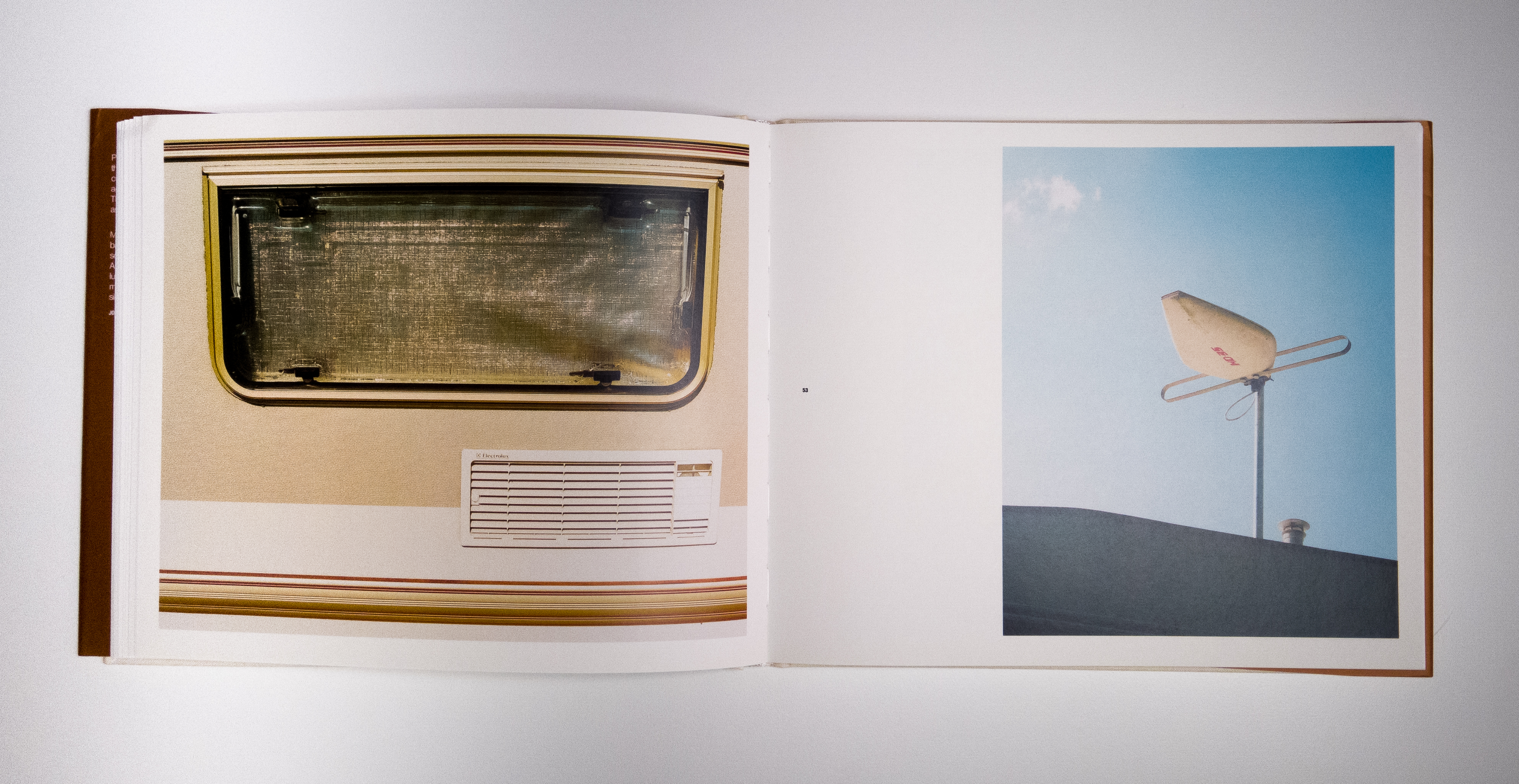 The gallic village that resists outside influences. Conservative, not very keen on experimenting.  Not the „foreign culture“ is accepted, the own culture should be exported if possible. Campaigns in a different way. Phelps documents his impressions in distanced, cool pictures, which certainly require a certain amount of personal effort to get involved. There is no emotion, no connection to the few protagonists, who serve only as staffage anyway, in the surroundings of the foreign. His photographs, mostly taken at Austrian campsites, are of course interchangeable. The same scenes can be found all over Europe. According to Phelps, a reduced, less comfortable version of his own home. Not very suitable as an advertising brochure for the camping industry, but a sober view of this variant of travel is interesting. And perhaps even a little instructive.