„We need photographers to keep us aware of what’s happening in the world“ Gerard Goodrow in conversation with Peter Braunholz.

If we take this statement as an invitation, the works of Peter Braunholz come very close to this claim. In his previous work „Topophilia“, in which he visited and portrayed rural areas throughout Europe, it is the inconspicuous streets of villages into which no tourist or traveller would ever stray. Braunholz itself highlights the differences in how people in different regions make their possessions their own. However, I see much more similarities here than separating circumstances. All the streets depicted here could be in one and the same city. There may be differences in architecture, in the colours, in the structural condition. But everywhere you find the same deserted streets, similar gates and windows, the same melancholy. The choice of motif, the location Braunholz chose, creates an openness, a free space that invites the viewer to take a closer look at the scenery. His photographs are devoid of people, but not abandoned or lonely; everywhere there are hints of an intact life. The construction machines in the background, the fresh flowers in the window. The decision not to depict people is absolutely right, leaving out a supposed second level that would only be a distraction here. The next presented work goes one step further. From the streets into the corners. He no longer moves on the level of multinationality, now he brings the inconspicuous to light in Germany, in the Rhine-Main area. Corners of houses, with rainwater pipes, painted no-parking zones, bushes, windows. Little things that basically have no overriding significance, nor do they open up new worlds, but invite us to pause for a moment on our next walk and become aware of our surroundings. „Photographic Realities“ shows Peter Braunholz’s work from a total of 15 years, which includes larger series such as „Topophilia“, „Ecken“ (Corners) and „Individualization“, but also smaller and individual photographs.  On the one hand there is Braunholz‘ extensive oeuvre, his broad spectrum. But also the different quality of his works. Not all are successful or even interesting. Now, every photographer has at most average works. But should one then also publish them? Especially when both the quantitative and qualitative output and the discrepancy between the works is so broad. Individual photographs such as Bird’s Nest, the Beijing National Stadium, others from 2013, which were also taken in China, do not follow any pattern, but are at best an expression of Braunholz’s own astonishment at this unknown world. „Boy you turned me“ and „Liquid“ follow one idea: the optical play with water reflections. Unfortunately, it remains so, there is nothing else, no subtext, no false bottom, not even a hint of ironic refraction. 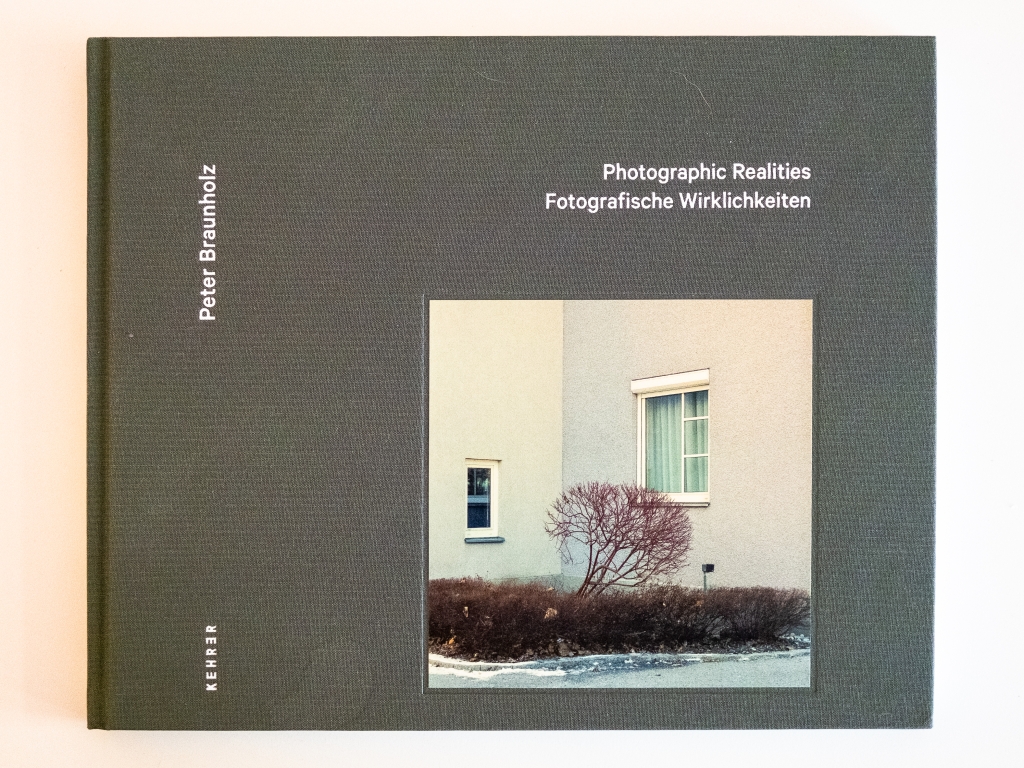 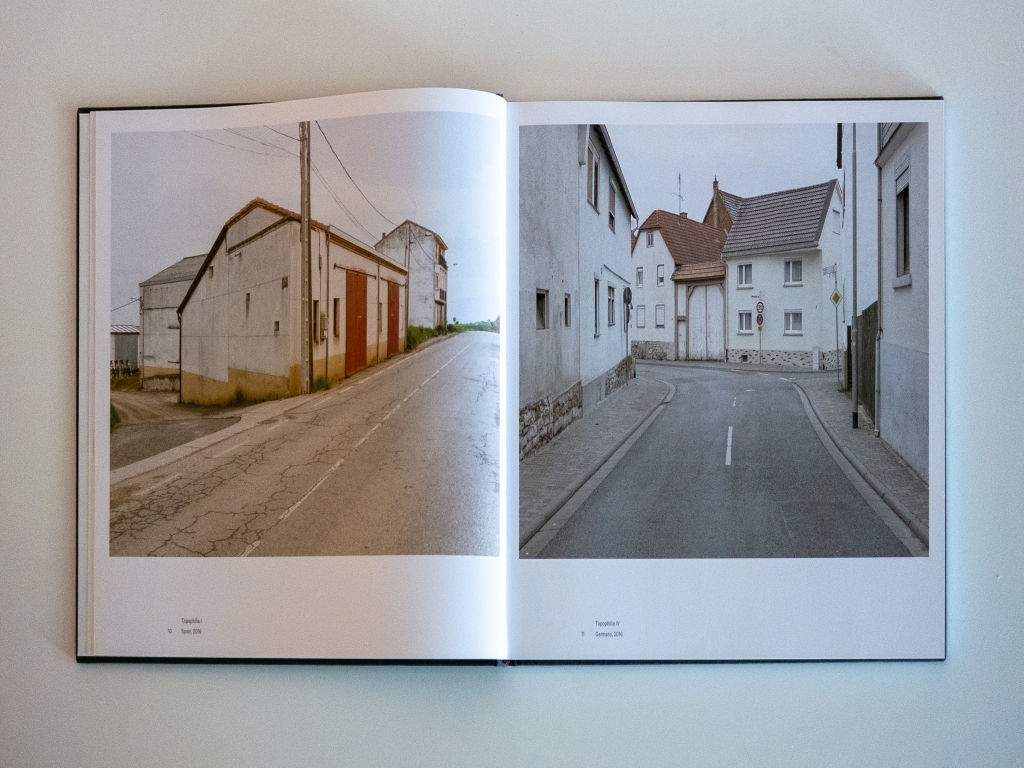 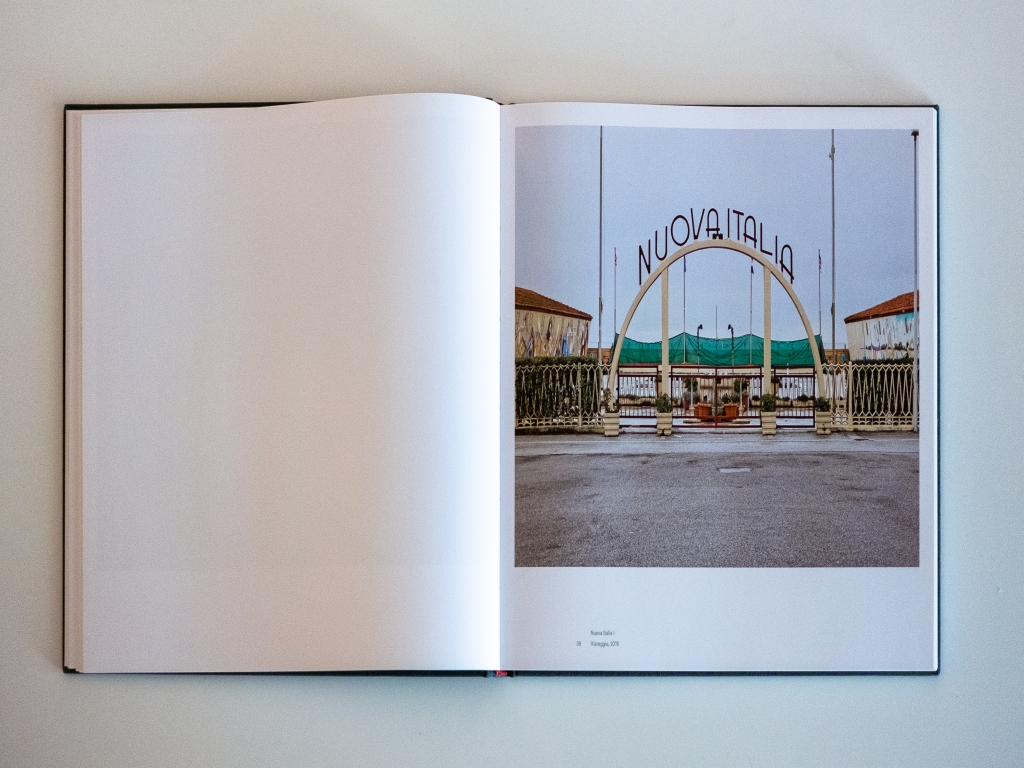 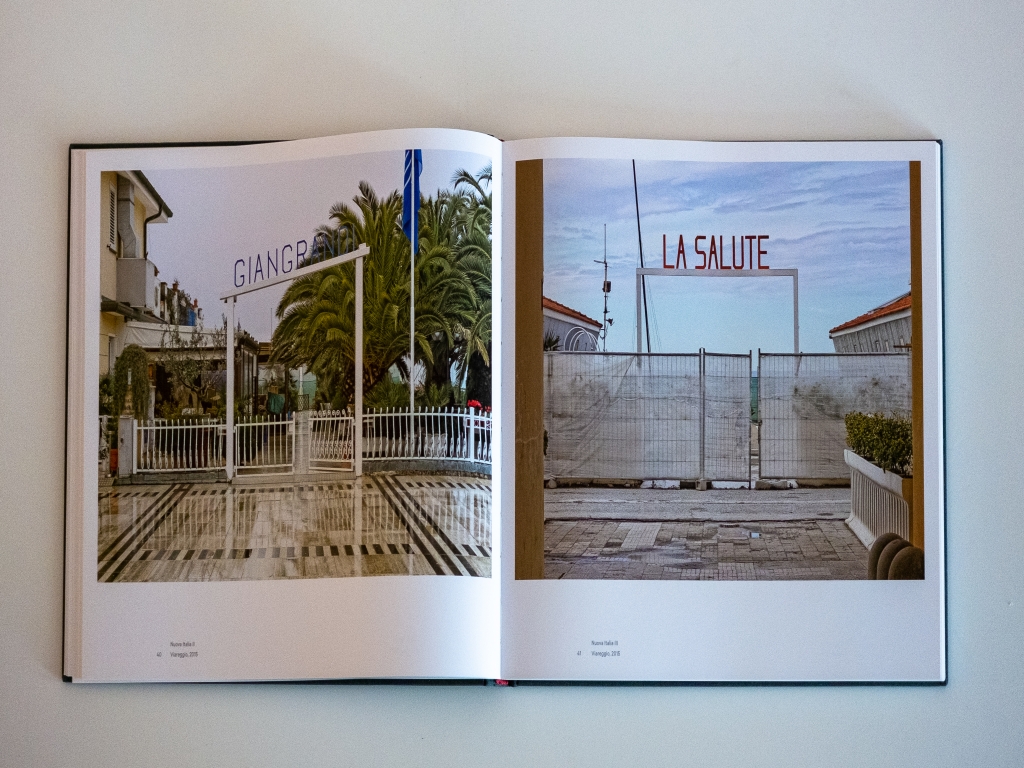 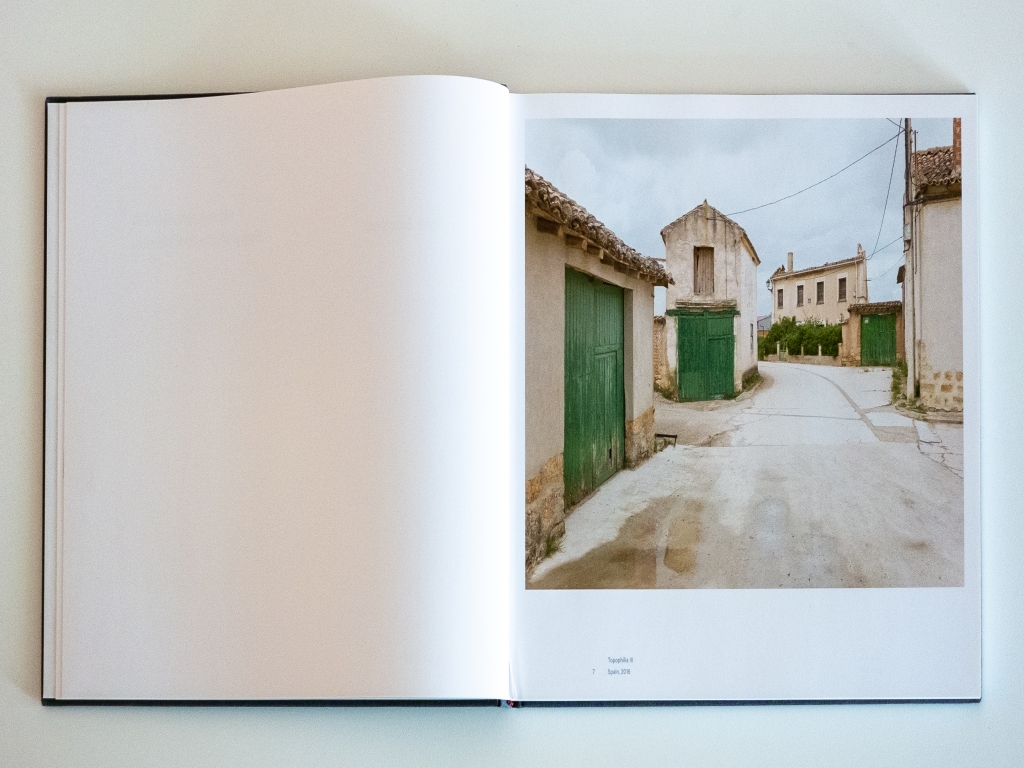 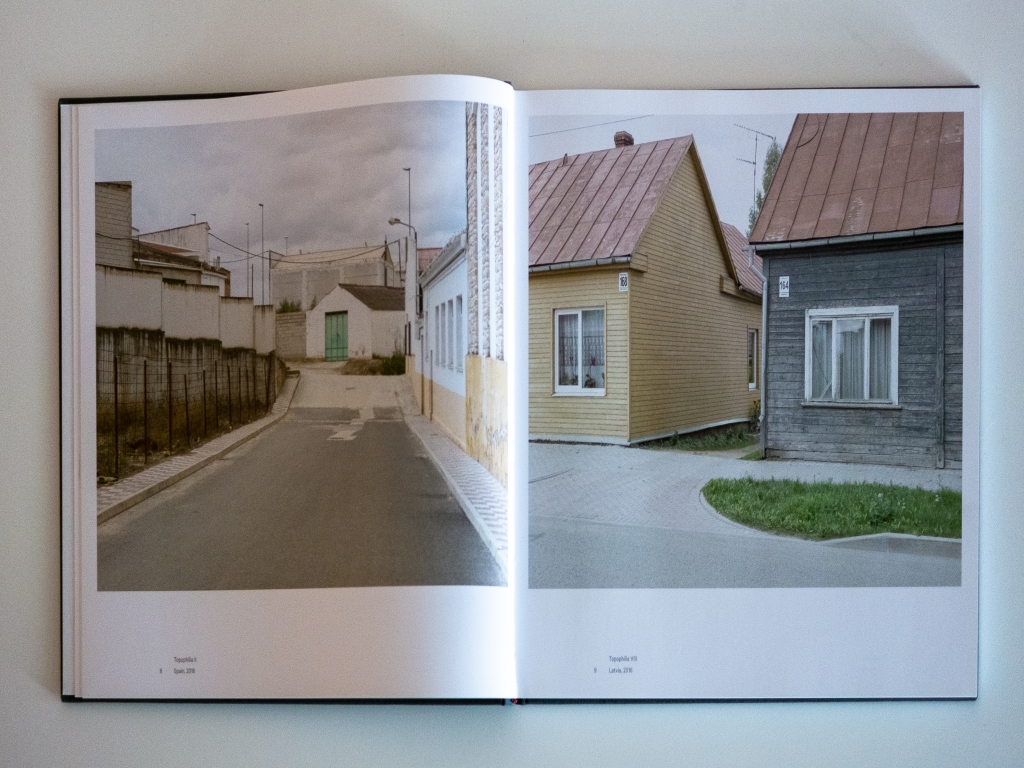 But on to two at least ambivalent works: In „Nuova Italia“, Peter Braunholz shows Italian bathrooms in winter. Without the hustle and bustle, the people, the dirt, the waste, without the beautiful weather. Freed from their original meaning. In this way they seem almost unreal and abandoned. On Instagram Peter Braunholz writes: „It reminds of a clown, exhausted from the show, still partly made-up, sitting in the wardrobe and knowing it’s end of the work day. As interesting as these works are, they don’t invite you to look behind the fences to catch the sea somewhere in the distance, for me they are too static, too repetitive. As a documentary work, certainly interesting, who would have thought that Viareggio has a strikingly uniform number of bathing establishments. Photographically they are still too banal, too far away from the actual event. The distance may be intentional, also for aesthetic reasons, but in the long run I get tired of it. Equally ambivalent: „Individualization.“ The Praunheim housing estate in Frankfurt, designed and built by the Frankfurt architect Ernst May in the 1920s, was one of several projects to combat the great housing shortage. They could be built quickly and cheaply, since most of the parts were built in factories and were only assembled on site, and could also offer some comfort. But this also meant that they lacked any individuality. When the economic miracle finally arrived and the demands increased, the individualisation of the houses followed. Braunholz portrays the front doors, showing how high the degree of redesign was. Stairs, doors, windows, accessories, mailboxes. Everything was rebuilt and designed according to one’s own taste. In this actually very appealing series I clearly miss the reference to the original building, to the one as the architect conceived it. Braunholz also exposes his photographs, robbing them of their surroundings and and thus also their function. In the first photographs from 2005, he left them in the motif by enlarging the detail and including the room. Without this, there is no historical reference, they seem like installations (which they are, of course), invented, the result of fiction. These are interesting photographs, the juxtaposition of what is all so possible, the degree to which the inhabitants choose to individualize themselves. But he forgets the historical context, which he deliberately chose before and negates it completely. Thus this series also remains ambivalent. All in all, Braunholz presents a successful oeuvre with „Photographic Realities“. Not everything is convincing, but the imperfections in particular show how very different the works are from all other photographers in their quality and consistency. This alone makes the purchase worthy.