Humans are capable of several things when it comes to displacement. Bad news or threats are often ignored in the hope that they will disappear into thin air or that the effects will remain controllable. This is how Jürgen Nefzger sees people in the vicinity of nuclear power plants. Fearlessly, thoughtlessly, perhaps also to some extent defenselessly, man builds his supposedly deadly structures in the landscape.
And man accepts this, plays golf, enjoys the landscape, swims in the rivers and lakes next to the white-steaming cooling towers.
Nefzger counters the long tradition of industrial romanticism. He paints an industrial picture that doesn’t romanticize anything, and he questions how it came to be that man came to terms with a dangerous technology.
The „Fluffy Clouds“, white, actually little threatening, playfully enriching the sky are so very different from the black, thick chimneys of the coal-fired power plants, the steel industry, which were symptomatic of the industrial revolution, foreshadowing the dawn of a new era.
In contrast to the industrial chimneys that could be seen for miles around and their associated factories could be heard, these new technologies seem modern, almost friendly, and that is how Nefzger perceives them. 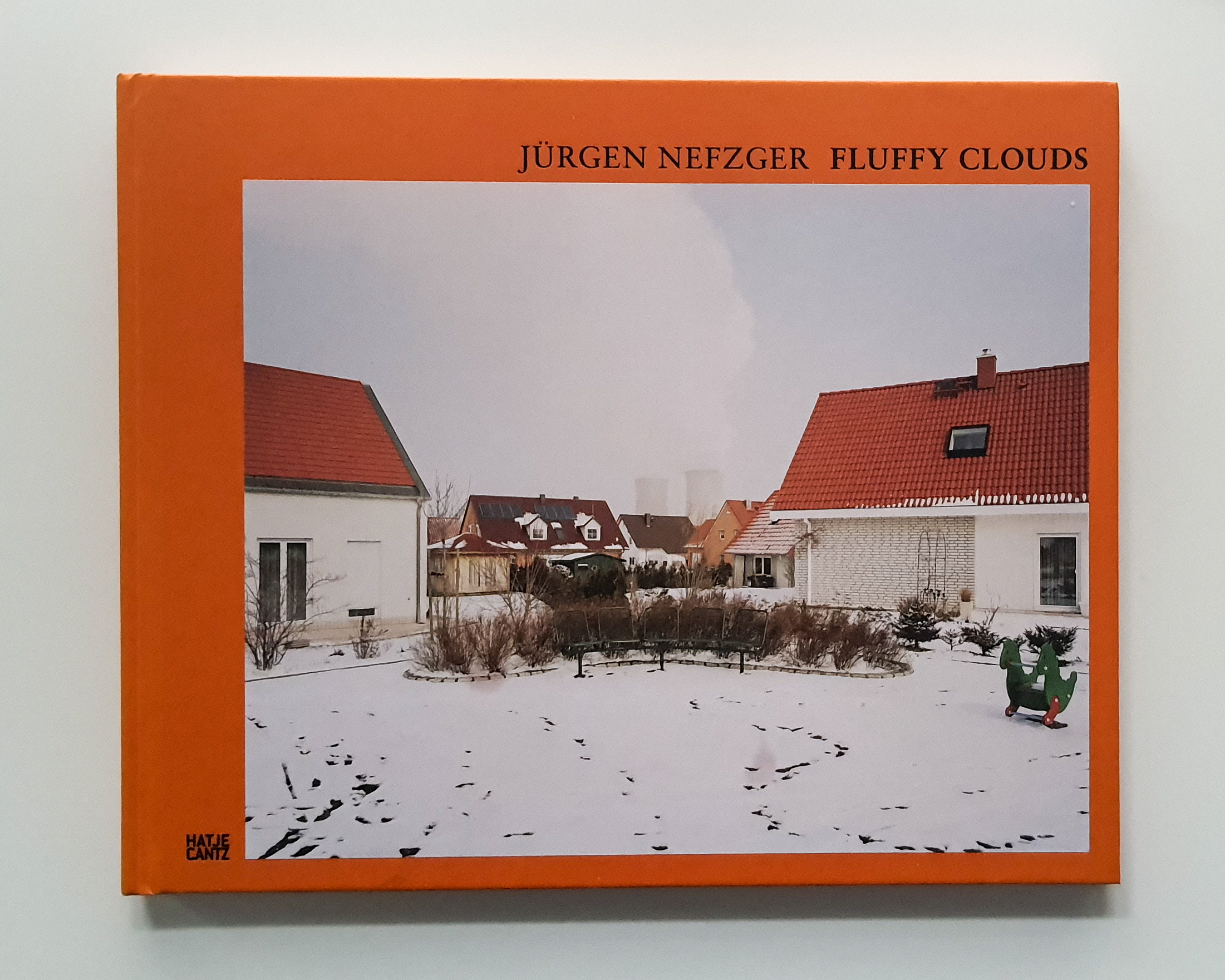 Sometimes the plants stand like giant monsters in the landscape, sometimes you have to look for them and find them between bushes, occasionally at the edge of the picture, hidden and inconspicuous.
But always present. For Nefzger, these structures heralding a new era are far more threatening. Precisely because they seem so harmless and emit only white smoke. He is less interested in the small-scale, as Mitch Epstein did in American Power in 2011, which also addressed land consumption and the effects on the landscape of the USA, but also directed the viewer’s attention to political and personal decisions and effects.
Nefzger, on the other hand, mixes classic landscape photography with an ironic commentary.
As much as I appreciate Nefzger’s work and see Fluffy Couds as a quite wonderful commentary on the nuclear debate, his view remains very „german“ even though he has lived in France for a long time. There remains a commentary that almost feels a bit arrogant. The golfer players, the anglers and the tourists in „Wunderland Kalkar“ the breeder reactor that never went into operation. „Yes, are they all insane?“ one would like to exclaim. Now, you may argue that people underestimate the danger or have come to terms with it or do not even perceive these entities as a threat. Perhaps they are simply more rational in their actions? Because there is no alternative? But what would it look like?
A landscape with thousands of wind turbines? Huge areas with solar panels? Nefzger does not provide answers, nor does he have to. The status quo remains a fact and, for the time being, immovable.
„The announcement of an imminent catastrophe is hiding in all these images“ claims Nefzger. But is that so? Six years after Nefzger’s last photograph, the catastrophe in Fukushima took place. Ironically, the opinion in Japan on the use of nuclear power remained positive.
The countries Nefzger traveled to are all, except for Germany, convinced of its use. Thus, he somewhat counteracts his own assertion.
Now Nefzger is not doing a socio-political analysis, but a personal essay. I would not go so far as to call his work ambivalent; it is too well, too pointedly worked out. Nevertheless, it remains a German view of the debate.