From a European point of view, the cliché of America consists of a diffuse concept of freedom, vastness, we think of the big cities like New York, Los Angeles, of pop culture and capitalism. But also of Texas, of childhood memories from feel-good TV shows, describing an ideal world of rural life. Be it The Waltons or Little House on the Prairie. It seems to be the perfect world, where humans and animals live together in harmony, where problems are solved in an uncomplicated way and at the end of the day everything comes back to normal. Dan Nelken takes us on a journey into a world that is rather unknown, especially to city dwellers. On the one hand, there are the small farms who supply their local communities, where globalisation seems far away. It gets even smaller at the regional agricultural fairs, where the farmers display their animals and their products. The most beautiful cow, the most stunning turkey, the biggest pumpkin are awarded prizes. While his photographs may be from the early 2000s, they would probably look the same 30 years ago and still do today. It shows the endurance of this institution of farmers as the backbone of the US food supply. Nelken portrays what is presumably the next generation of farmers, posing with wit, pride, the successes of hard work and affection for their animals. He’s focussing on the children and young people who will eventually take over their parents‘ farm, if it is still profitable then. Even in the USA, it is no longer a matter of course to be able to make a living from farming. But those days will soon come to an end, regardless of whether they follow in their parents‘ footsteps, take on their inheritance or migrate in the hope of a more secure professional future. Moments of affection, of intimacy still predominate, but a glimpse of the future is portrayed in the portraits of the adults, posing sternly, focused, for them these fairs merely serve as a testament to their hard work. 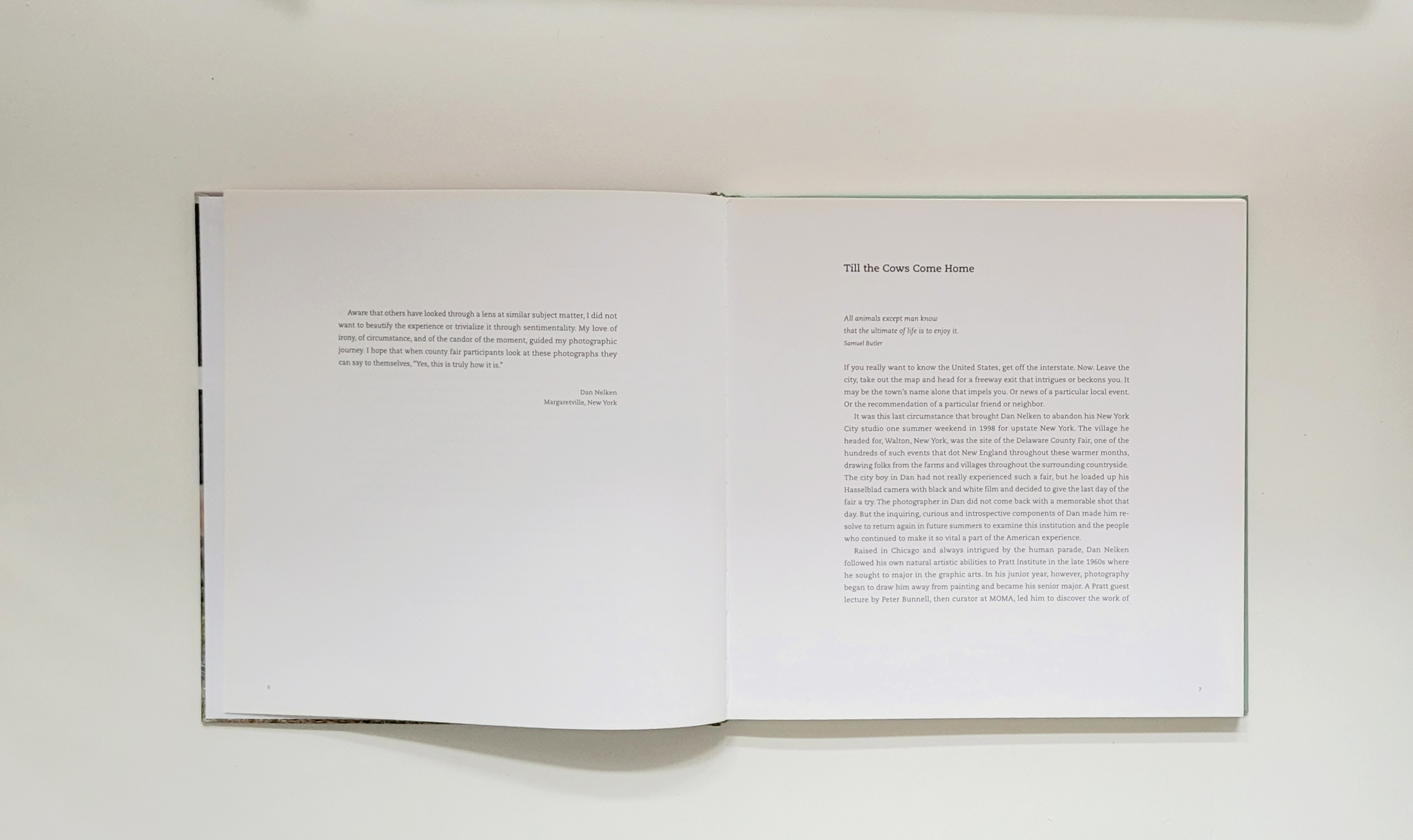 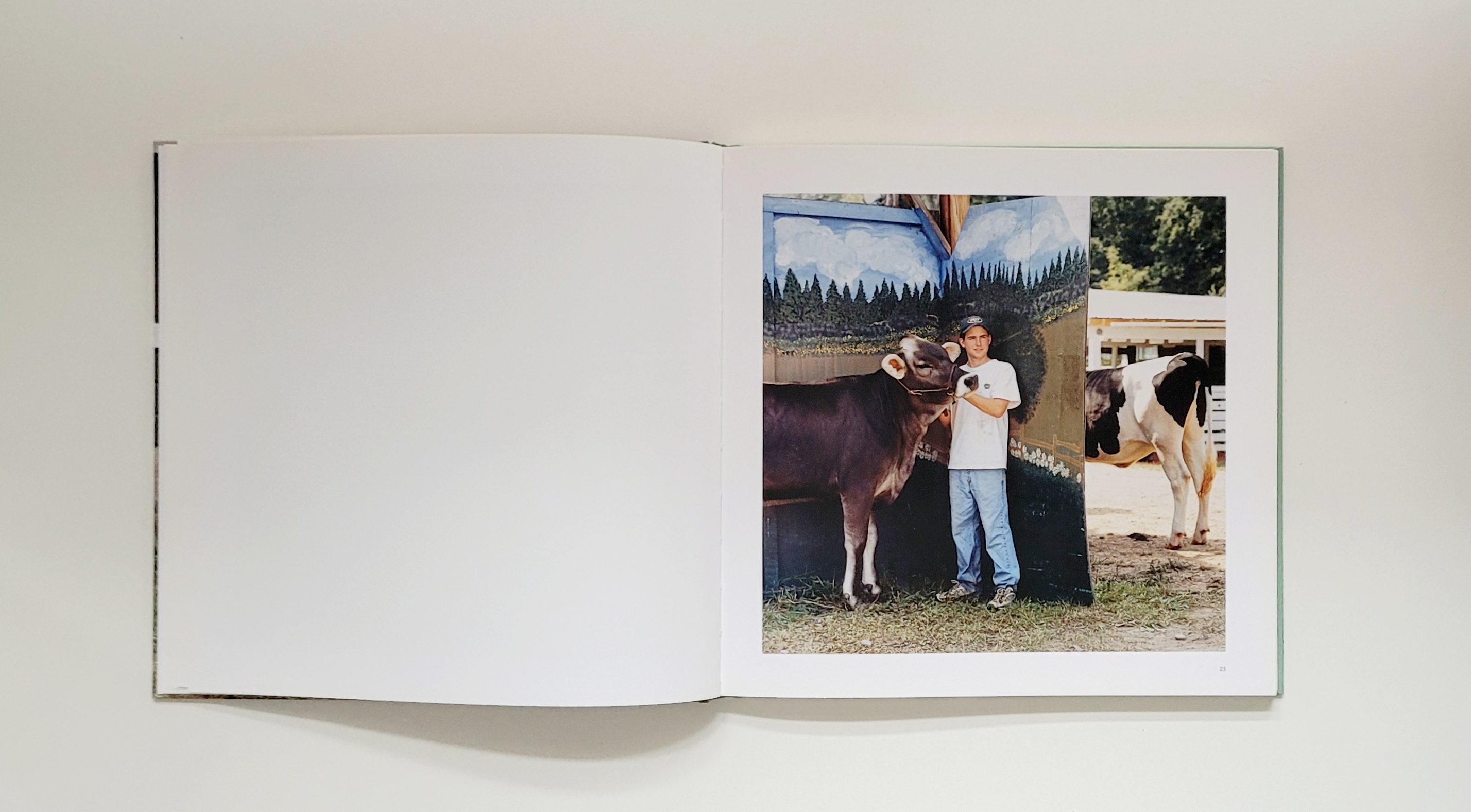 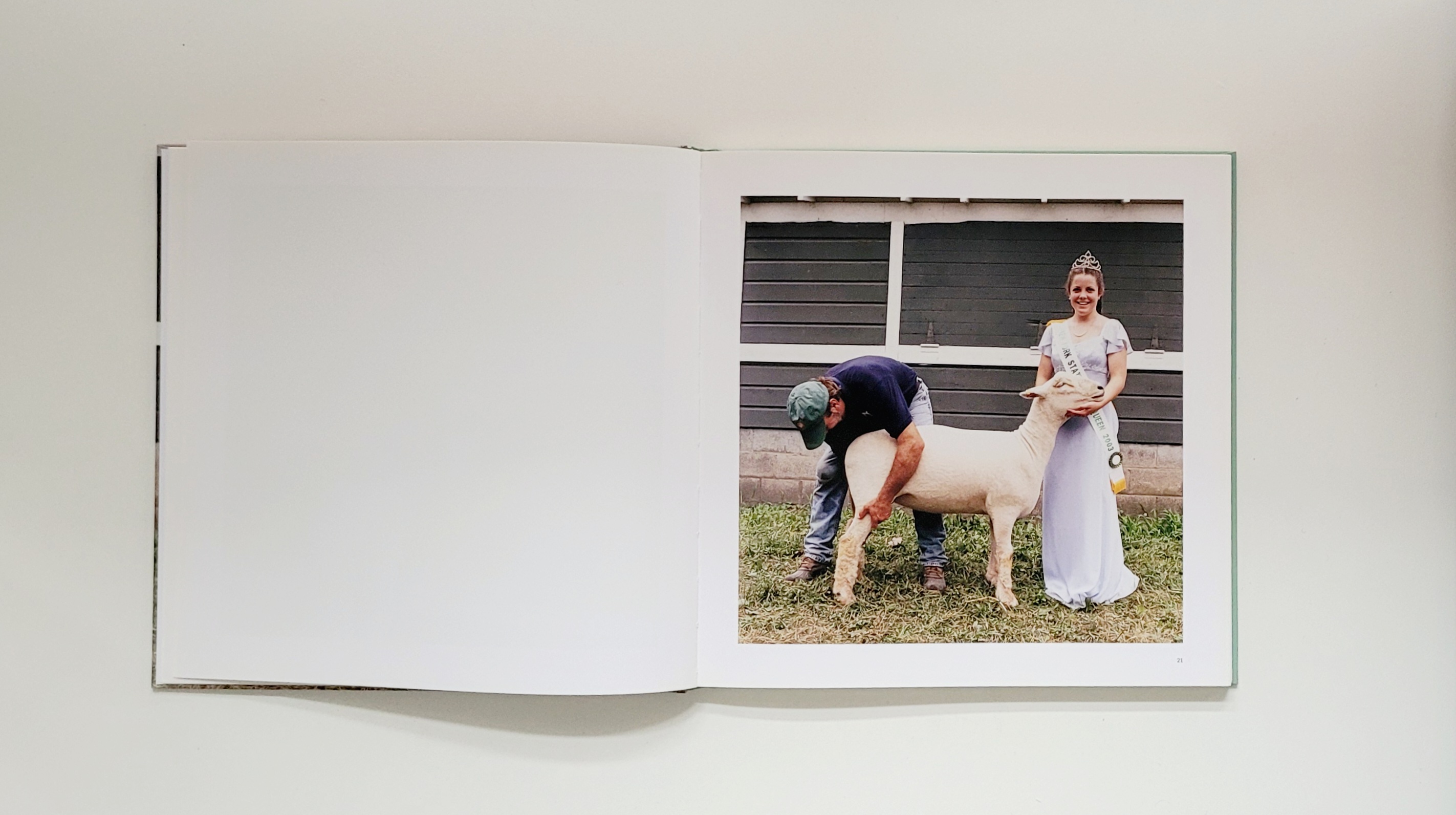 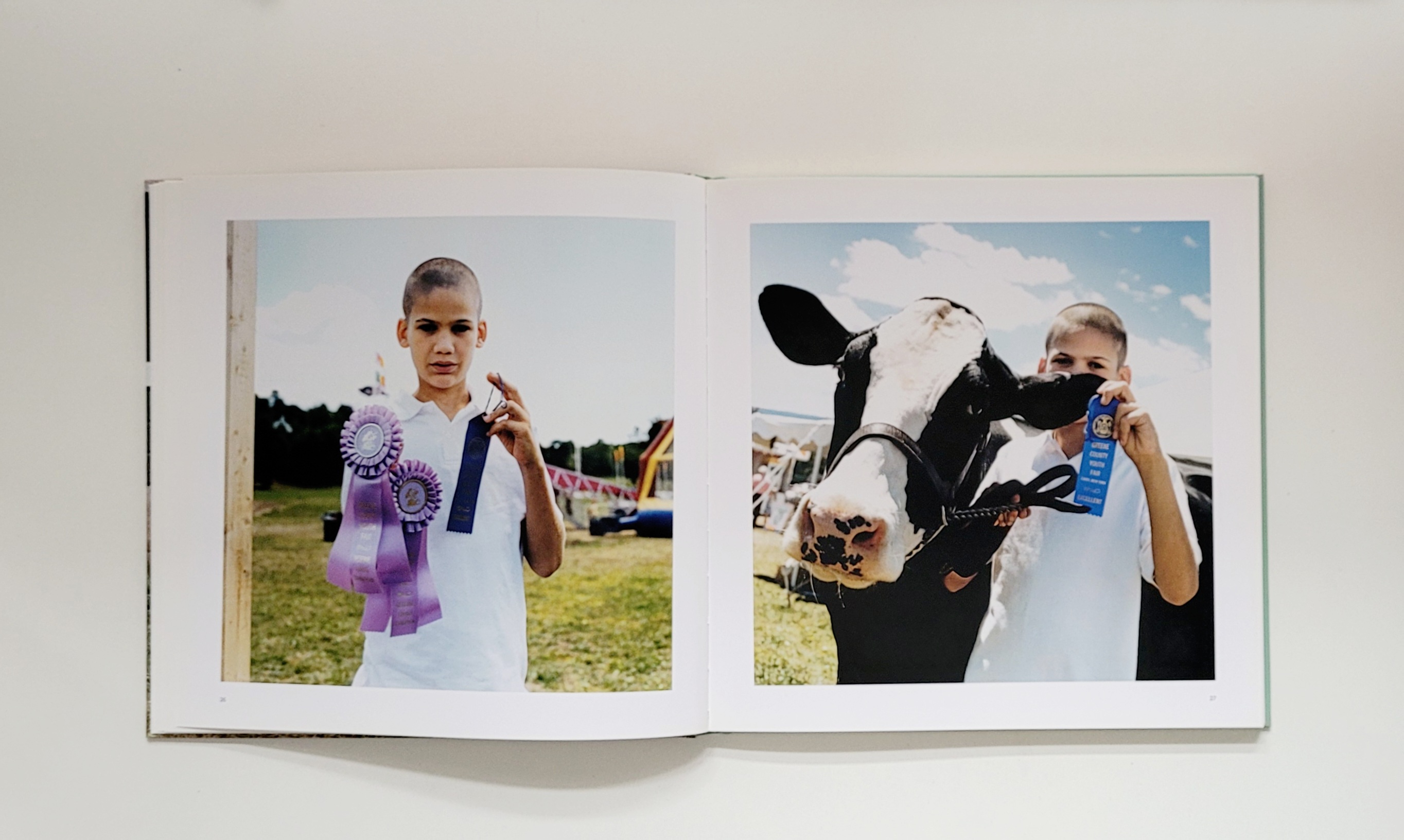 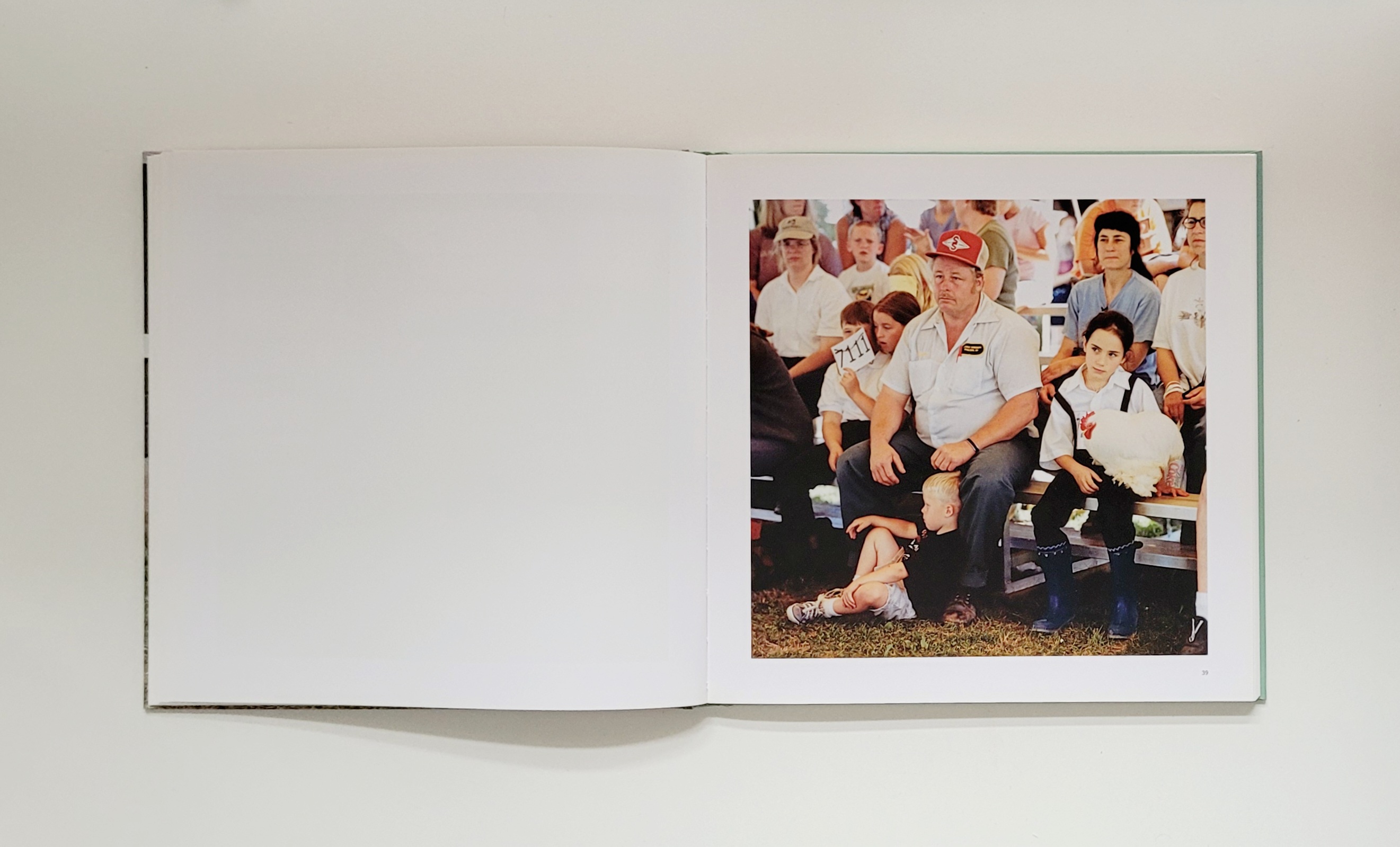 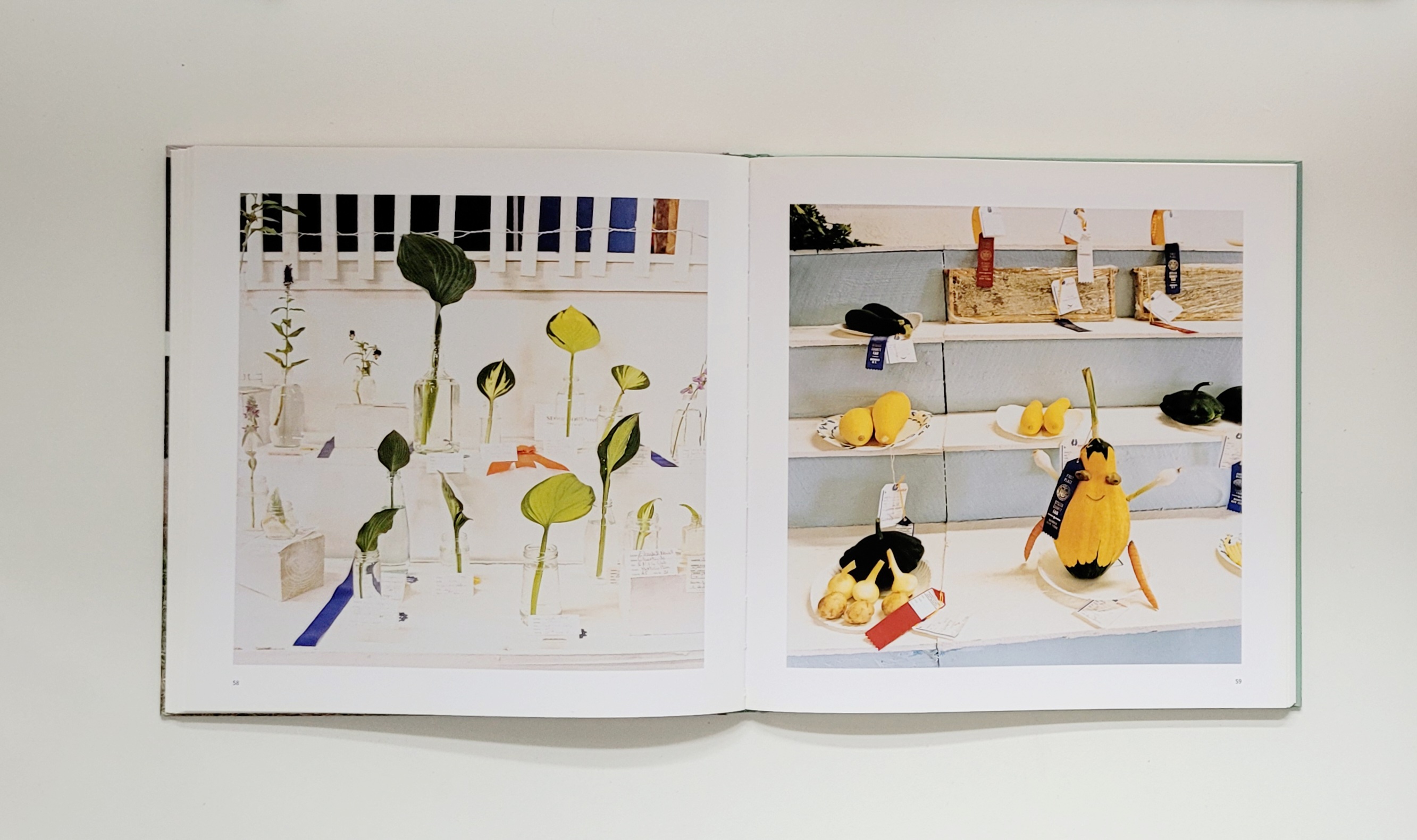 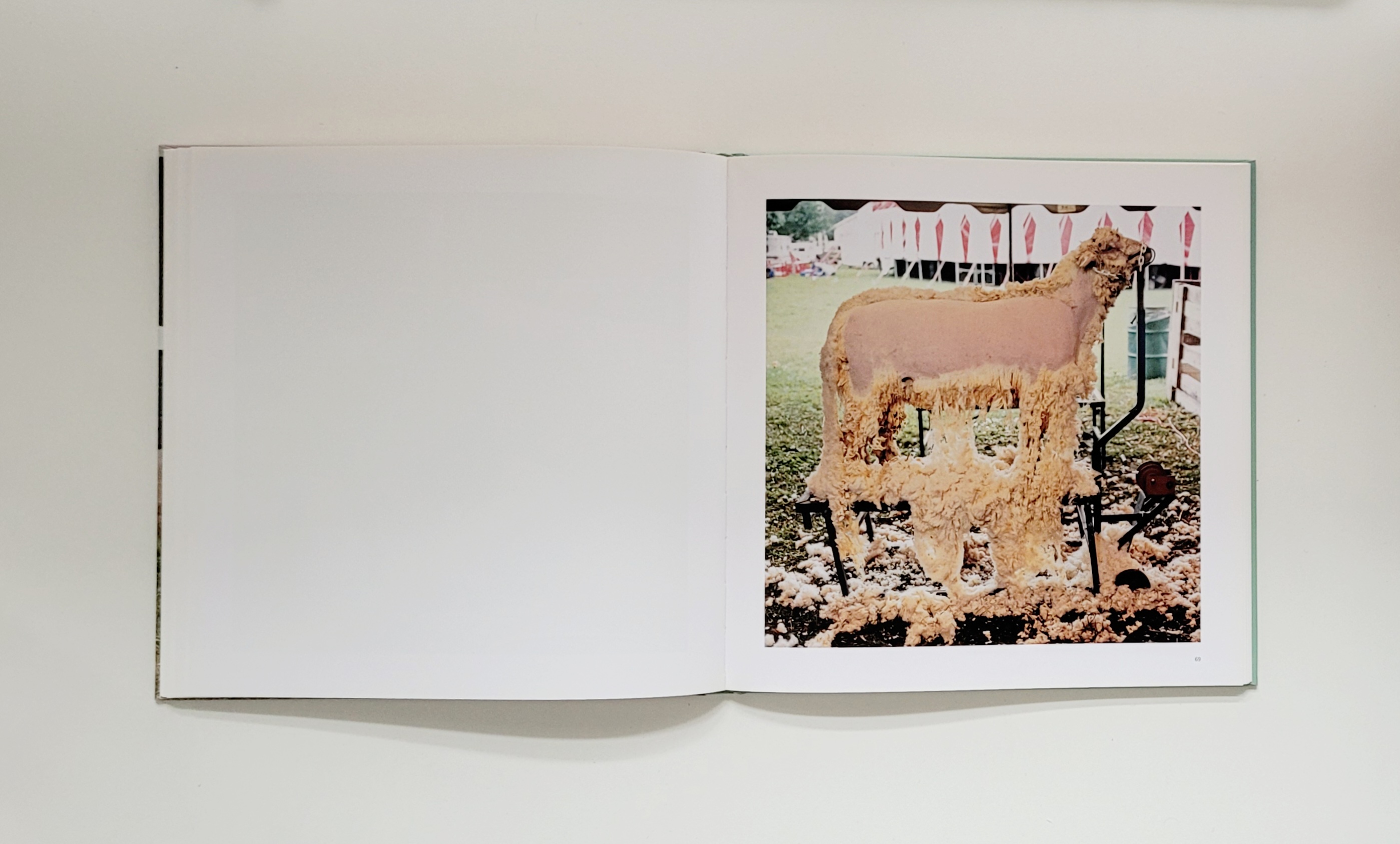 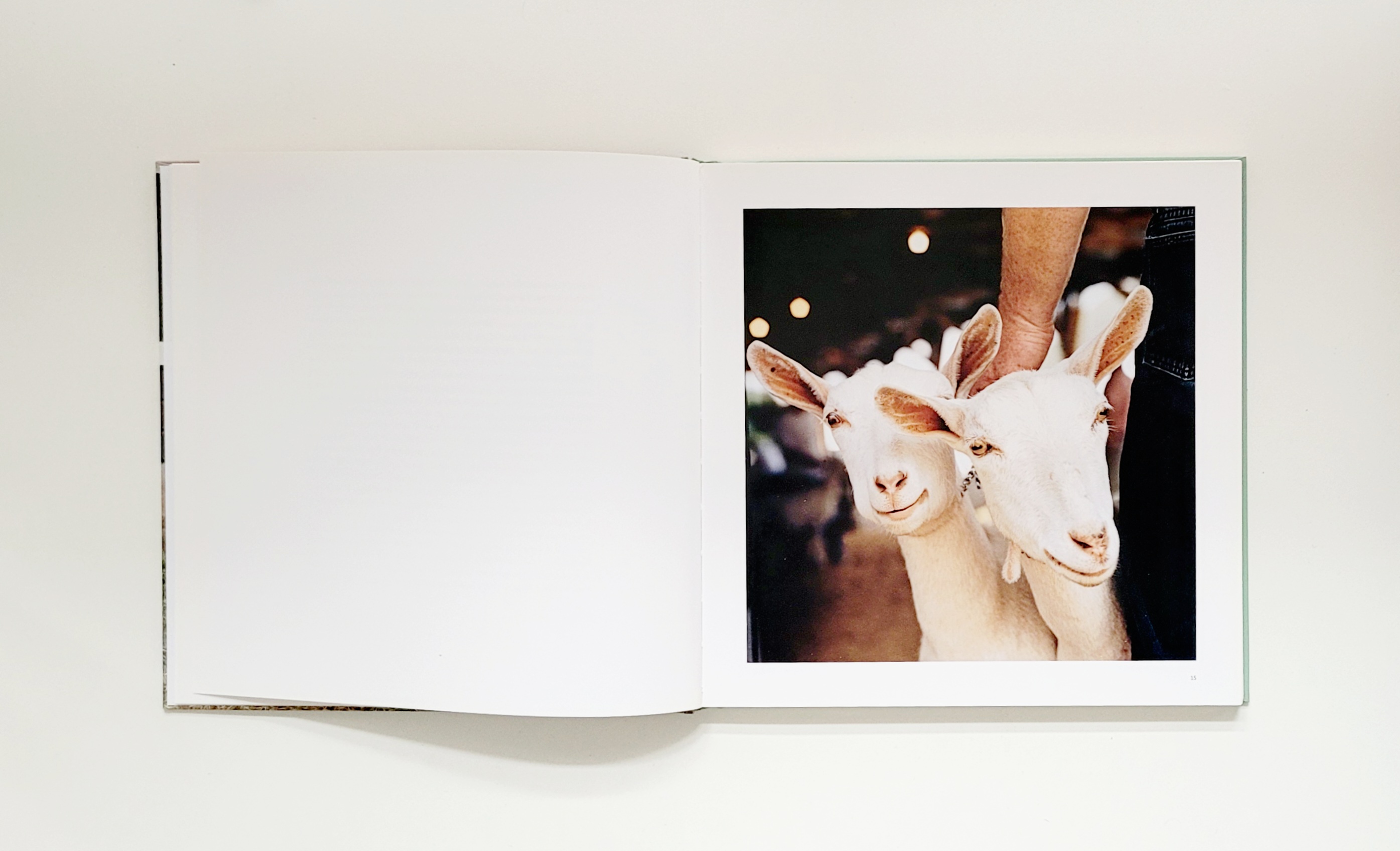 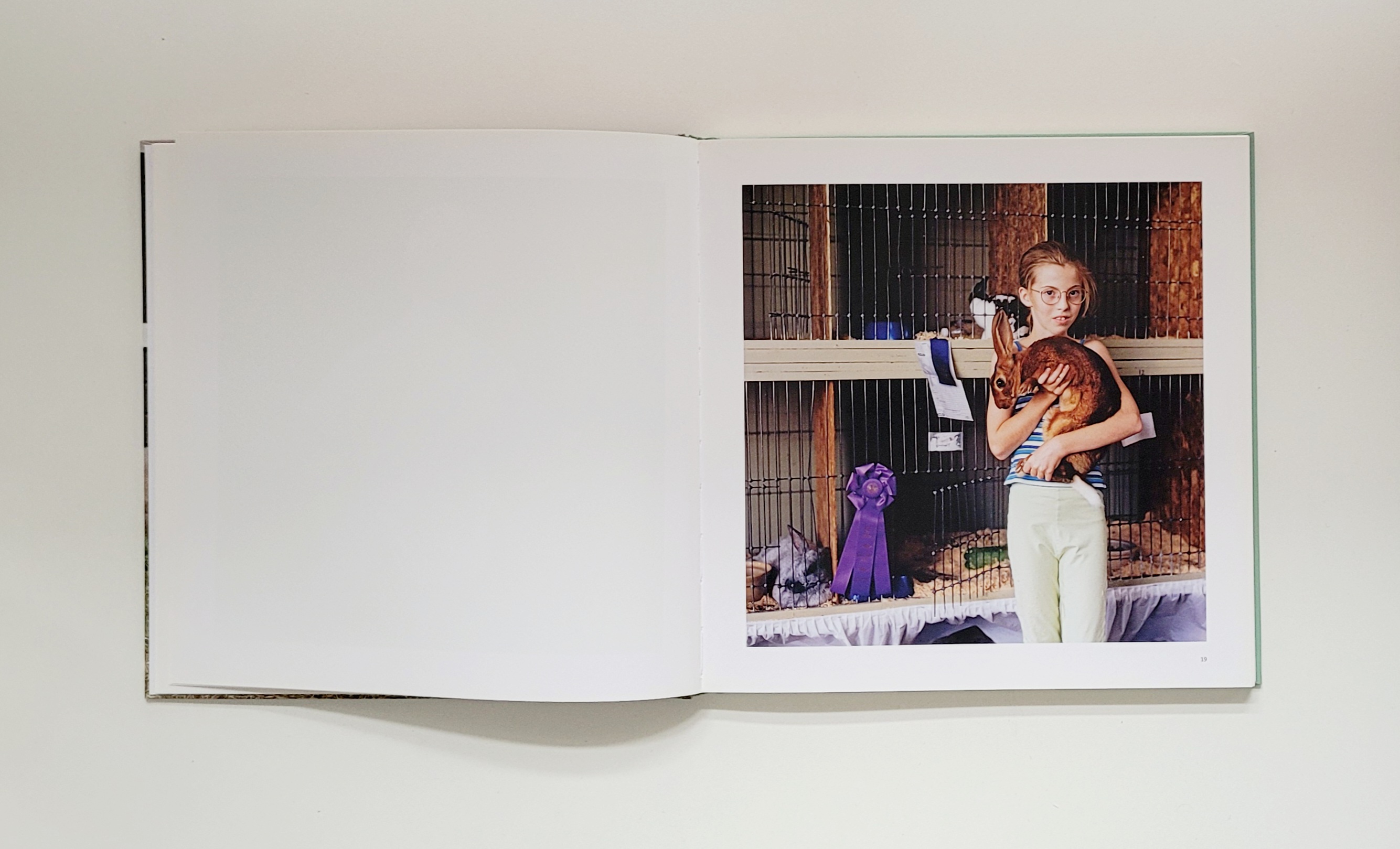 I would like to dare a small insertion, shifting the focus a little, away from Nelken’s intention, which of course was not to initiate a debate about livestock farming.
As an outsider, you get the feeling that the animals on display here are not just mere commodities, not just an asset in a huge meat factory hall where animals never see the sunlight, never experience what it’s like to feel grass under their hooves. And yet, for city dwellers, this world seems not only foreign but also alien. Even if the animals are awarded more space, more quality of life than others, at the end of the day there is suffering and death. Cows lying behind the buffet, relaxing, while the remains of the hot dog and the burger lie on the table. That is maximum ambivalence.
Whether the hard work that the current generation can still rely on, albeit less and less, will pay off for future generations is more than questionable. Small farmers can hardly survive, let alone win, in the competition with global corporations. If they disappear, so does an entire culture. In 20 or 30 years, Dan Nelken’s work will have become a relic.