In 1974, the film Westworld was released. A new kind of amusement park with androids running amok. A dystopia about the dangers of new technogies when humans give up control. Almost 30 years later, Wes Anderson appeared on the scene and with him his style of exaggerated symmetry, retro elements, pastel tones.
Paul Hiller’s „Happy Sad Souvenirs“ brings the two together. Of course, there are no robots running amok in today’s amusement parks, but only because they don’t exist yet, but Hiller describes a different kind of dystopia. A place where one is supposed to feel good on the surface, have fun, act carefree.
But behind the façade, perhaps not everything is as nice as it seems. 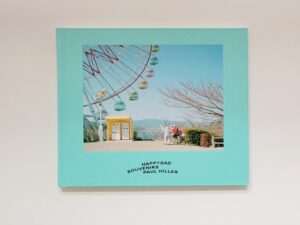 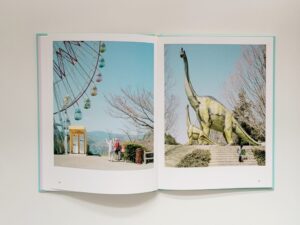 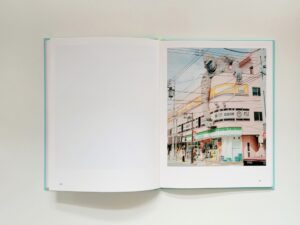 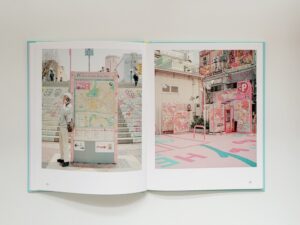 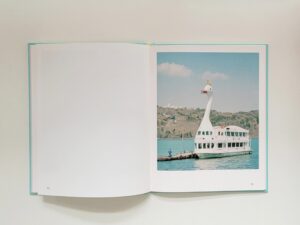 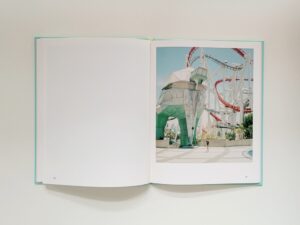 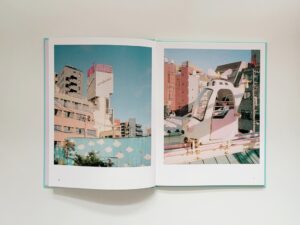 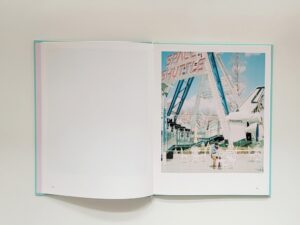 Hiller does not pursue an explicit, investigative clarification of the grievances of the entertainment industry. He approaches the subject much more visually, concentrating on the emotional component. He deconstructs the narrative of beautiful appearances. Man-made constructions and attractions that only serve the purpose of entertaining people, but without which they degenerate into a farce.
But here everything is colourful and sunny, and beautiful. Imaginative structures, giant robots, moving swans. And yet, a coarse veil of melancholy hangs over the scenery. It’s not only the absence of people, of laughing children, the presence of cleaning staff who remove even the smallest rubbish in the light blue stations that leads to maximum ambivalence. It’s the times after, when the parks are closed, or well, before, when they haven’t opened yet. The in-between times, without crowds, without crowds, but with a veil of melancholy. Hiller took his pictures in Asia, but they could be anywhere in the world. The global entertainment industry knows no boundaries and is universally readable. It is this „fake“ that only comes to light when we look at the attractions, the buildings in isolation.
And even that has its appeal, not only in the colours and forms, but also in the expectations we associate with them, fun, exuberance, escapism. Maybe it’s conditioning, maybe it’s just the will not to question everything.