When Graham revived his childhood memories in 1981 and revisited the A1, the longest motorway in the UK, the heyday of the British lifeline linking Edinburgh to London had been over for 30 years. Once, the A1 provided a busy trade route between the industrialised north and London in the south of England. In the 1950s, it became increasingly irrelevant; the newly built M1 proved to be faster and more efficient. This relic with which Graham has so many memories, which he travelled countless times with his parents as a child, this industrial artery that kept England alive, he tried to understand 25 years after his childhood.

These four hundred miles shape up as a journey into the past, not only Graham’s, but also that of a once great nation that had just suffered under Thatcherism in the 80s. The results are images that hardly differ from those of Graham’s childhood. The same motels, pubs, restaurants, petrol stations, they continue to be sites of short stay, of necessity. As much as our society is evolving technologically, as fast as new cars are, as safe, comfortable, and interactive, these motorway service stations seem fallen out of time. Men in blue coats, truck drivers eating their breakfast, waitresses in their uniforms, car salesmen waiting for potential customers. No one is here by choice. Yet there is a big distinction, here the tourists who stop by once a year to rest for a few minutes, there the long-distance drivers, the professional drivers who make their stops regularly. For them, these are not just places that you quickly leave again, they are places where they find rest, relaxation, conversation. Yet they remain unavoidable, not a home. It is the details and the people that most overlook, the ketchup bottles on the tables that are replaced once a year, the exhausted workers, the always friendly waiters.

What makes Graham’s work extraordinary is not just his subject – who would be interested in a long-discarded trunk road – it is his intrinsic interest in the places and the people, who really do tell their own little story in every picture.

Who are the men who read their newspapers, what interests them now, the sports pages, or the politics section? 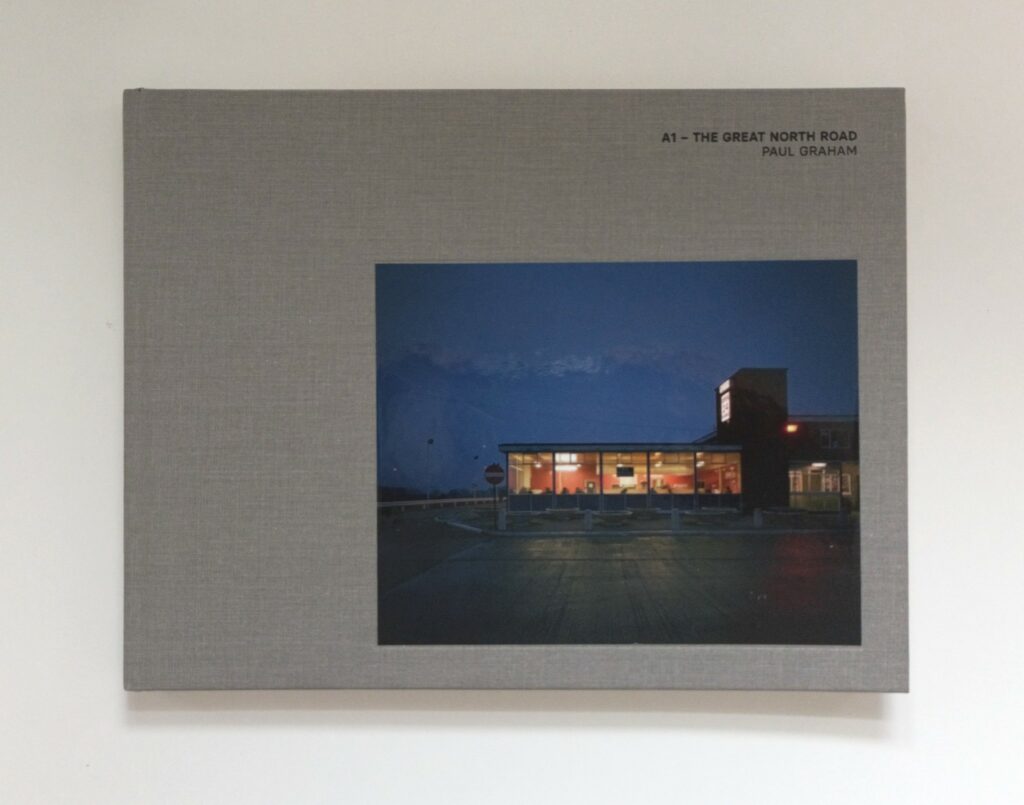 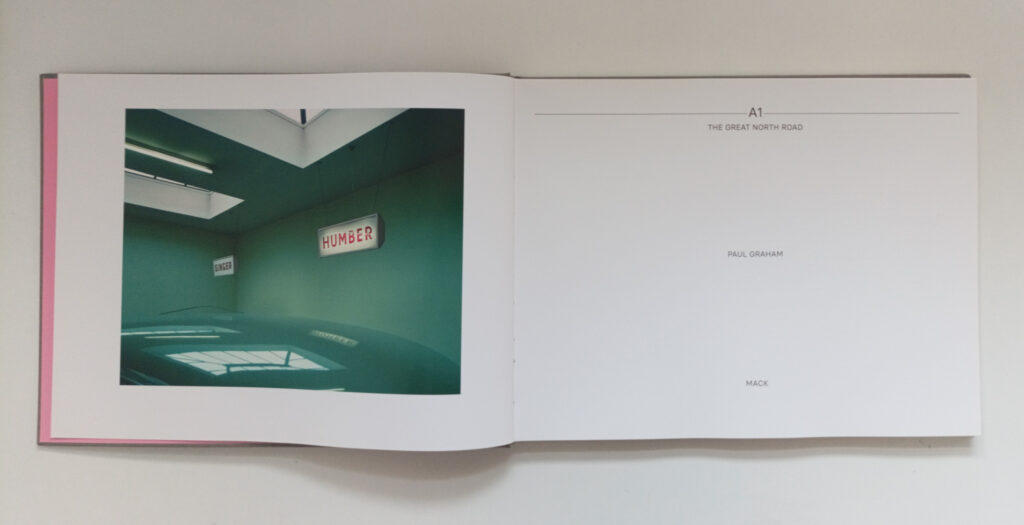 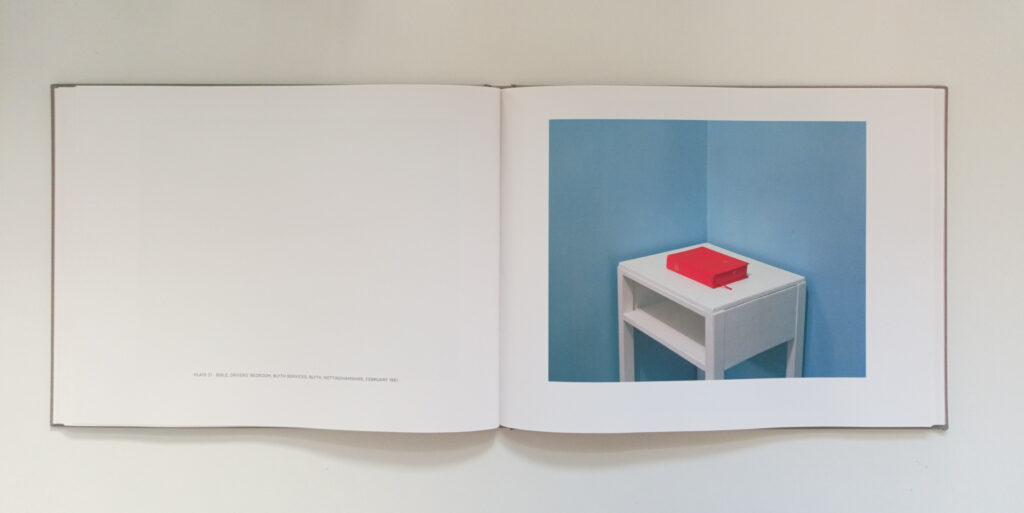 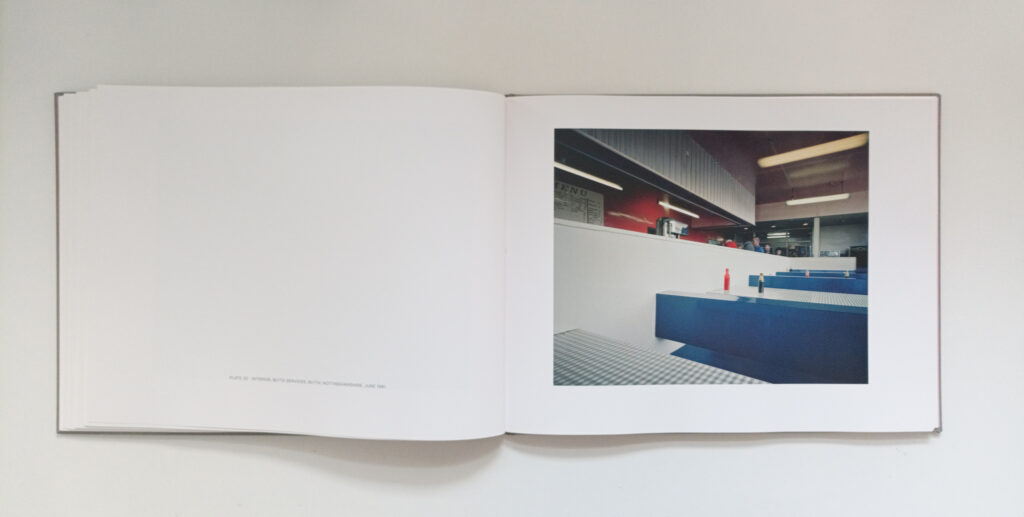 Are their wives and children waiting for them in the evening or do they have to be on the road for several days? Or the red bible on the table? Is there a use for it? Aren’t people much more occupied with their everyday worries?

Findings also stand out, because you wouldn’t want to change places with anyone, it’s monotonous work that people do there, whether as long-distance drivers or waitresses. So, this is also a portrait of a class that was neglected by Margaret Thatcher, especially at that time, hardly offered any opportunities for social advancement, but still yielded just enough wages to be able to survive.

Even the surroundings match the dreariness. Power stations, industrial plants, business parks, on the southern horizon the London skyline, huge chimneys suggesting industrial plants, for a change a flock of sheep peeps by. Graham offers a universal narrative about a changing country, but also about mobility, which used to be exclusively by car, while today’s journeys, stretching over six hundred kilometres, are either by plane or train. The A1 may have its own flair, its own history, but everywhere in Western Europe you can find such motorways, which seem anachronistic then as now. For a few minutes or sometimes an hour, they take the pace out of the speed of the motorway. And from the hectic lives of the drivers. They may not offer a home, but at least a reminder of it, even if only for half an hour.