All metropolises have their charm, history and uniqueness, but only Hong Kong has that certain something. Not only the turbulent history, especially as the last bastion of democracy within the Chinese empire. As if Hong Kong served as a blueprint for an utopian mega city. Of course, Hong Kong is noisy, very noisy, the traffic, the construction sites, the constant change, the masses of cars, bicycles, the inevitable hustle and bustle. A cacophony of noise resounds on every street corner. Hong Kong is also dirty, the garbage lying on the street invites the local rats to a feast. But not only them, people also get their money’s worth, everywhere smells and smells of food. The markets full of fast food, fake brand clothes, while three streets away the luxury brands have their branches.  The city was a driving force for art, culture, especially for the film industry, so offered more than one could possibly handle in a human lifetime.  Michael Wolf shows us a different Hong Kong, he does not deconstruct his city, where he lived for 25 years, just adds a facet. One that tourists don’t know but is essential. A world that the expats who work in the posh Financial District never get to see. Where, then, do the cab drivers, cleaners, chefs, waiters, deliverymen live? It’s not the luxury apartments in Central or Tsim Sha Tsui. It’s not the fancy glass palaces with stunning architecture, it’s the concrete castles in Shek Kip Mei or Mei Foo Sun Shen. Completely interchangeable, distinguishable only by their color or minimal architectural subtleties, planted by the dozens in the landscape simply to make room for the countless workers who cannot afford the exorbitant rents in the fancy districts. Michael Wolf does not show us a documentary work, certainly not one that is explicitly socially critical; his work emerged more by accident as he robbed the shots of their edges, their ground, their sky. Like a film without exposition, Wolf throws us right into a Hong Kong that many don’t know. It is a sober, functional Hong Kong without glamour. 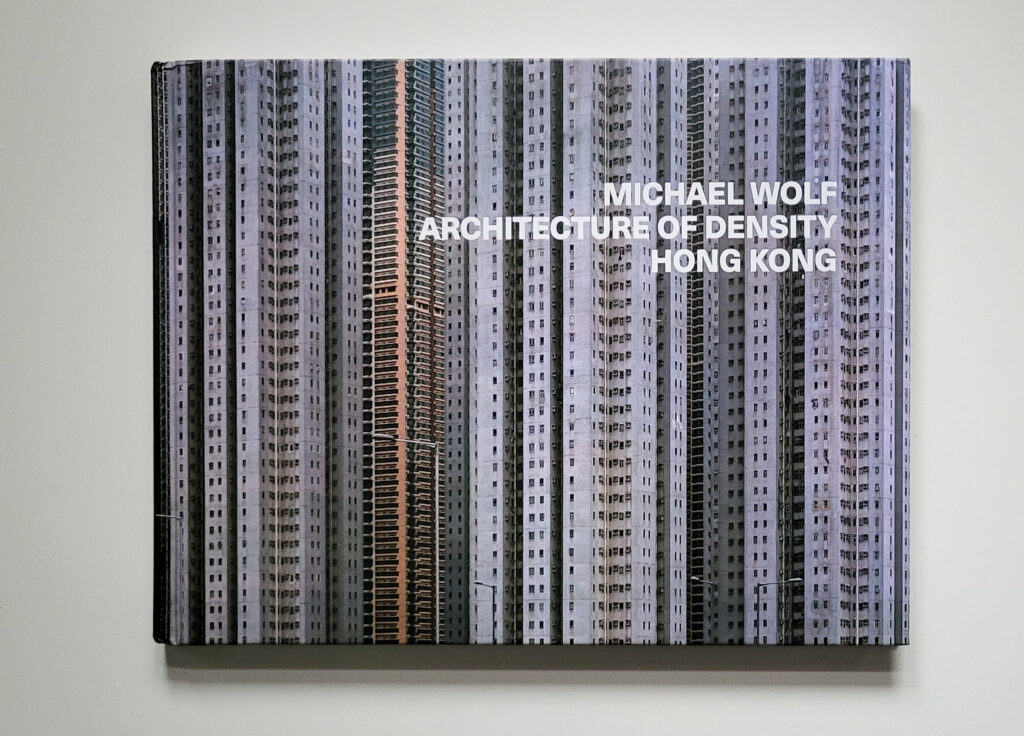 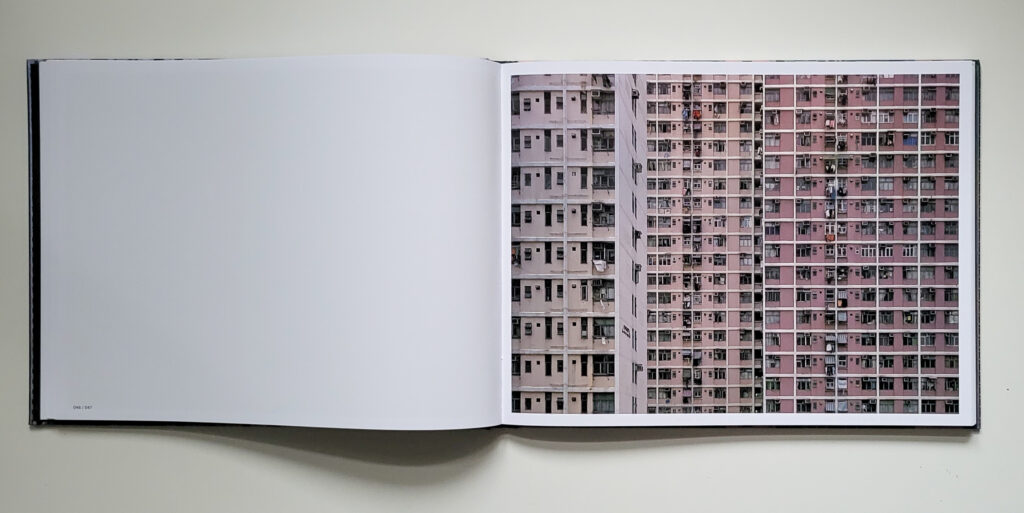 Without evoking the above-mentioned sensory perceptions. Instead of positive connotations, tristesse, uniformity, pity stand out.  The buildings look like monsters of glass and concrete, devouring heaven and earth; only at second glance are there isolated remnants of human existence. Clotheslines, bird feeders, air conditioners. Some seem like cries for help: A single towel hanging out of the window. Small bonsais that just fit on the outer window ledge but are swallowed up by the gray mass. Many seem like a fortress, a prison.  Also, because the people themselves never appear. There are only two options: not wanting to be seen, the right to a private sphere, even in these massive housing silos, or not being allowed to be seen. The first reflects reality, the second delights our imagination. Locked up, spontaneously on the run, there we come into the assertion of an apocalypse.  But back to reality: questions I ask myself: how do these thousands of people, in this small space get along with each other? How much do you have to hold back your personality in order not to attract attention, not to annoy the neighbors with loud music, with cooking smells? He leaves us to wonder what is going on behind the facades. And gives us minimal clues. Considering the Chinese government’s zero covid policy, Wolf’s work appears in yet another light. The strict lockdown forced people to stay in their homes. While the measures were not as strict as in Mainland China, there was still an obligation to stay in the apartments, depending on the situation. The desperate cries and screams from other cities in China are still familiar. Imagine the situation of staying in mini and micro apartments for days and weeks. With no chance to leave their own cramped walls. And here we tie in with the dystopia from above, now the supposed prisons have become reality. This new edition of the book, published in 2012 and out of print, gets more pictures and one must be grateful to the publishers to publish this masterpiece again.